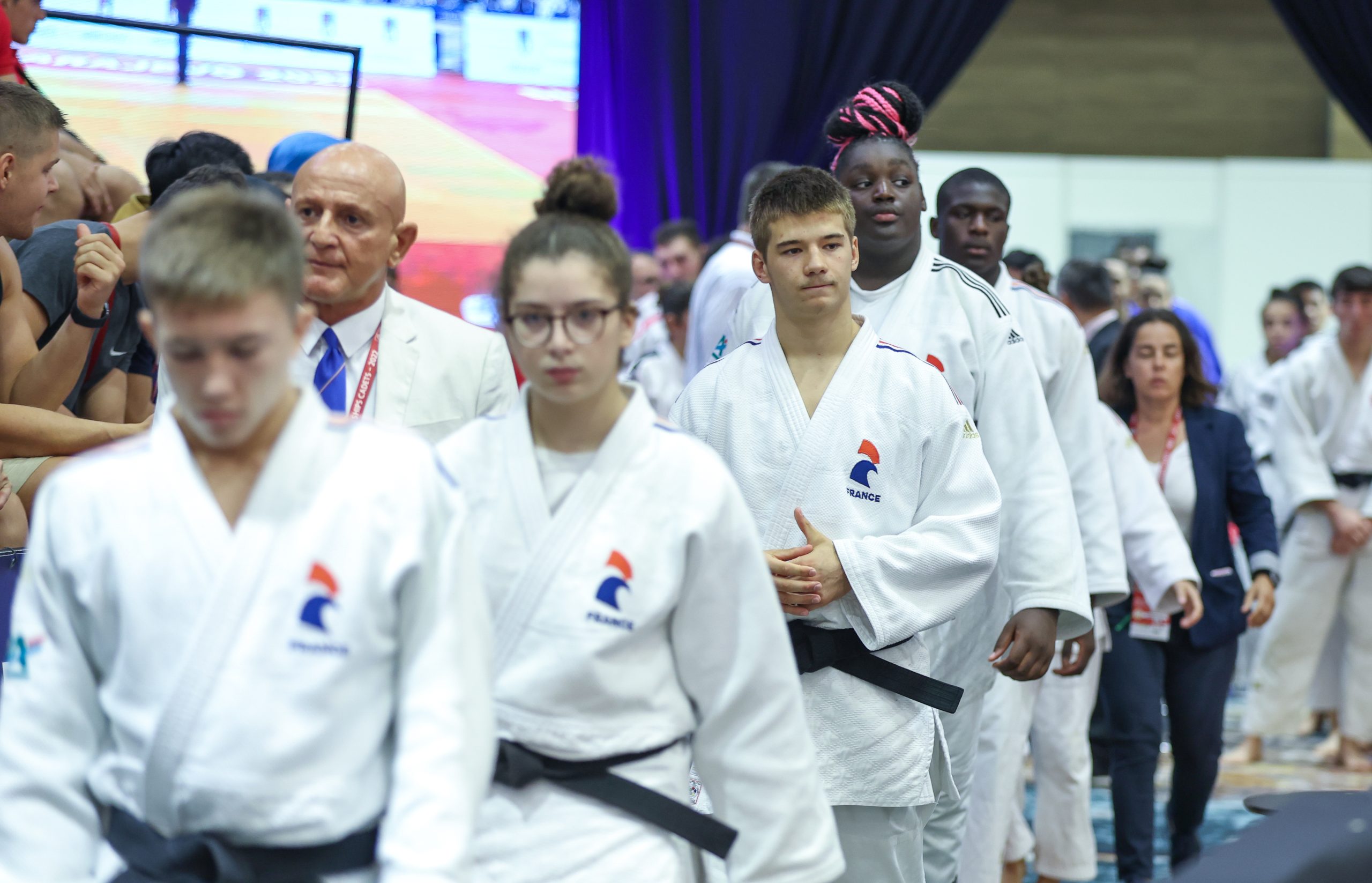 On the last day in Sarajevo, the mixed teams gave their all and demonstrated true judo spirit.

Uzbekistan will take on Tunisia for the first bronze and Ukraine will compete against Türkiye for the second.

It was difficult semi final for Ukraine against the eventual winners, Azerbaijan, with the head to head resulting in a draw. The -60kg athletes, Nizami IMRANOV (AZE) and Nazar VISKOV (UKR) were the ones to decide. Already Imranov had a win over his opponent and this could have been an opportunity for Viskov to redeem the prior loss, however it wasn’t to be and Azerbaijan were sent to the final. Unfortunately for the winning team they lost a competitor, Fidan ALIZADA due to injury in her -63kg contest.

Next up was Tunisia against France. With the latter already ahead going in to the battle, Tunisia lacking a +63kg athlete, Tunisia were already playing catch up. Karim GHARBI (TUN) started that chase in the +81kg category with a tremendous ippon win, but France stopped them in their tracks, the final win coming from Kelvin RAY.

The final block will take place at 16:00 and can be found at live.ijf.org.