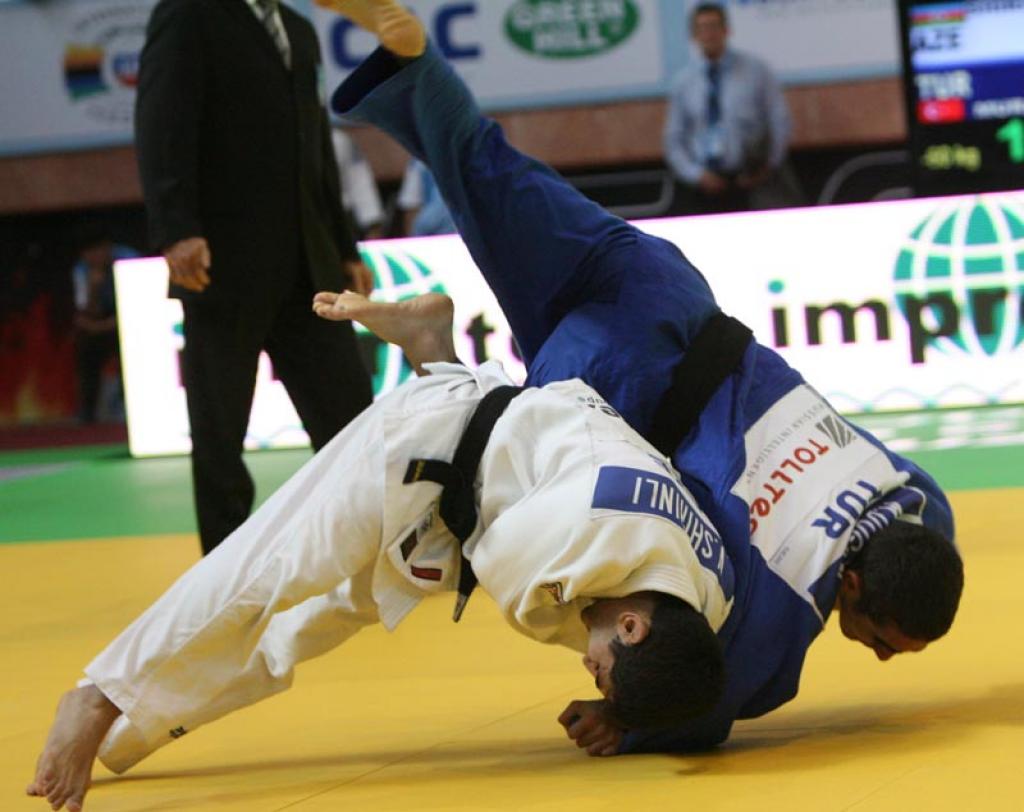 Azerbaijan took the first place at the medal table at the World Cup in Baku. Two victories for the host countries at the first day in the lightest categories. Vugar Shirinli won the U60kg category in an Azerbaijan final against his compatriot Ilgar Mushkiyev. Quite a surprise as Mushkiyev had won two World Cups this year in Tbilisi and Tallinn. 19-Year old Shirinli was able to defeat Mushkiyev and take his first World Cup victory.Two years ago in Baku Shirinli defeated triple Olympic Champion Tadahiro Nomura at the World Cup at the age of 17 and a golden future was already pointed out. Today he confirmed his outlook by taking the gold and winning four matches.
Bronze was won by Evgeny Kudyakov (RUS) and Arystan Shamenov (KAZ).

The event got an extra glance with a great opening ceremony as always organised by the Azerbaijan Judo Federation who has a good experience in organising big events. This year Baku was host of the IJF Grand Prix and the IJF Masters.

Shirinli’s compatriot Tarian Karimov won his second World Cup, two years ago he won in Baku as well. Then his opponent was Sarkhan Akhmadov (AZE), today he defeated Mehmet Durmaz from Turkey who won his first World Cup medal ever.
Karimov gained a reputation when he took the silver medal this year at the European Championships in Istanbul and defeated well known judoka such as Musa Mogushkov and Colin Oates. Now Karimov can be counted among the best and he did honour to his reputation and defeated the Turkish champion in today’s final. Durmaz defeated Italian Francesco Faraldo who was one of the favourites to win gold. The Italian won bronze today as well as Igor Soroca of Moldova who won his first ever World Cup medal.

Another judoka of Moldova became the fifth ever to win a World Cup for his country. Victor Scvortov won gold U73kg when he was victorious over Hasan Vanlioglu. Scvortov defeated Marco Maddaloni (ITA) in the semi final. Vanlioglu may have had the best chances for gold, he was the bronze medallist at the European Championships in Istanbul.

Review all results and watch all photos in our media gallery.