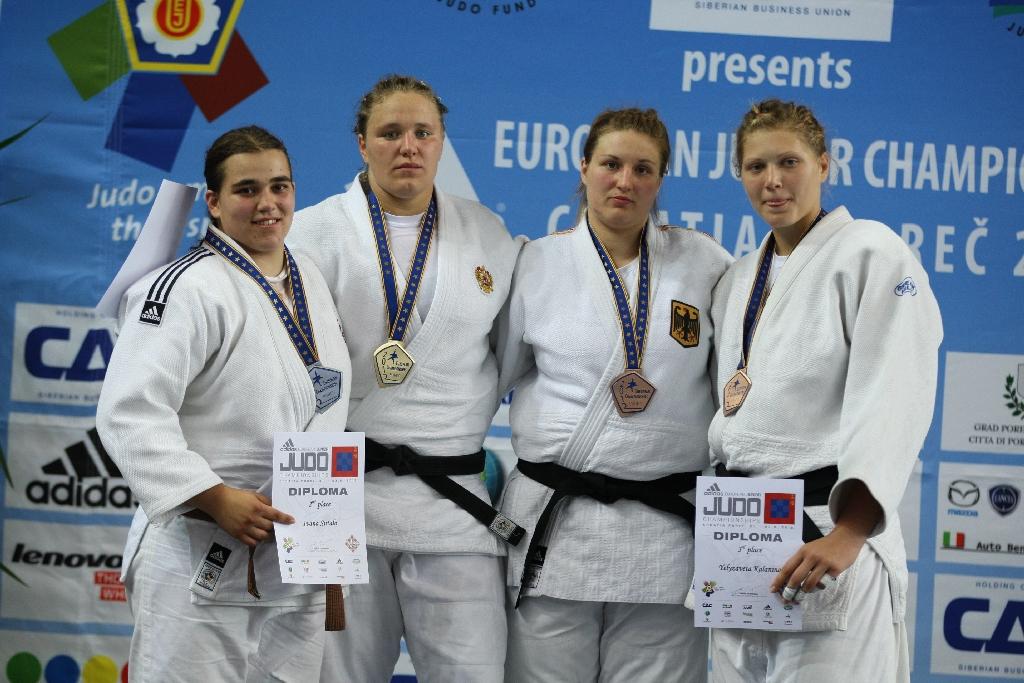 Again the popular Croatian song sounded through the hall when Ivalo Sutalo was the last Croatian to try to get the precious gold for her nation. The European Junior Championships was silver so far for Croatia and Ivalo Sutalo won five medals at European Cups this season. This was supposed to be her day and in the final she had to deal with Russian Aleksandra Babintseva.

The crowd supported Sutalo as never before but it was Babintseva who took the lead after 90 seconds in the match. A strong pressure on Sutalo who now had to make the match and prove her qualities. She was close to a score one minute before the end. The clock was ticking for Sutalo to prevent Croatia to collect three silver medals. She gave everything against the tough Babintseva who defended her way to the gold medal. Again gold for Russia and again silver for Croatia that hoped for gold three times.

Babintseva peaked at the right time. This season she had won one silver and three bronze medals in the European Cup circuit. In Leibnitz Sutalo won and Babintseva finished third. Babintseva gave the best smile after this heavy season.

Germany’s Carolin Weiss won the bronze this time by taking out French Anne M’Bairo in 55 seconds in her last fight. Weiss was defending champion but lost in the semi final against the strong Russian Babintseva.

The tall Yelizaveta Kalanina (UKR) claimed the bronze medal for the Ukraine against Turkish Kaba. The Turkish team started well at the first day but stayed on two medals this tournament, Kaba couldn’t change the number. Kalanina dominated the match and led from the beginning. 42 Seconds before the end she convinced everyone by a great score for ippon taking the bronze.