Backnumbers presented in the EJU congress 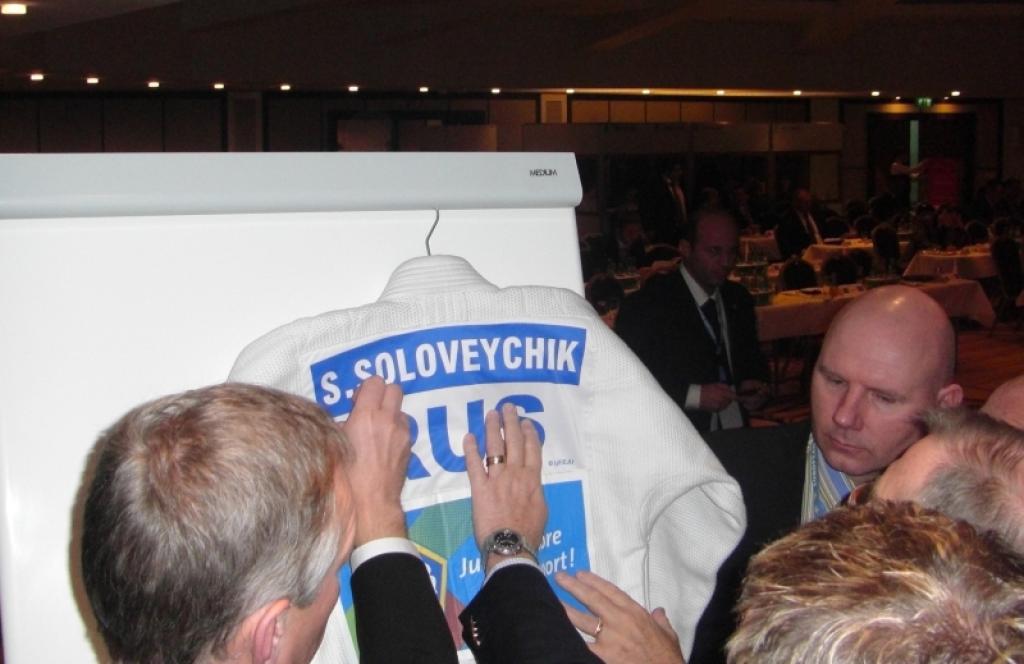 Marketing Director and Vice President of the EJU Otto Kneitinger explained the plans of the backnumbers to all representatives at the 61st Congress of the European Judo Union in Düsseldorf.
This platform was the perfect way to promote the new rules of the backnumber valid as of 1. January 2010.

Many federation have already ordered backnumbers for their athletes, but the athletes are responsible to wear the backnumber correctly to prevent disqualication. The backnumbers can be used at EJU and IJF events, and only the sponsor space can be changed for each event. However not in the way it was done in the past with sewing machines, but with a sticky and very successful backnumber that can be removed easily and within one minute the new sponsor can be added by a new sticker. The material is strong enough and approved by the refereeing commission.

Federations are urged to order the backnumbers as soon as possible as the production and distribution to all federations and individual judoka may take 4 weeks.

We would like to refer to the article about this published earlier.