BALARJISHVILI AND COVACIU SHINE AT THE PREMIER IN CHANIA 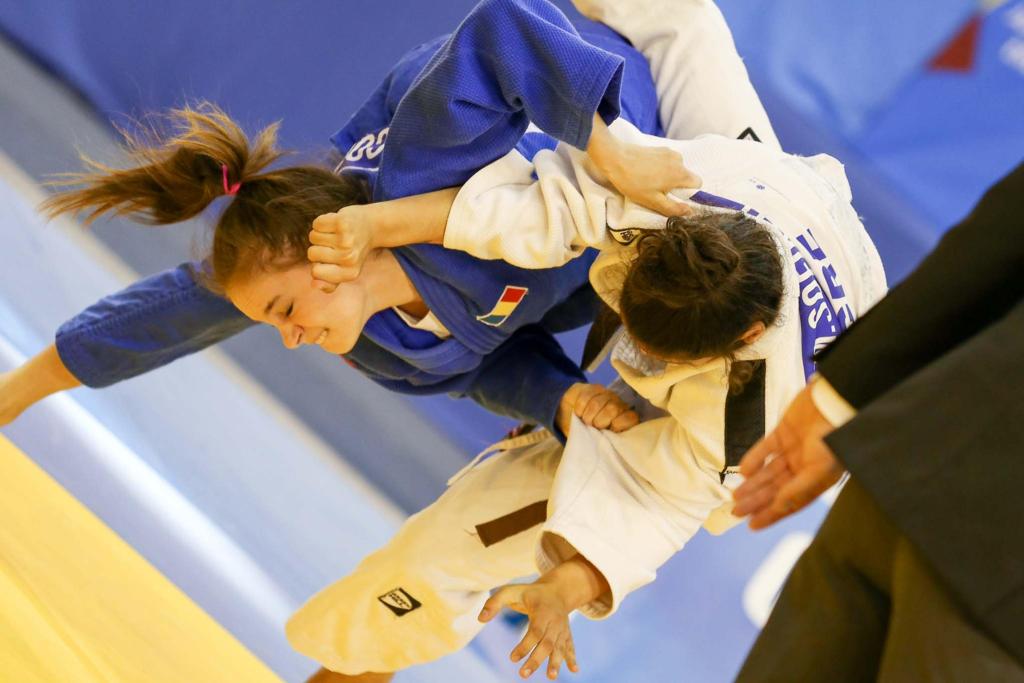 With Cyprus winning three gold and one bronze medal, including Georgios BALARJISHVILI at -66kg and Iasmina COVACIU (ROM) climbing to the top of the -52kg class, the curtain of Cadet European Judo Cup 2019 in Cladissos indoor gym of Chania was raised. The opening ceremony was honored by the Greek Deputy Minister of Sports, Lefteris Avgenakis, who had the opportunity to have a lengthy discussion with the President of the European Judo Union, Sergey Soloveychik, before the latter announced the commencement of the tournament.

For COVACIU, this was the sixth international medal in the current year but only her maiden gold. In the statement she made shortly after the award ceremony, her joy was evident; she said she was excited by Crete and Chania. COVACIU, who was third in June at the Cadet European Judo Championships and second in the team event representing Romania said:

I am very happy about this gold medal. I have worked hard for this success. During 2019 I have won several medals both inside and mainly outside my native Romania, but each one has its own significance. I will continue putting in the same dedication and passion. The competition was extraordinary, just like the town of Chania.

Last week Georgios BALARJISHVILI (CYP) was only 7th at the Cadet World Championships in Almaty, but in Chania he was not just on the winner podium but on the highest step in the -66kg category. The bronze medalist at the European Youth Olympic Festival 2019 said,

For the last four years I have been competing under the Cyprus national team flag. I feel happy because several times during the year I was very close to entering the finals, but failed because something went wrong in the end. Eventually, the much-desired final came in Chania and it was even accompanied by the gold medal. I would like to thank my parents, my coach, the president of the Cypriot federation and my school teachers who constantly support me when I am on duty competing abroad. By 2020 I will be ascending in both age and weight category. I will try to perform in the forthcoming World and European Cups as best as possible so that I can claim something remarkable in the respective leagues. It is evidently every athlete’s dream to go to the Olympics, but I’m in no hurry. I want to get better at every competition so that I can climb up the stairs until I reach the top.

Host Greece won seven medals at the premiere, namely two gold, two silver and three bronze whereas Russians failed to win the gold in either of the two finals they took part.