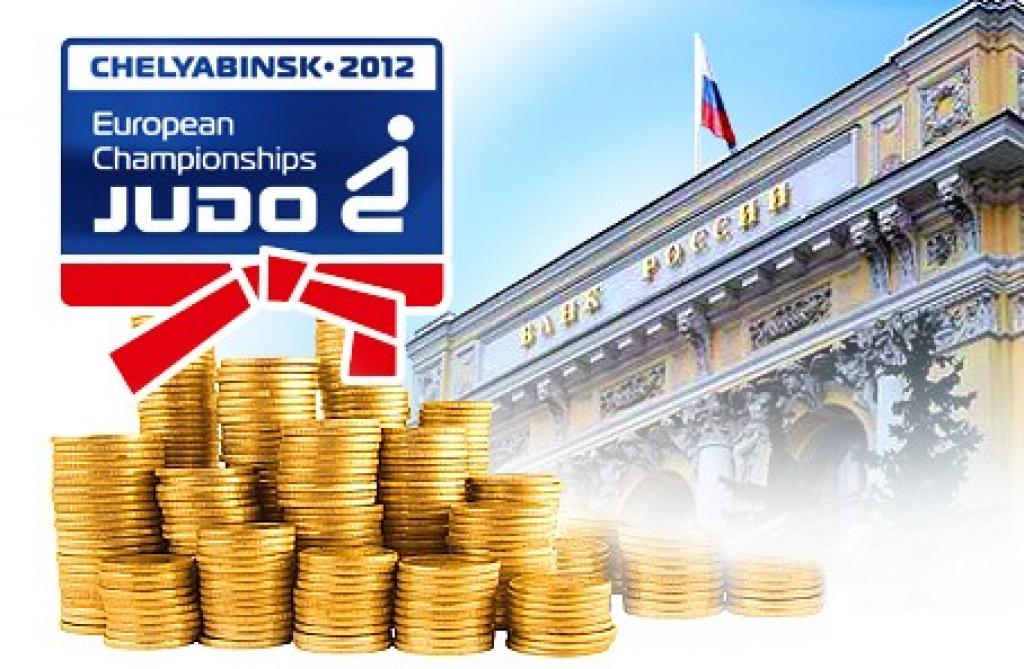 Euro-2012 will be produced in gold and silver. Next week, commemorative coins made of precious metals to honor European Judo Championships to be held in Chelyabinsk will be put into circulation.

The Bank will issue 3 thousand three-ruble coins and 750 fifty-ruble golden coins. The Bank of Russia officially declared that these coins may be used for cash payments in Russia without any restrictions.
The reader is reminded that Chelyabinsk won the right to host the European Judo Championships 2012 in 2009. Thus, this is the first time when Russia gained the right to host such large-scale judo competitions among adult sportsmen. Struggling for Euro-2012, Chelyabinsk defeated Rome, Budapest and Istanbul. The fact that this event will take place before the Summer Olympic Games in London is of high importance. The Championships will be held on the ice arena “Traktor” on April 26-29. One can buy tickets on the official web-site of the Championships http://eurojudo2012.ru/ (“TICKETS” tab), in arena’s ticket office and in mobile communication offices ”Evroset” through Russia.

“I am sure that we are able to conduct the European Championships at the highest level. We actively and extensively prepare for this event that will be a well-deserved award for the region as Chelyabinsk judo school is one of the strongest schools in the world. Our sportsmen often become Champion of the World and Europe and prizewinners of the Olympic games», – emphasized Mikhail Yurevich, Governor of the Chelyabinsk region.