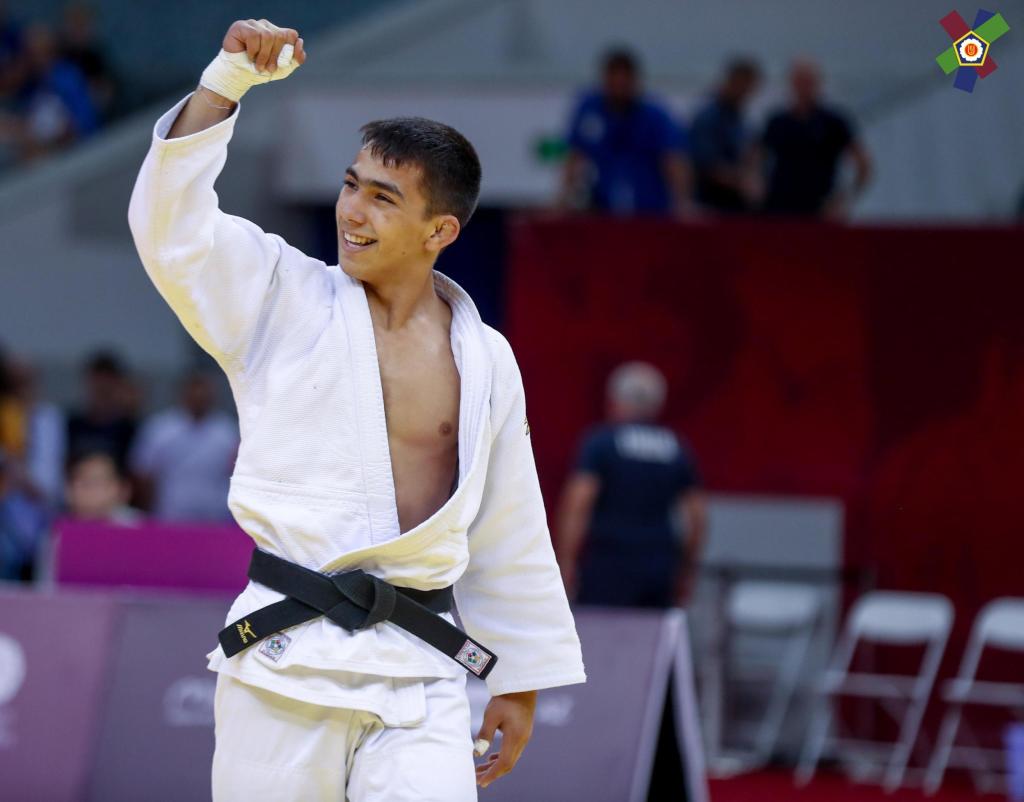 The first day of the European Youth Olympic Festival demonstrated just how popular and engrained the sport of judo is in Azerbaijan. Before the tournament even began in the Heydar Aliyev Arena, the Azeri home crowd filtered in, alongside families and friends who have travelled from across the continent to attend this spectacle and support the athletes from 40 National Olympic Committees.

It was clear the home crowd would play a large role in carrying their athletes through the preliminaries, roaring with each and every exchange. The -60kg young men took centre stage and the spotlight was certainly on the current Cadet European Champion, Turan BAYMAROV (AZE) from the offset.

Adam SAKER (AUT) had a blinding start to the day, kicking off the tournament and scoring a devastating ippon after an uneasy exchange against Georgian opponent, Kote KAPANADZE. Unfortunately for SAKER, BAYMAROV refused him the opportunity to attack and threw the Austrian beautifully with morote seoi nage to take the win, SAKER suffered an injury during the contest and sadly was unable to compete in the repechage rounds.

BAYMAROV’s second contest was against Mikis TONTINIDIS (GRE) who narrowly missed out on the bronze medal and once again displayed his extraordinary determination, executing a perfected seio nage early on in order to face the talented Muhammed DEMIREL (TUR) in the semi final.

The pair faced one other in the final of the Cadet European Championships a matter of weeks ago with BAYRAMOV coming out on top. Once again the athletes battled it out, exhausted going in to golden score with two penalties each and equally as determined to take the place in the final.

His belief in himself and with help from his coaches and supporters took him in to the final, anticipating yet another Cadet European Championship rematch, only this one would be a lot closer.

Rizan MAGOMEDOV (RUS) missed out on the final of the Cadet European Championship and was forced to settle for the bronze medal after losing out to BAYRAMOV and entering the repechage. Today he had no intention of being in that position again and going from strength to strength, found himself stood opposite his Azeri opponent to determine the next European Youth Olympic Champion. 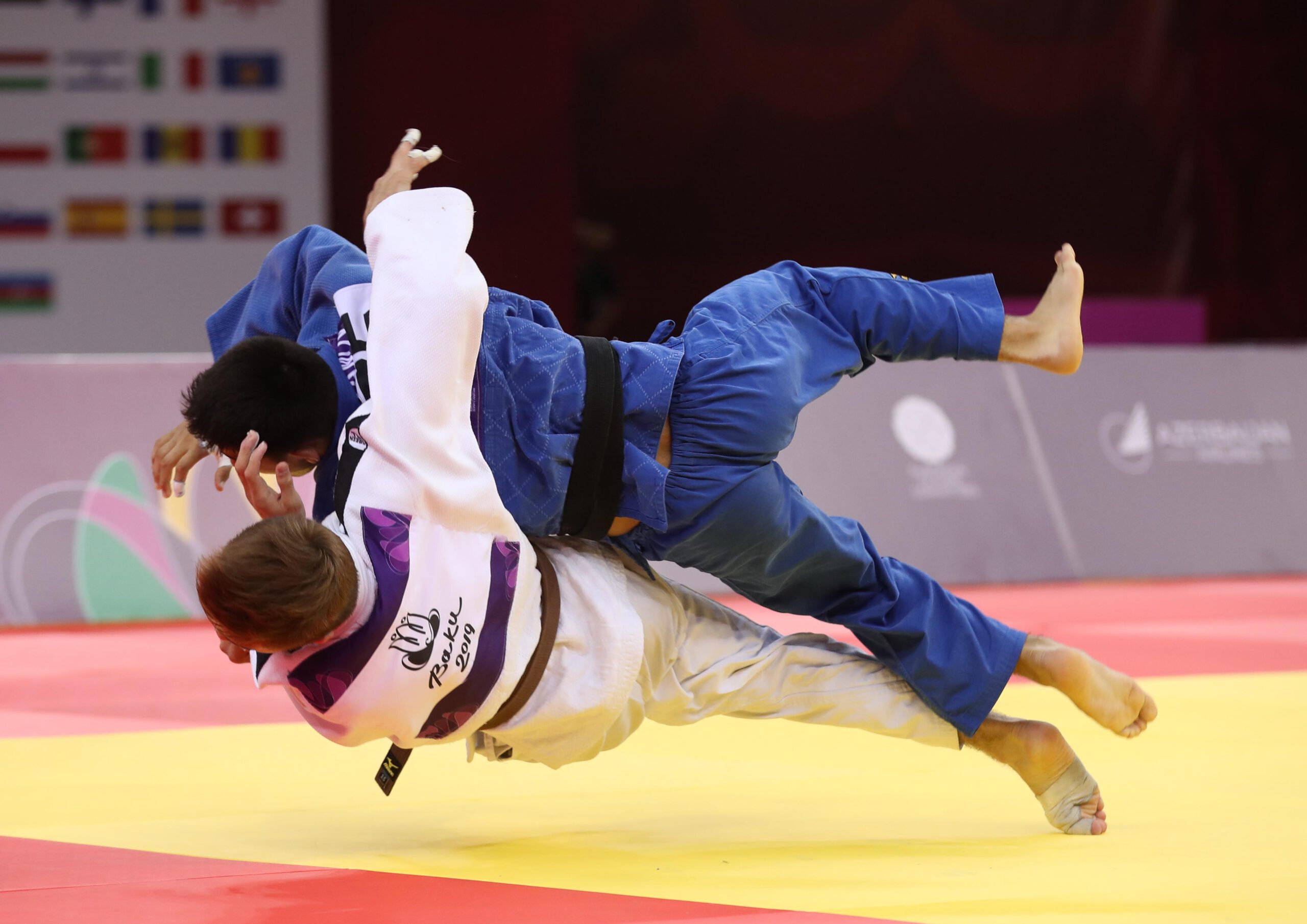 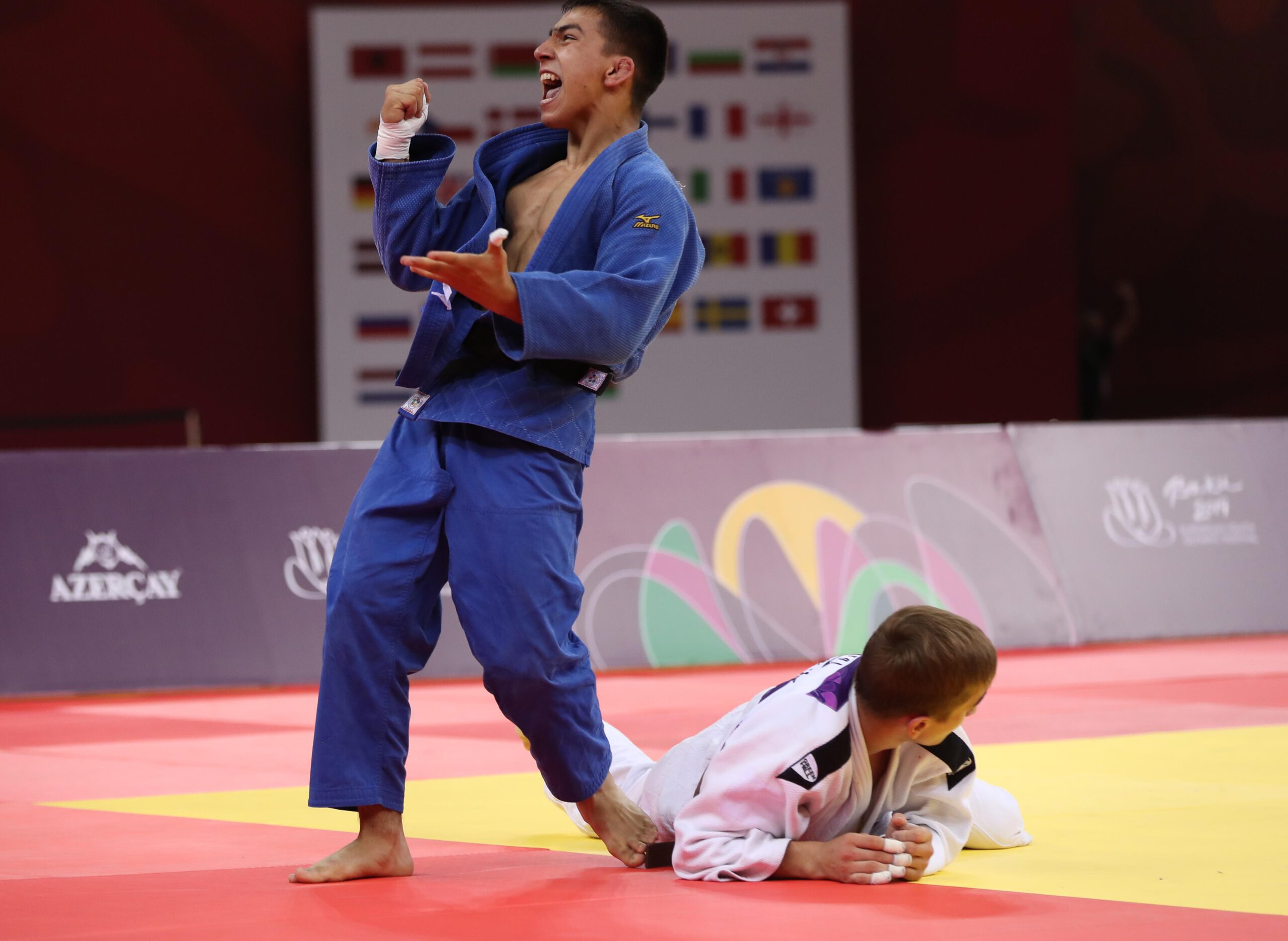 This was such a level playing field that the final contest went in to golden score and for a moment it looked like MAGOMEDOV might have the edge, but BAYMAROV was cat-like in his escape of a score. The winning waza ari score was a combination seoi nage in to a ko soto gake from the Azeri and instantly the crowd were on their feet and celebrated with the now Cadet European and Europe Youth Olympic Champion, a truly perfect final contest for first day of individual competition.

BAYRAMOV explains of this contest,

The final [against MAGOMEDOV] was as challenging in Warsaw as it was today, but I think we knew each other and I learned from him much more and even though it was difficult, I did it.

Azerbaijan took two other bronze medals today in the -55kg category from Shukan ZAMANLI and Gulshan BASHIROVA in the -44kg category. Both of these athletes were also outstanding with very impressive judo. 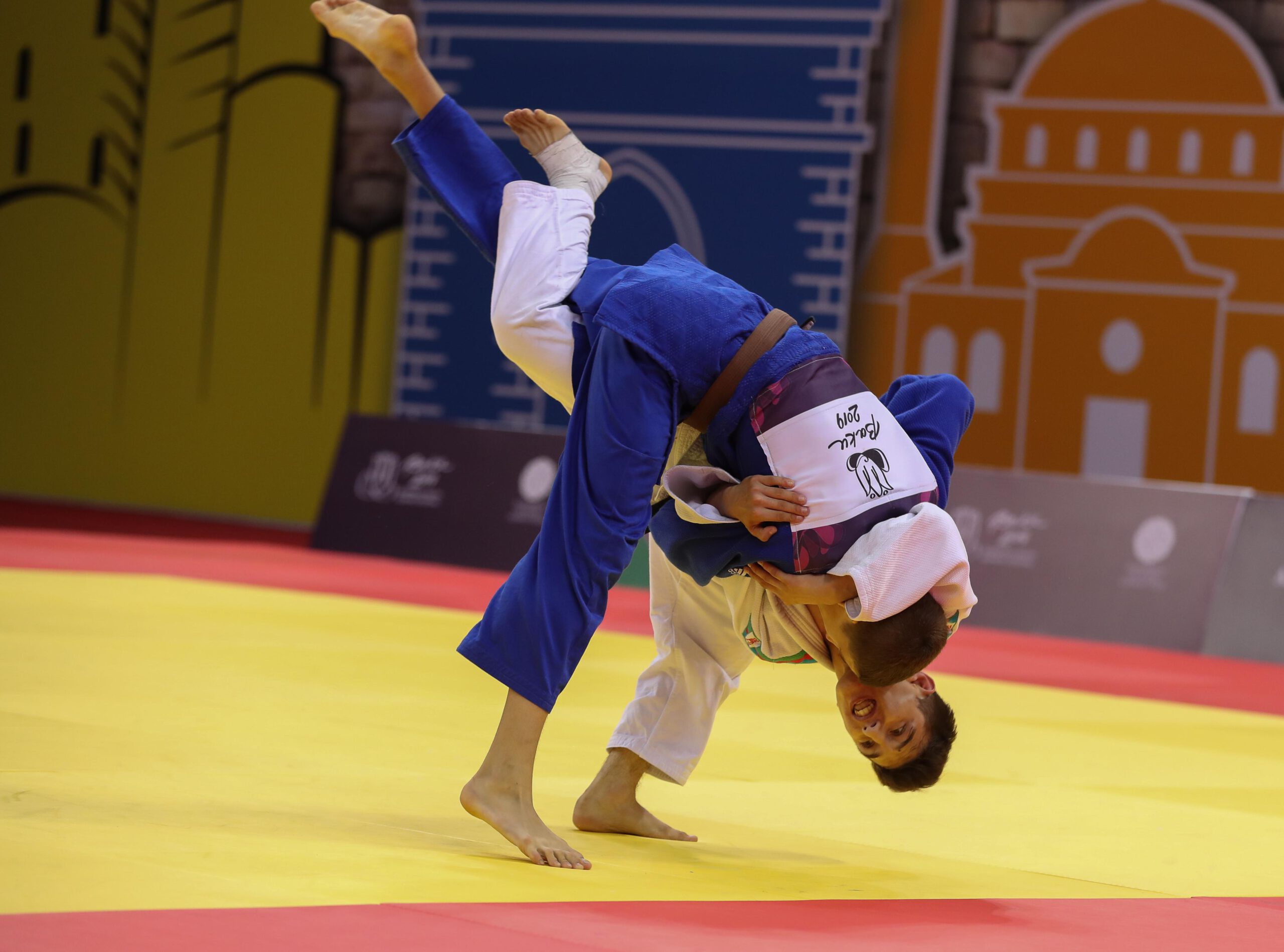 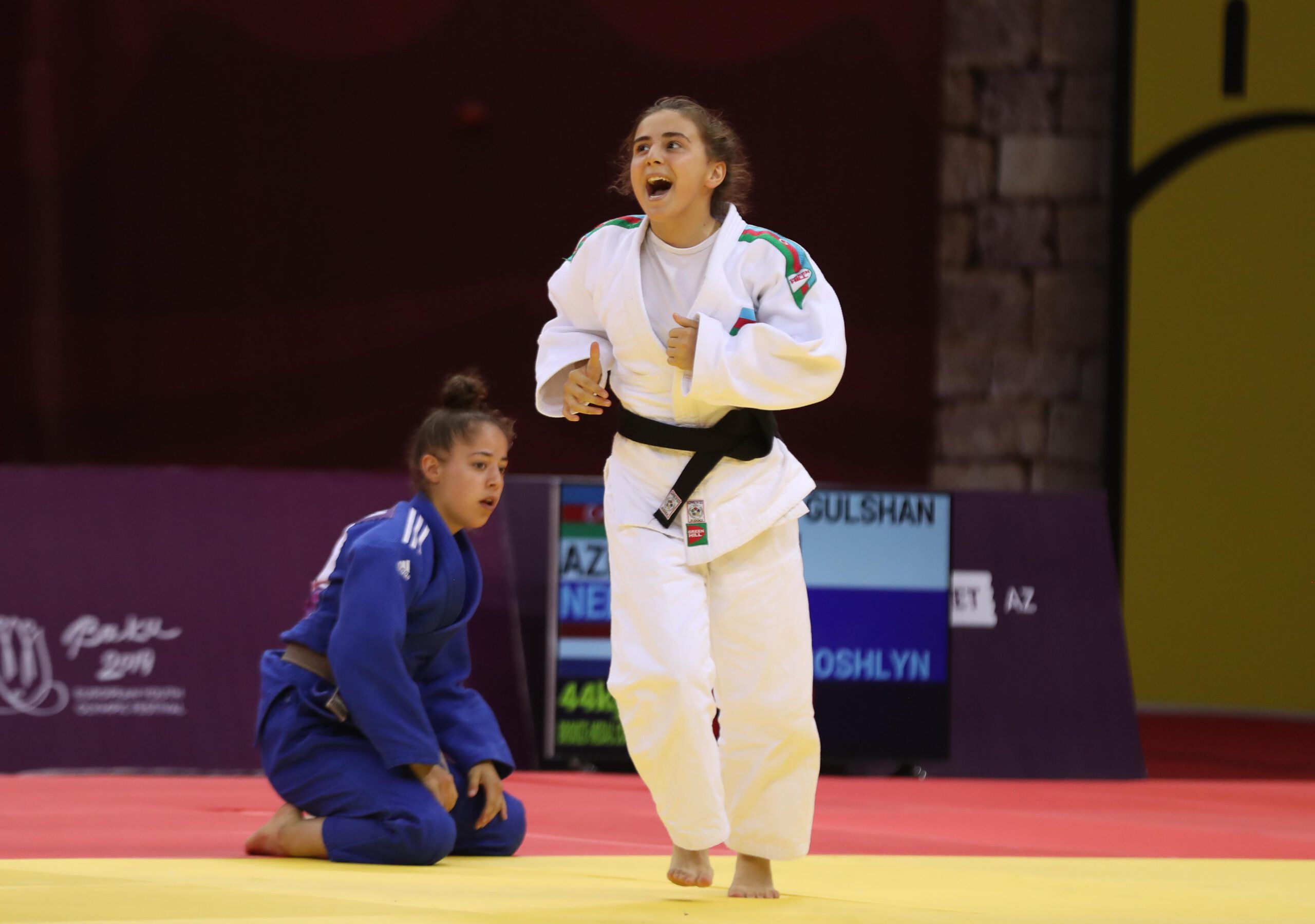 The level of judo was extremely high amongst the young athletes today and we anticipate there will be much more to come over the next few days. All of the medallists put in outstanding performances and their teams contributed to the wonderful atmosphere that will undoubtedly continue throughout the week here in Baku, Azerbaijan. 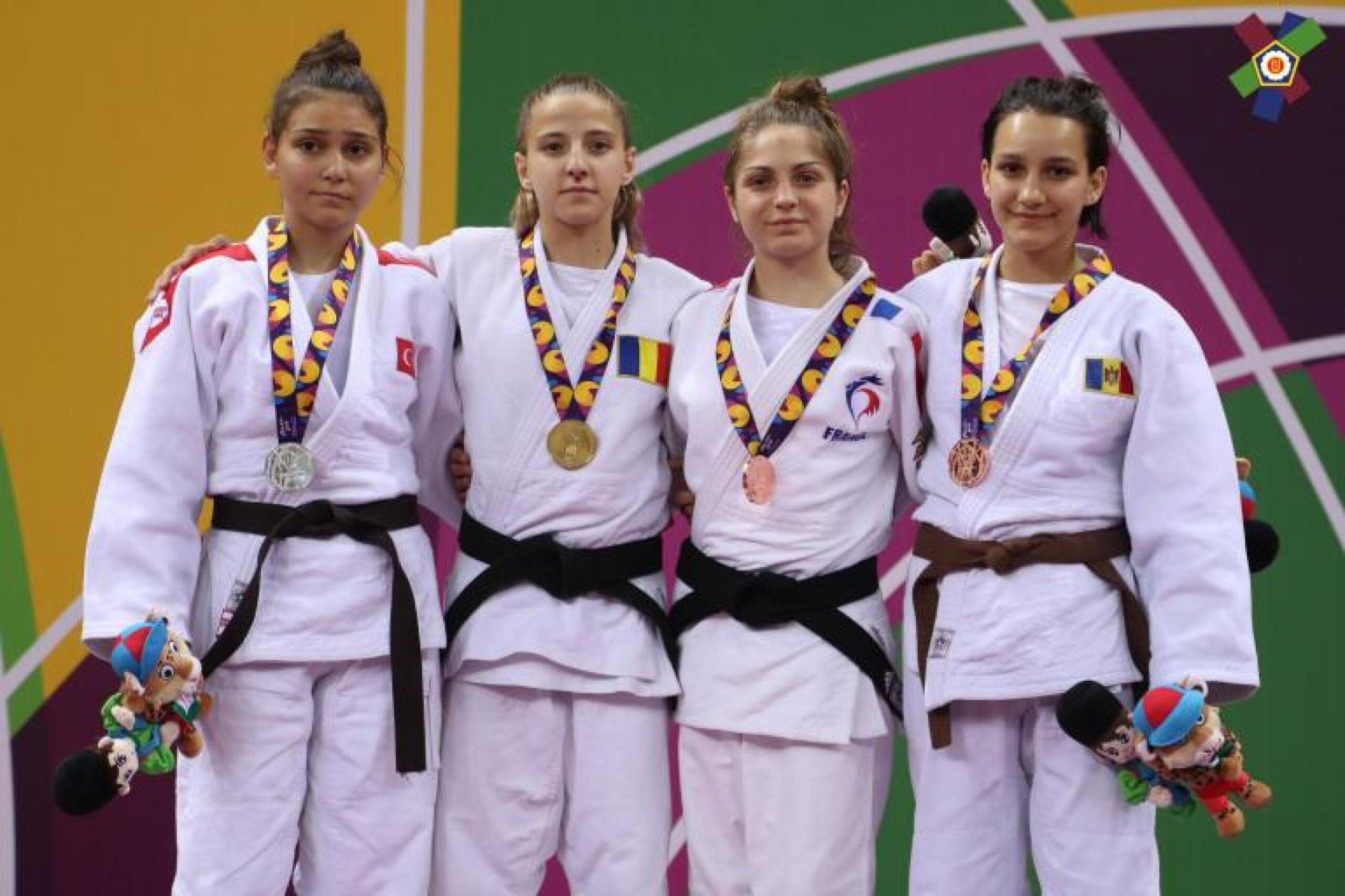 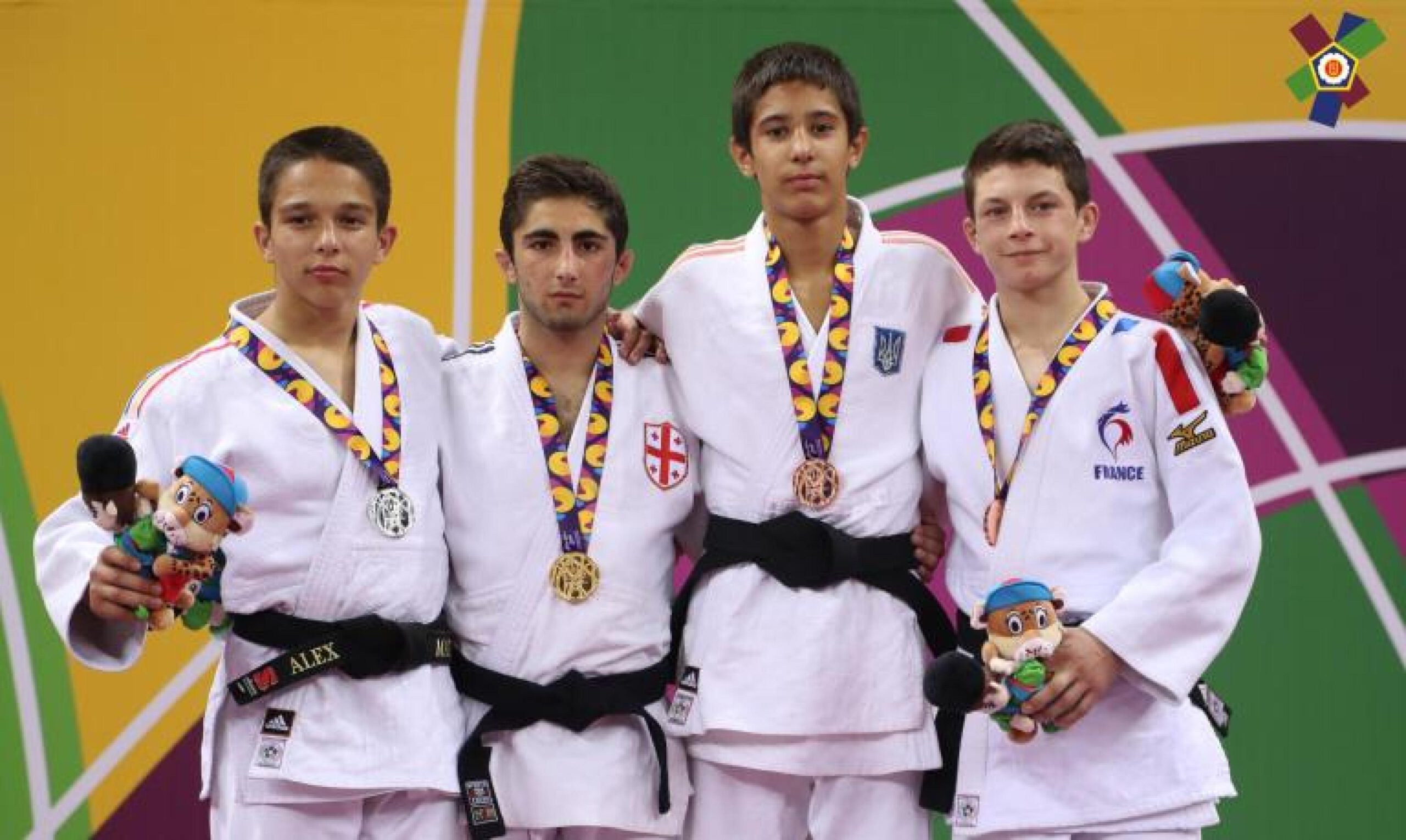 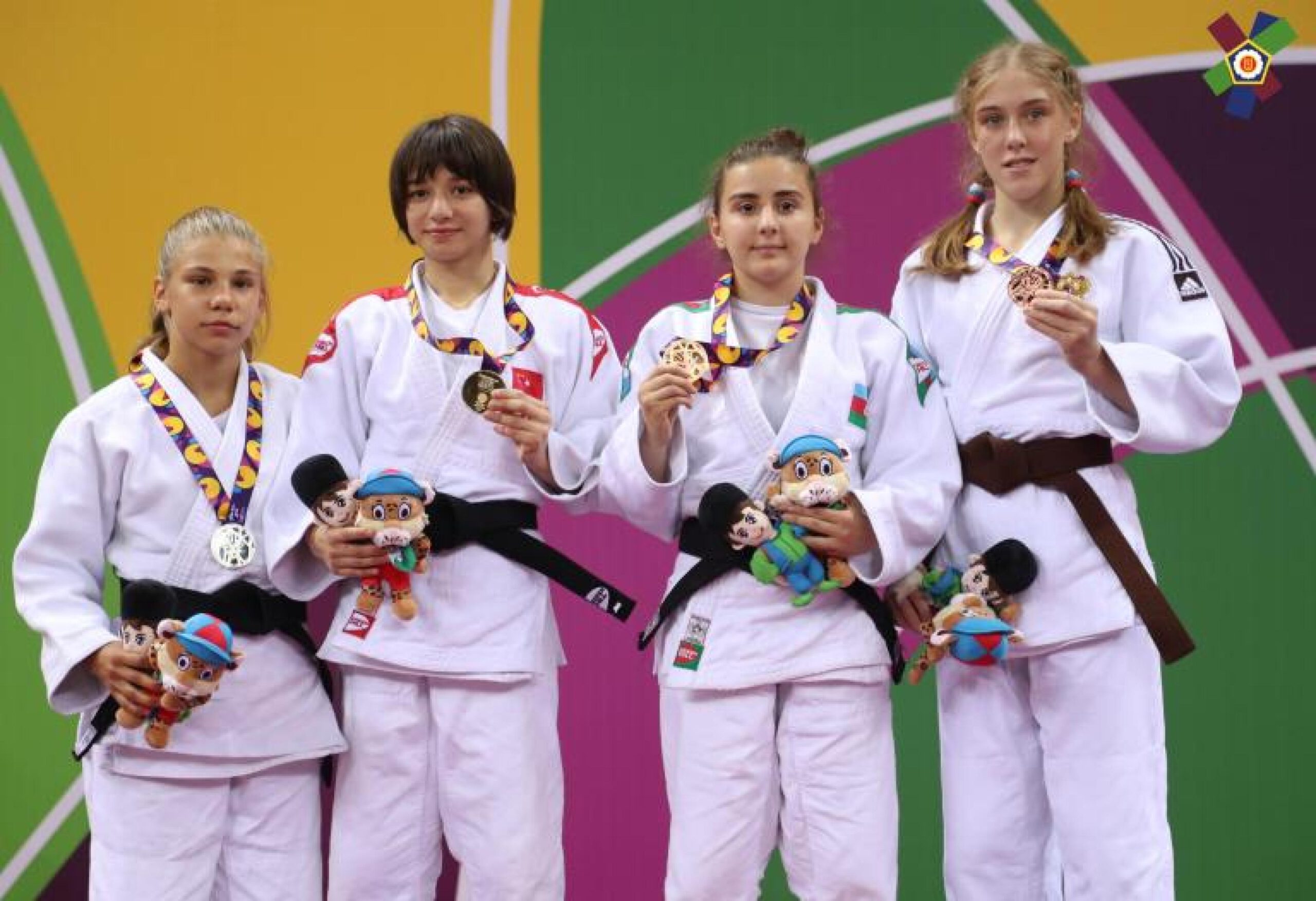 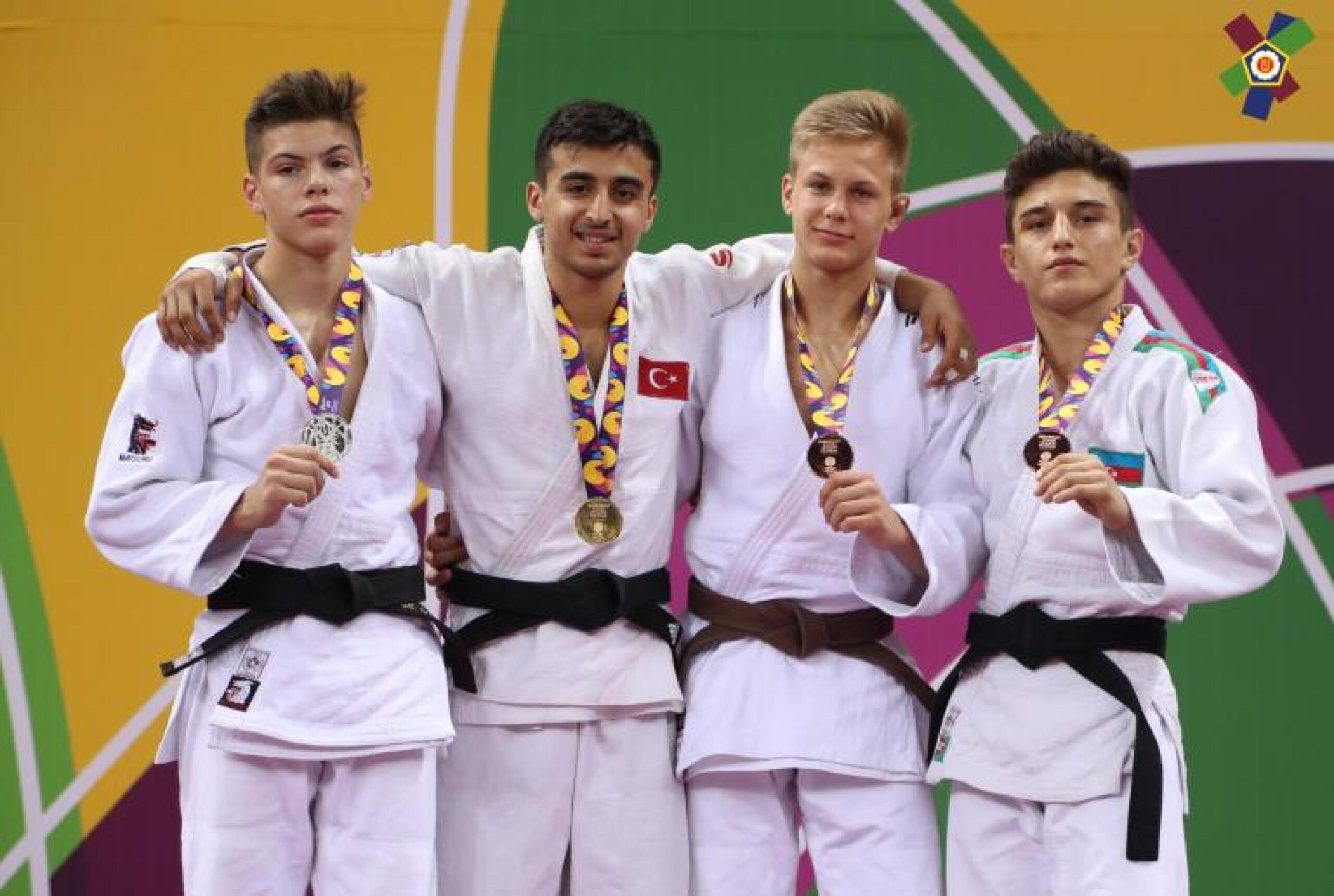 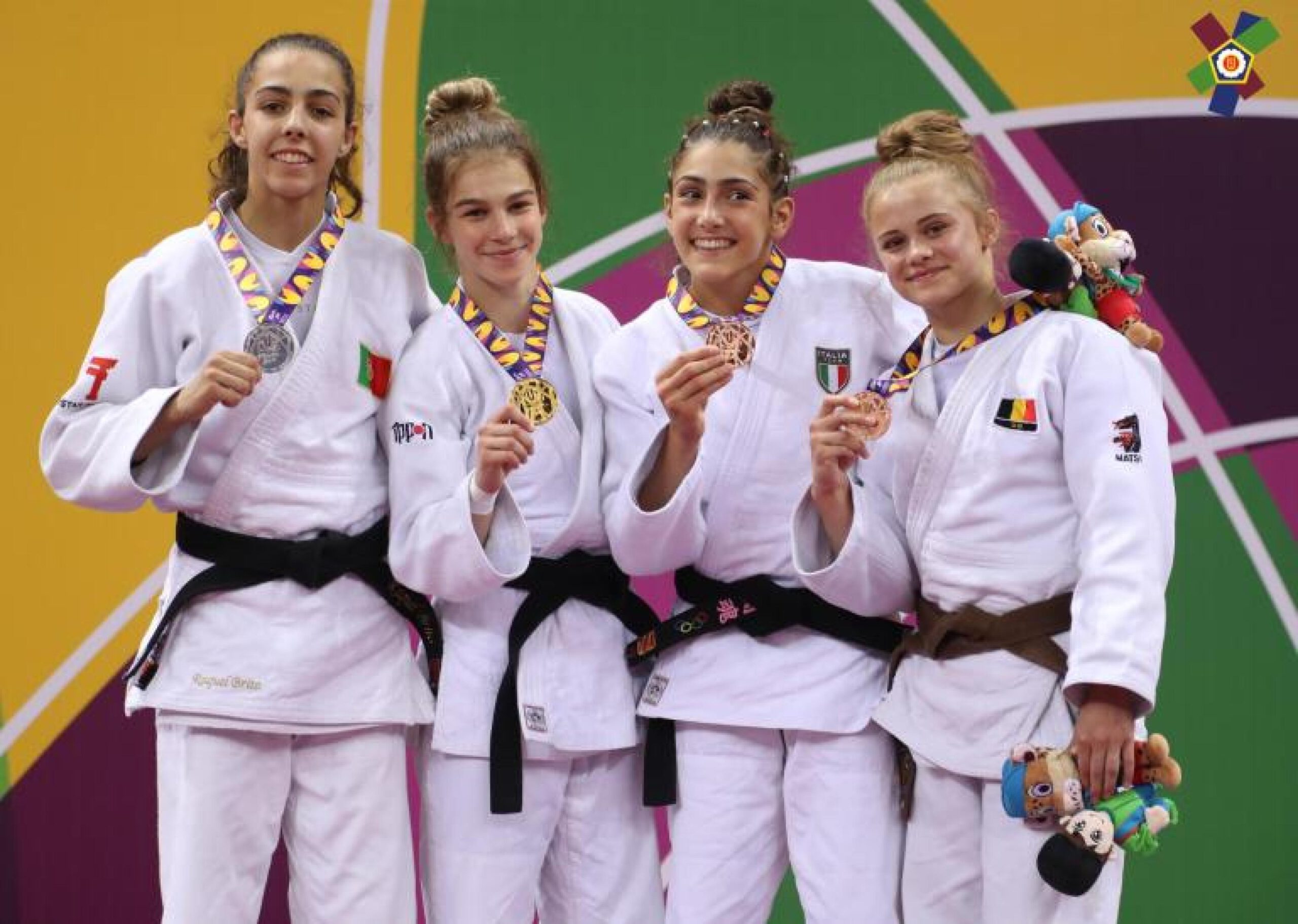 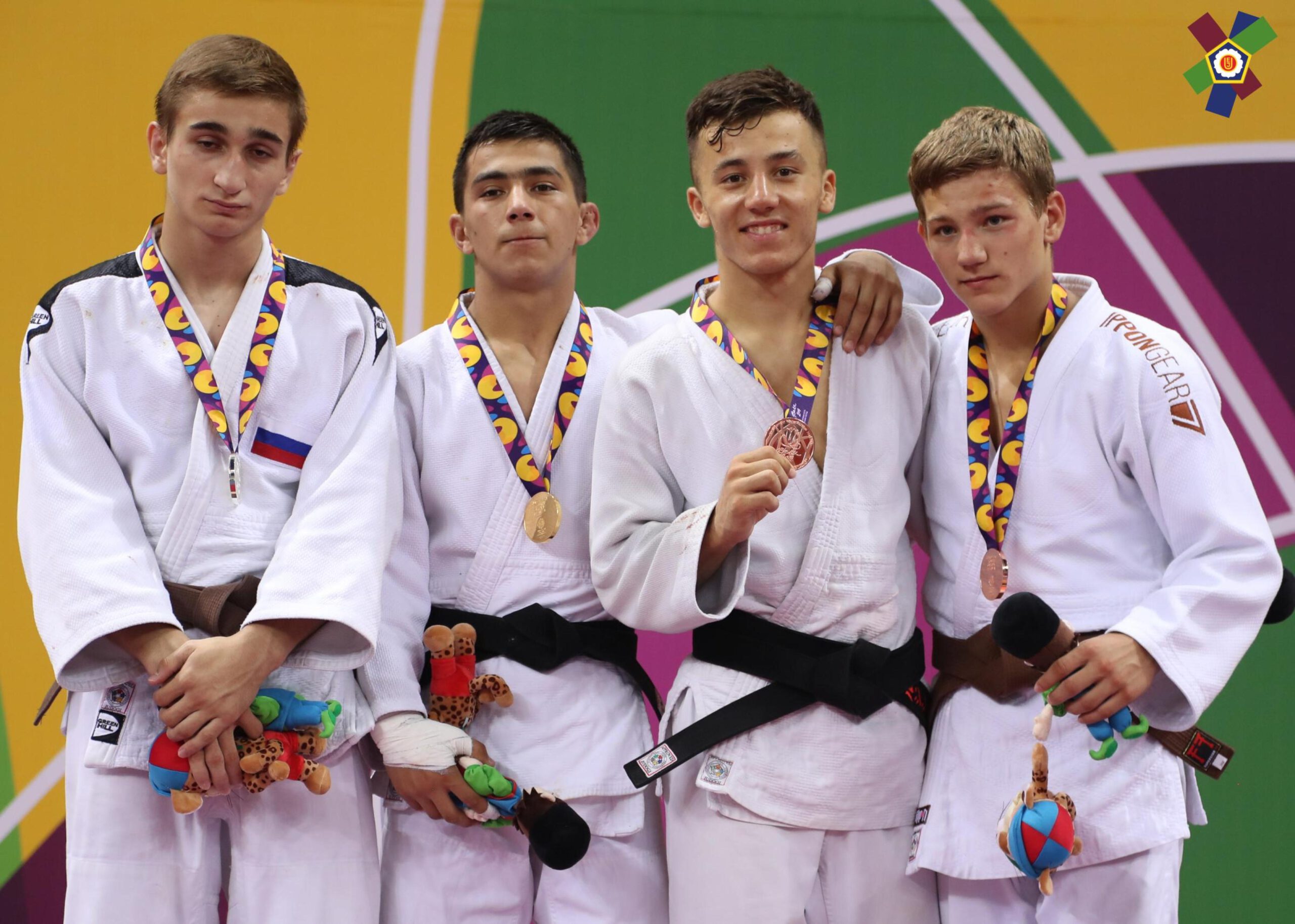