BE SPOILT FOR CHOICE 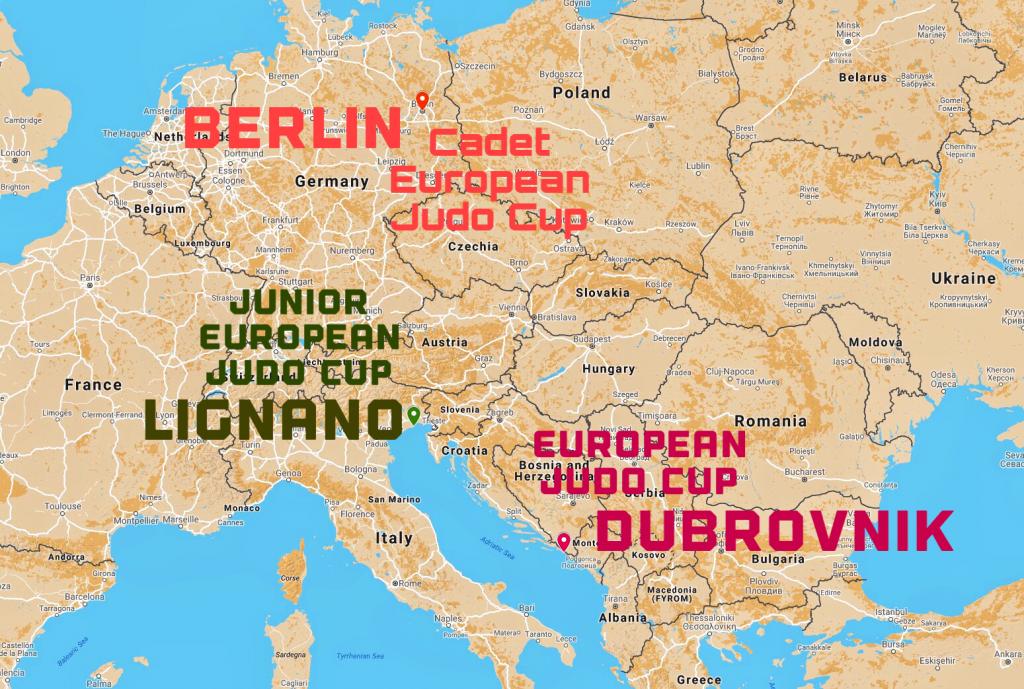 Germany is ready for their annual Cadet European Judo Cup in Berlin. This tournament is considered as one of the strongest event for Cadets on route to their Europeans and Worlds. This weekend, over 600 athletes from 38 different nations will be heading to the German capital. The tournament will take place at Sportforum Berlin-Hohenschönhausen. The draw will take place on Friday, 6th April at 8pm local time. The event is scheduled to start at 10am both days, however changes can apply depending on the final registration numbers. A three-day training camp will follow on from next Monday.

Lignano Sabbiadoro awaits for all competing this weekend at the Junior European Judo Cup. Significant numbers on show as almost 700 athletes from 38 different nations are on their way to north-eastern Italy. The draw will take place at residence “Alle Vele” Bella Italia & Efa village on Friday, 6th April at 8pm local time, whilst the tournament will be held at Pala Getur – Bella Italia & Efa village. The expected time starting time is 9am local time both days. In synchrony with Berlin, a three-day training camp will be running in Lignano from next Monday. #JudoLignano2018

One of the most frequent tournament host in Europe is Croatia. This weekend, they will be in action again with their annual Senior European Judo Cup in Dubrovnik. A little over 200 competitors from 21 different countries will get the chance the enjoy the breathtaking view around the area, fronting directly to the Adriatic Sea. Hotel Kompas Dubrovnik will be the host of the draw on Friday, 6th April at 8pm local time, whilst Sport Hall “Gospino polje” will crowd part of the judo family for the weekend. The tournament is scheduled to begin at 10am local time on both days. Changes can be expected depending on the final numbers. #JudoDubrovnik2018

This weekend’s menu is offering quiet a selection of choices. Pick and choose where you follow, but most importantly, enjoy our beautiful sport called Judo. We wish good luck to all participants.