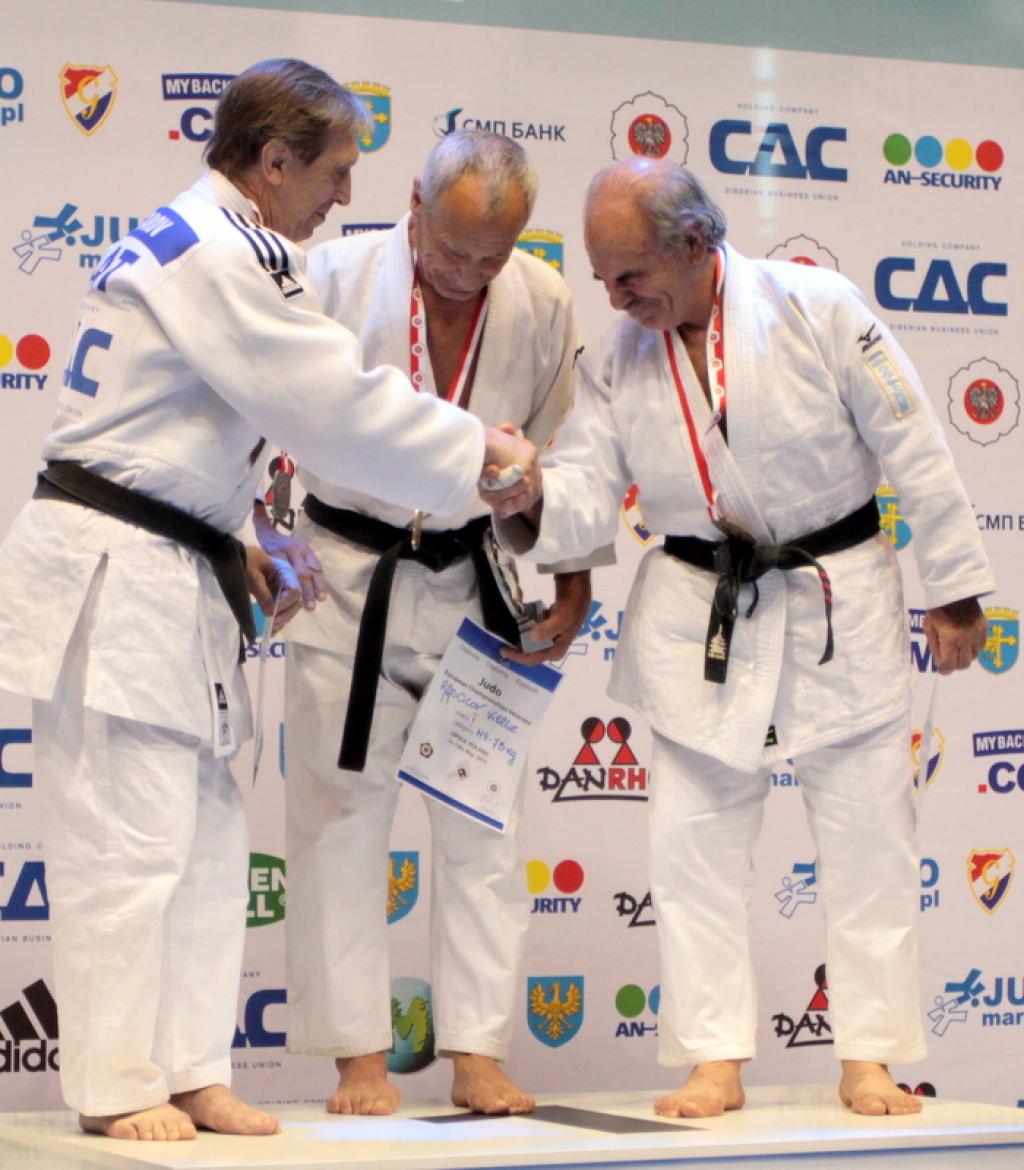 Opole, a picturesque town in the south of Poland, for four days the host and European capital of Veterans Judo. The European Veteran Championships have started and will take place until 13 May in Poland.

All today’s competitors showed a very good level. In this age group spectators can always expect to see spectacular techniques and beautiful, traditional judo. During the first day all women ad most experienced men were fighting.
Both male and female categories were dominated by Germany, that collected ten gold medals (7 – female, 3 male).

Host nation Poland collected 6 medals at the 1st day of the European Veteran Championships. in Opole: 4 gold and 2 bronze.

The biggest applause among Polish people was for the coach of the National Juniors and Cadets Team – Joanna Majdan (bronze medalist of World Championships in Vienna in 1984), who eventually won F4 -57 category.
Austria was a bit unlucky today at the 1st day of the European Veteran Championships in Opole: 5 lost finals, 2 bronze medals. But the seven medals gives a proud fourth position at today’s medal tallye.

During the opening ceremony all Polish medalists from Chelyabinsk and their coaches were awarded. But for all those people collected in “Okraglak” Sports Hall the results were not the most important thing. What matters in veterans competitions is the friendly atmosphere, meetings with old friends and the spirit of traditional judo.

280 competitors are expected to fight tomorrow, in M1-M4 categories.

Watch all pictures of the tournament in our media gallery: