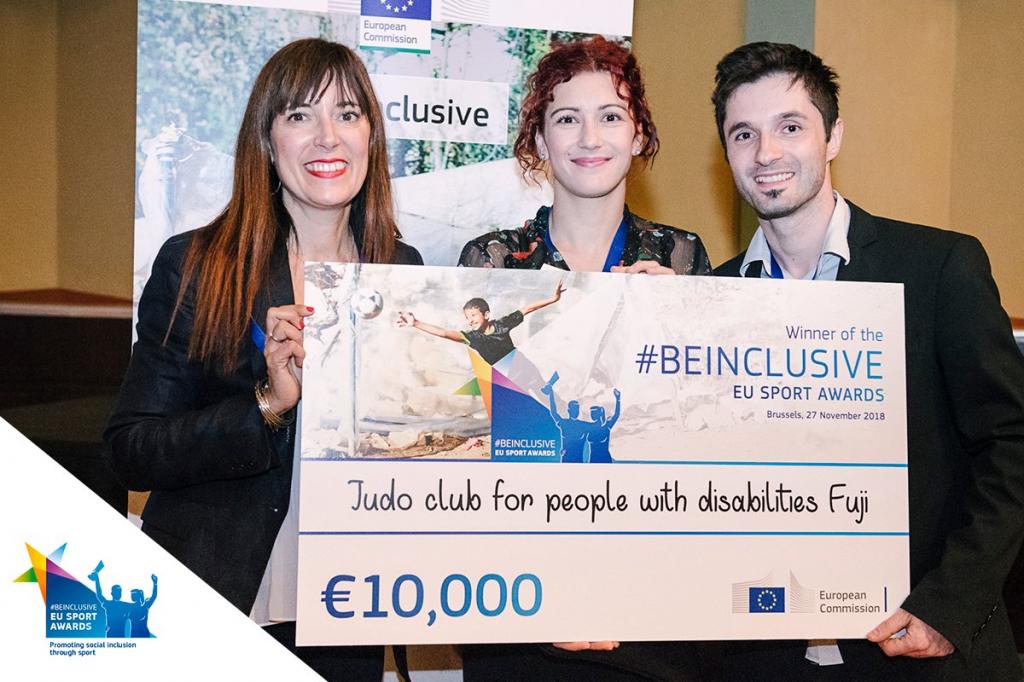 Sport is a powerful tool for breaking down barriers and promoting the inclusion of disadvantaged groups. The #BeInclusive EU Sport Awards, organised by the European Commission Directorate General for Education, Youth, Sport and Culture, recognises organisations using the power of sport to build a more inclusive society.

The 2018 #BeInclusive EU Sport Awards invited all organisations in Europe, public or private, commercial or not-for-profit, that have successfully developed sport projects aimed at social inclusion to enter their initiatives. The jury received 111 submissions.

These are the final 9 selected projects:

At the award ceremony on the 27th of November in Brussels three winners were announced:

On behalf of the European Judo Union, we would like to congratulate to the Judo Team Fuji and the Croatian Judo Federation for this prestigous recognition.