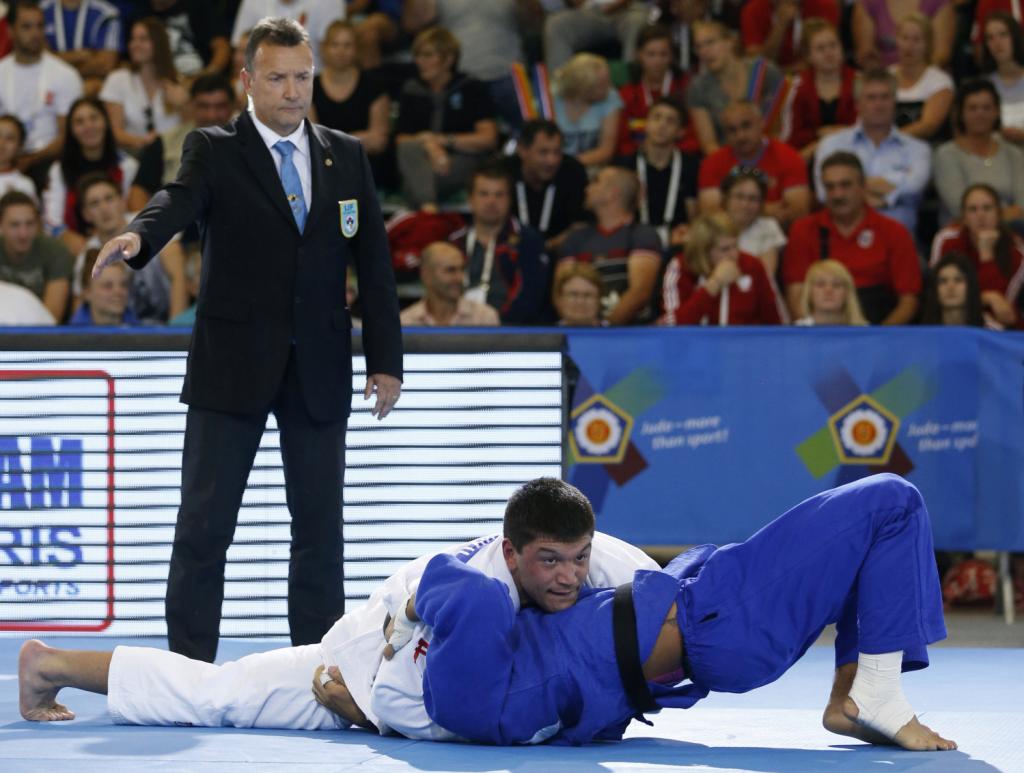 Georgian wonder boy Beka GVINIASHVILI was in blistering form in taking apart the best juniors in the -90kg category on the second day of competition at the Junior European Championships in Oberwart, Austria. Gviniashvili’s five opponents all fell to ippon as the Georgian powerhouse made it three junior European titles in a row.

Gviniashvili defeated first Ioannis PANAGIOTOPOULOS (GRE) who found it near on impossible to get to grips with the Georgian. Next up was Mattias KUUSIK (EST) followed by Eduard TRIPPEL (GER). In the semi final GviniashvilI threw Rokas NENARTAVICIUS (LTU) for ippon to set up a final with Germany’s David TEKIC. The German was given little opportunity to get in to the fight as Giviniashvili attacked quickly with sumi gaeshi then followed up into kamishiogatame for yet another ippon.

The move from a star on the senior circuit to performing at junior events takes special motivation and Gviniashvili clarified what does it for him when he said, “It was not easy to motivate myself after leaving the senior world championships without a medal, but I am pleased to have won all my matches here by ippon and that is what I had discussed with my coaches and was my aim when I came here.” After such a comprehensive defeat of the attending field Gviniashvili was careful to avoid appearing boastful and said, “It is hard to say who was my most difficult opponent today and I don’t want to single out one individual over the others.” When asked about his plans for the remainder of the year Gviniashvili answered, “Whatever happens next this win will go some way to making me feel better about 2015. I am healthy and looking forward to competing at the junior world championships in Abu Dhabi next month.”