BELARUS TAKE TITLE AFTER A DECADE OF DISAPPOINTMENT

International Tournament for Police, Army and other Forces - Moscow, Russia, 2019 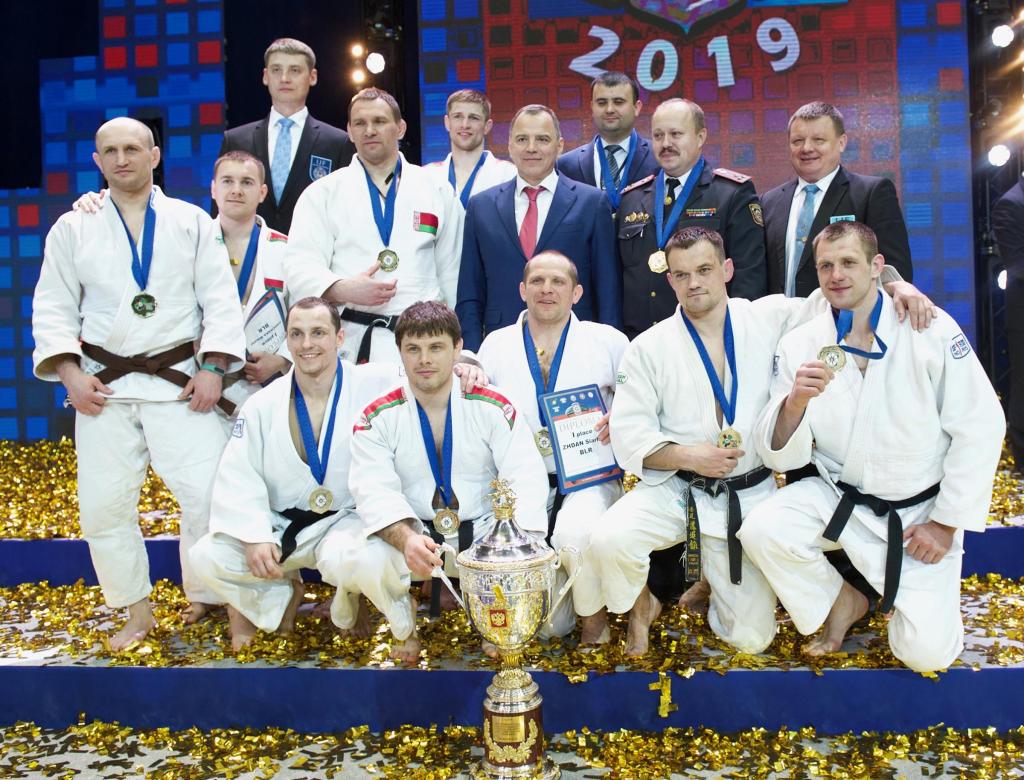 “I have repeatedly stressed that the ultimate goal of judo is to perfect the self and to make a contribution to society” Jigaro Kano.

Today at the XIII International Judo Tournament for Police, Army and Other Forces, the athletes, coaches and committees reached that goal set by our founder. Not only are the participants in the line of duty but compete in this event to represent the fallen members of their divisions.

14 teams in total competed from around the world in the Krylatskoe Sport Palace including; Russia, Austria, Belarus, Czech Republic, Greece, Japan and Lithuania. The categories in which they competed were the following; -66kg, -73kg, -81kg, -90kg and +90kg, each contest lasting three minutes.

Whilst celebrating the opening ceremony and the dedication fo the athletes competing today, we were reminded of the purpose of this event, to pay tribute to fellow officers. The awe-inspiring and heartfelt procession touched many of the spectators and athletes alike as a multitude of beautiful voices and wondrous acts filled the Sport Palace.

Spectators and participants stood to remember the heroes who have sacrificed their lives in the name of peace. Spokesperson for Russian President, Mr Vladimir Putin,

“I welcome you, together with the strongest teams from here in Moscow, this has become one of the key sport events for us. I would like to emphasise the high importance of this event under the title ‘We Remember’.

‘We Remember’ is the name of the charitable programme under which the tournament operates. This programme traditionally supports the families of officers who have lost their lives on duty and have supported over 500 families dealing with these tragedies and will continue to do so.

Dear friends, dear guests and participants of the competition, in the name of the European Judo Union, I would like to congratulate our guests on their 13th International Judo Tournament for Police, Army and other forces. This sporting event is very important in the European Judo Union calendar, as it not only carries a very important sporting mission but also a social mission.

We are absolutely sure that all people in the world, in different countries, must remember the army and police that protect them and that have lost their lives in the line of duty. I really appreciate the team of National Veteran Judo Union for their great work and dedication. I wish to our participants, good luck in Moscow in our competitions and a very successful career in their main duty.

The teams were split in to two halves of the draw, international teams in pools A and B, Russian teams in pools C and D. As the athletes warmed up during the opening rounds, so did the crowd. Filtering in, the spectators began to fill the arena and bringing with them a lot of spirit and encouragement for the athletes, who once in their stride performed outstanding judo much to the crowds delight.

The semi finals had the arena in an uproar as both contests relied on the final bout in the +90kg category to decide who would take the place in the final. Japan could not repeat their success of 2018 and were forced to accept their place in the bronze fight by the Belarus Ministry of Internal Affairs team, Yury RYBAK securing their place in the final with a devastating tomoe nage. On the opposite mat, the Russian teams battled it out, Tamerlan ABDUL-MEZHIDOV of the All Russian Police Association clinching success with a swift tai otoshi scoring waza ari.

Following the proud opening ceremony, the athletes stepped to the tatami, refreshed and ready to go head to head for the Champion title. Following an exciting route to the final the Belarusian team were raring to go, taking a win in both the -66kg and -73kg categories. The representative in the latter, Aliaksei RAMANCHYK took the contest in to golden score and the multiple European Open medallist clinched the fight.

In the final I felt free and relaxed, because there was less responsibility , I mean it was much easier physically, functionally and morally.

Eventually taking their third win they could celebrate their Champion status. Team coach, Andrei SHVAKA, was ecstatic with the result,

This is an indescribable feeling, because we have been going to this tournament since 2009, for the first time in 10 years we won! Last year we took second place, we beat the Japanese in the semi final and in the final we lost 5:0 to Russia. This year things went great!

The silver medal went to the All Russian Police Association and bronze medals taken by the Japan Police Judo Team and the Ministry of Internal Affairs for the Russian Federation. 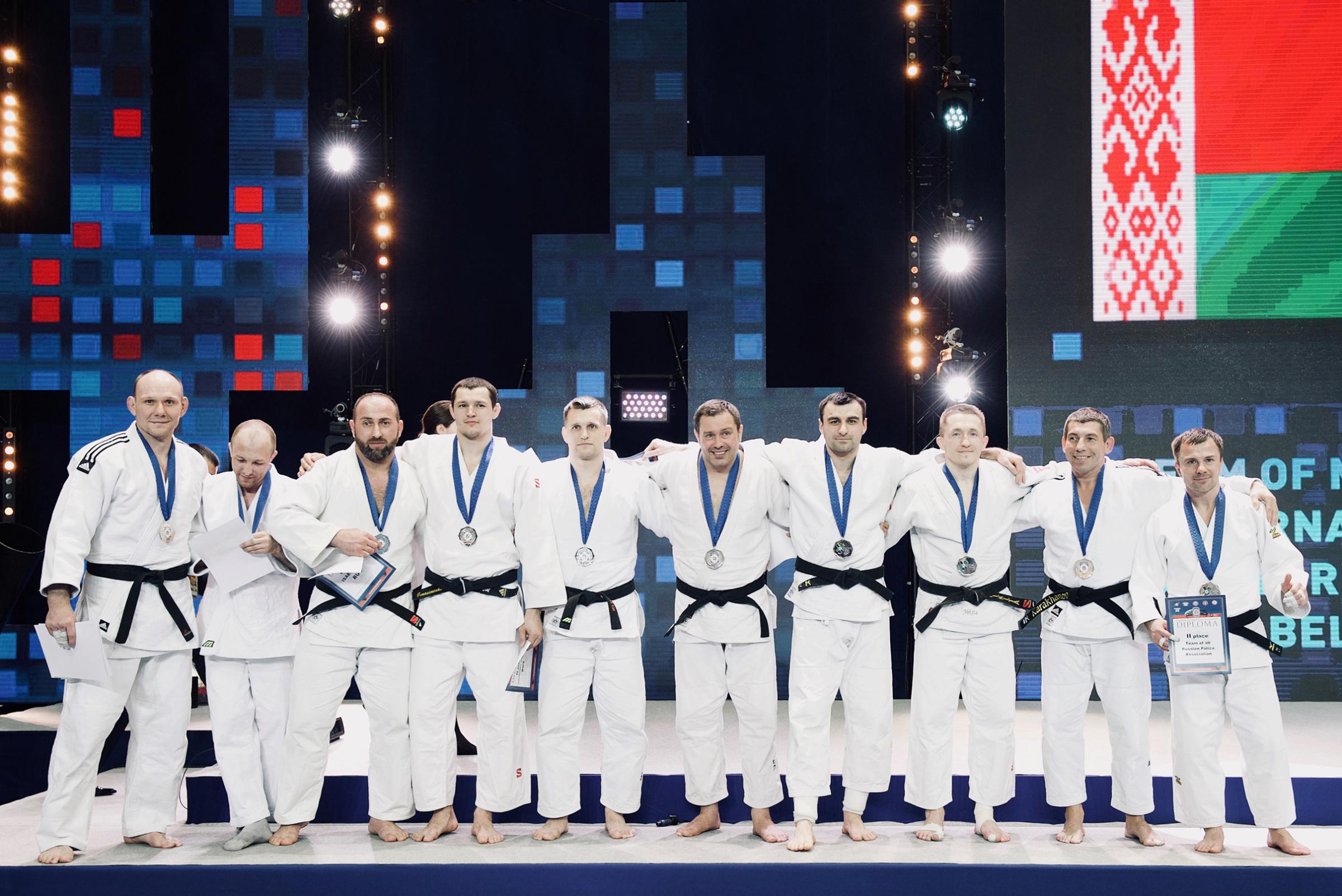 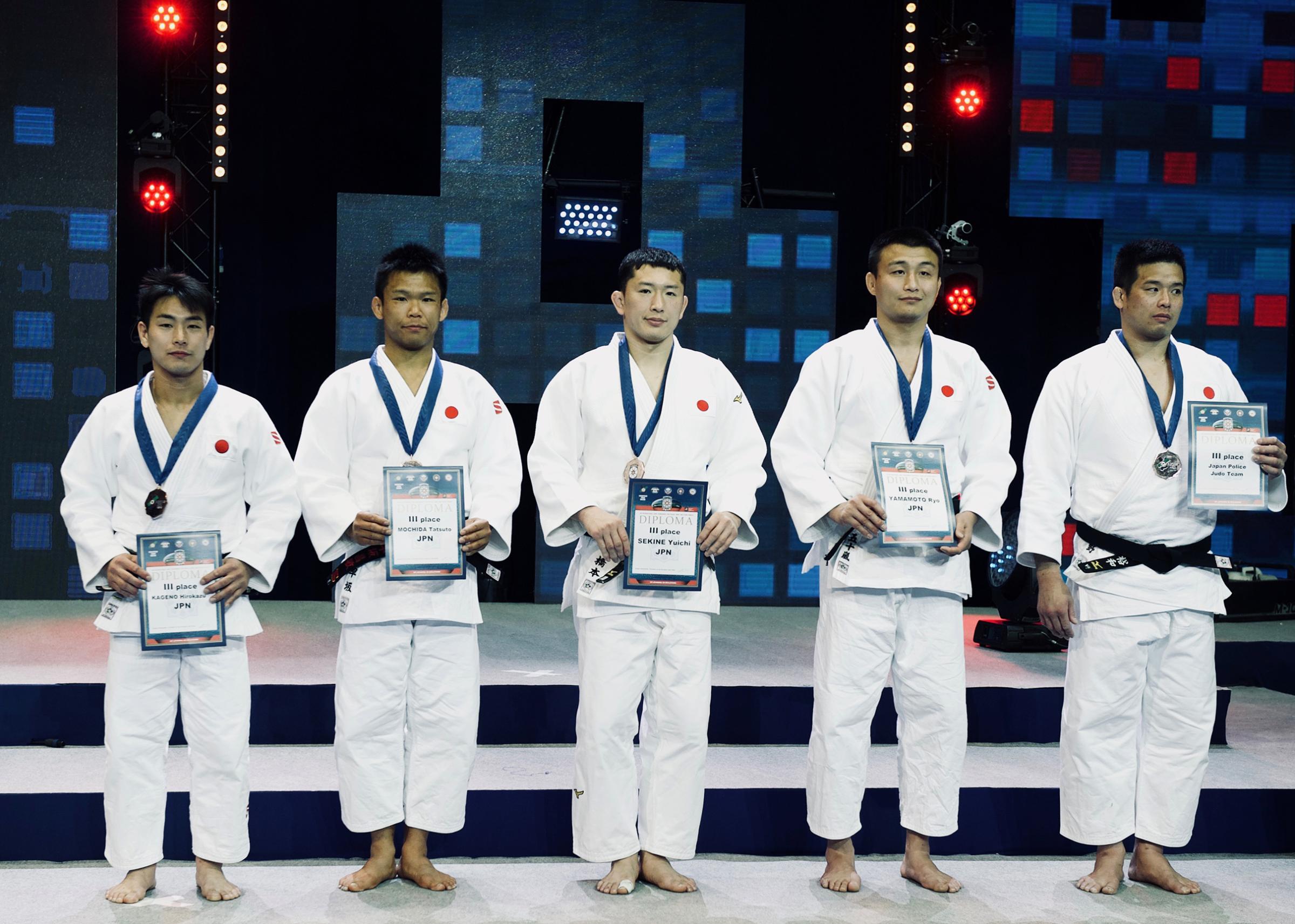 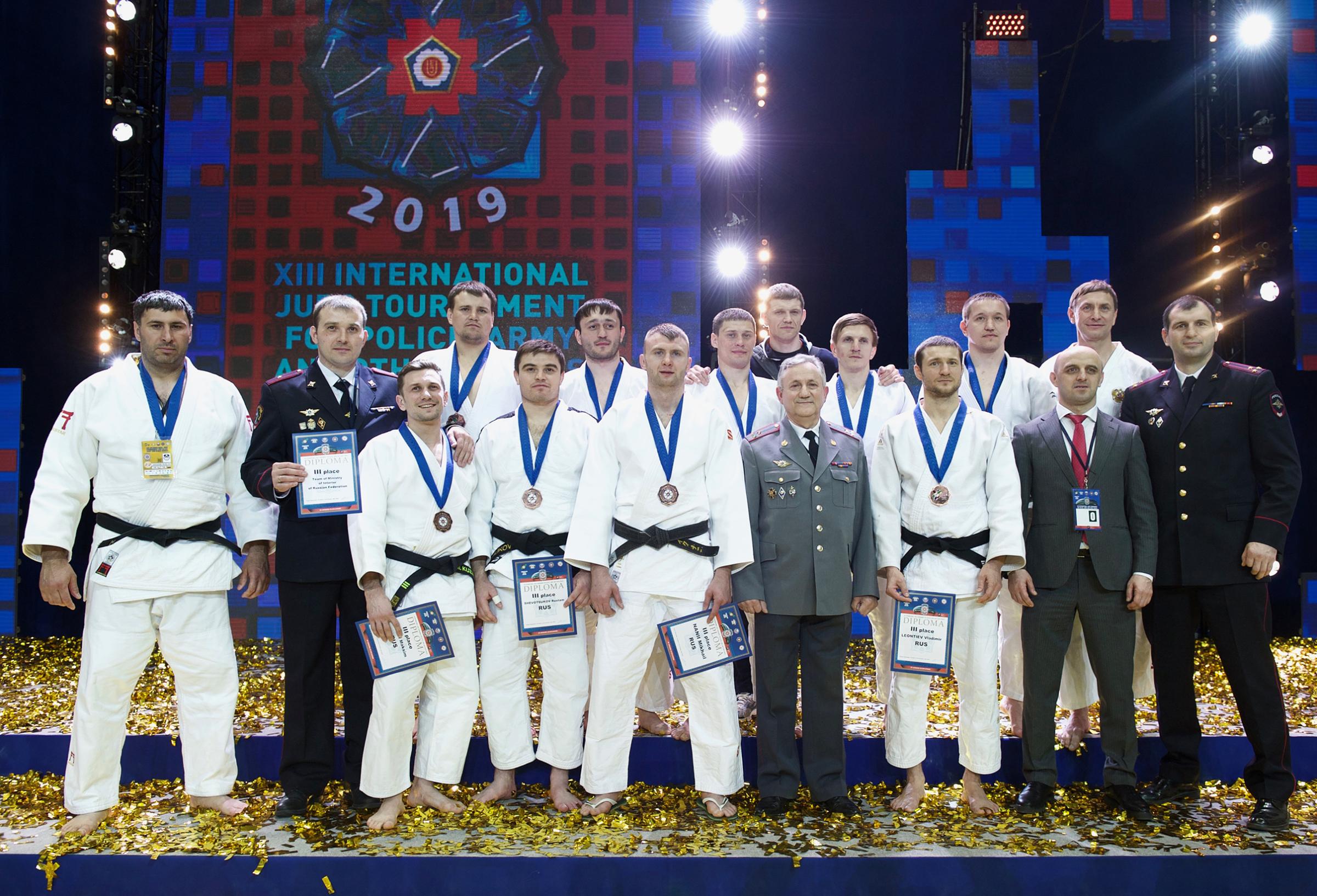 Bronze Medallists, Ministry of Internal Affairs for the Russian Federation.