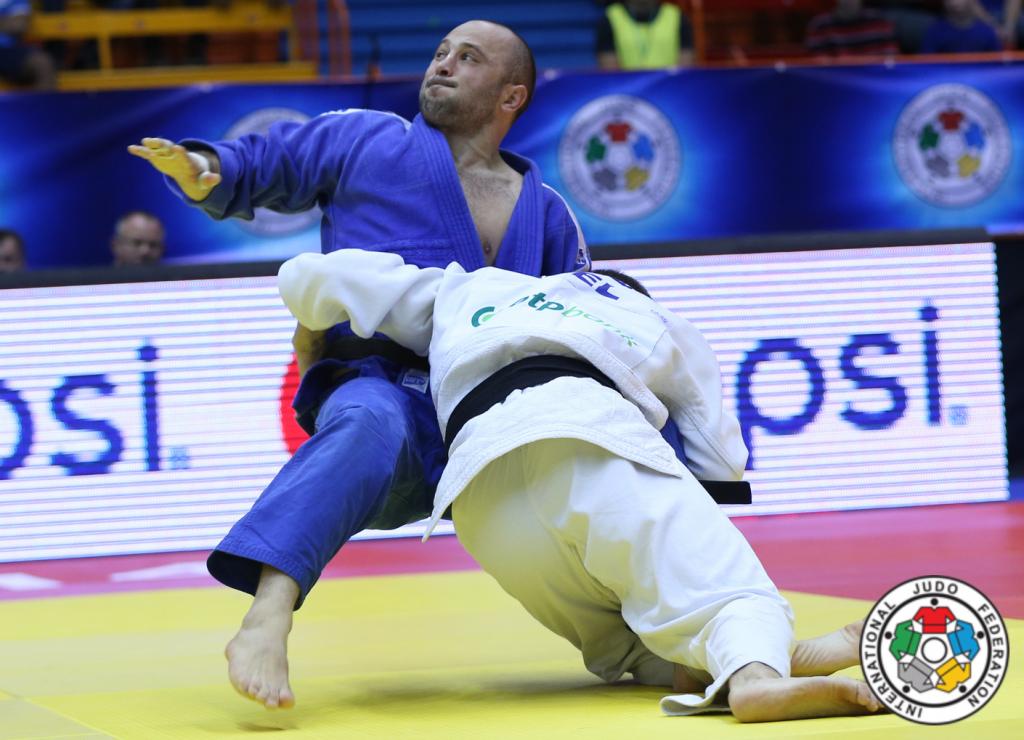 Jasper Lefevere’s impressive performance saw the unfancied Belgian storm through the -66kg category to win his first ever IJF Grand Prix. Lefevere began his golden day with a first round bye. The action began in earnest with a second round win against Ilija Ciganovic SRB whom he threw powerfully with left sided o uchi gari for ippon. This put the 26 year-old Belgian into the quarter-final where he faced Slovenia’s Andraz Jereb to whom he had lost on both their previous meetings. The Slovenian began strongly, attacking first with yoko tomoe nage that had Lefevere defending deftly. Jereb, looking comfortable, followed up his initial attack with a right-sided ko soto gari that caught Lefevere for waza ari all within the first half minute. Things looked poor for the Belgian as Jereb continued to pile on the pressure launching another yoko tomoe nage attack that Lefevere managed to avoid again. But a shido for passivity appeared to motivate Lefevere into action and he threw Jereb with well-executed left ko soto gari that had the Solvenian crashing to the tatami for ippon. This brought up a semi-final contest with Sinan sandal TUR who had earlier put out Great Britain’s Colin Oates the number one seed. Lefevere, ranked number 44 on the IJF WRL, proved too technically superior to Sndal, throwing the Turkish fighter for yuko first with ko soto gari then catching Sandal in newaza with tate shio gatame to end the contest and put Lefevere in the final against Alim Gadanov RUS. The Russian, former European champion, was the stiffest test for Lefevere and the Belgian was clearly the underdog. But Lefevere confounded the pundits by throwing Gadanov cleanly for ippon with ko uchi gake within the first minute. It was an excellent ending to a fine day for Lefevere who won all his contests by ippon. There were gold medals too for Austria’s Ludwig Paischer in the -60kg category. For the women it was Monica Ungureanu ROU in the -48kg, Annabelle Euranie FRA in the -52kg and Laetitia Blot FRA in the -57 kg category.

Watch the fights of final block from day one: https://www.youtube.com/watch?v=8Z2bbsRHJ_A&feature=em-subs_digest