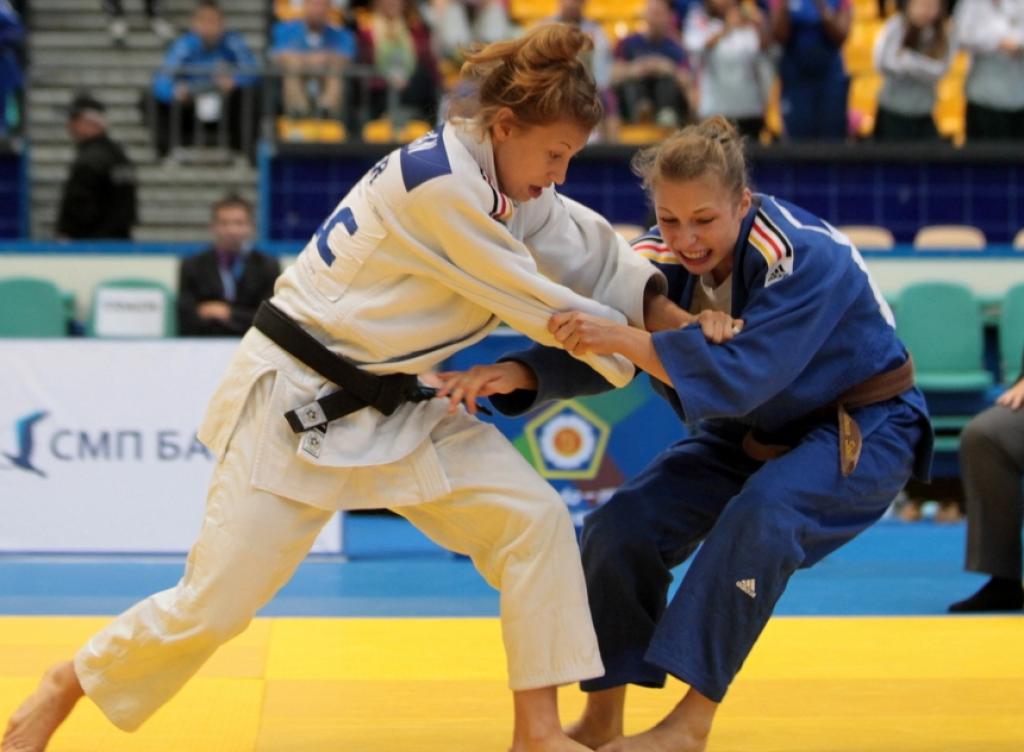 This weekend the Green Hill European Cup for Juniors in Berlin takes place. 558 judoka have registered for the last of 14 European Cups, the last test for the European Championships for Juniors in Porec in Croatia.
154 German judoka, followed by a total of 48 Dutch judoka, but also 33 Brazilians are teaming up tofight the best judoka under 20 years.

In the women’s division four different nations won the gold. Larissa Farias of Brazil won U44kg in a Brazilian final. Ayari Hela was a surprising winner from Tunisia, for the last time since 5 years that Tunesia won a European Cup in Europe. The last winner was hana Mergheni, who recently participated at the Olympic Games U78kg.

Germany cheered for the German final between Sappho Coban and Theresa Stoll. They know eachother for a long time and in the past it was Stoll who was the better judoka. She finished second at the World Champions for Cadets. But in the Junior division Sappho took over and defeated Stoll for the second time in one month in a final, also today, last time in Wroclaw’s European Cup. Good competition for Germany.

Germany however lost the final U57kg where Dutch Floortje Stoop was victorious over Alexandra Zwirner. For Stoop it was the second win this season.
Tomorrow the heavier judoka will fight in Berlin for the Green Hill European Cup.