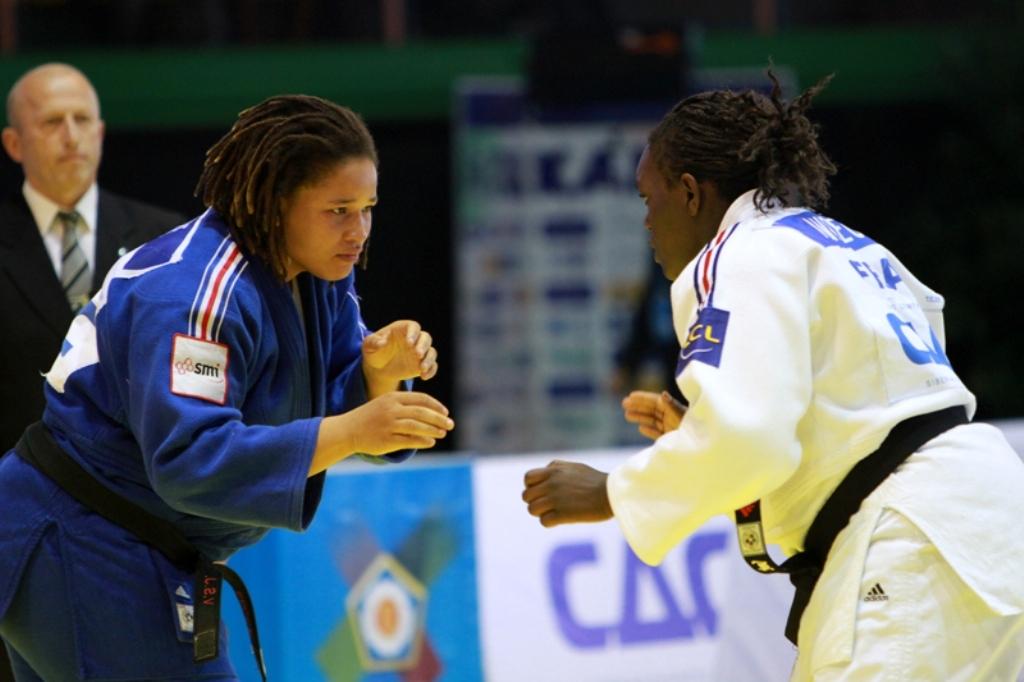 Maria Bernabeu Avorno (ESP), Marhinde Verkerk (NED) and Ketty Mathe (FRA) heard the national anthems at the second day of the World Cup in Rome at the Palafijlkam in Ostia.
The three athletes won their categories U70, U78 and +78kg.

23-Year old Maria Bernabeu showed an excellent o-soto-otoshi in the final against Katarzyna Klys just in the beginning of the golden score.
In the first five minutes, the fight had been equal, but on the first attack after the golden score the Bernabeu set up a perfect action.
Bernabeu won bronze at the European U23 Championships in Sarajevo last year and seems to have made the connection to senior level.

Gold medallist Maria Bernabeu Avomo won four fights and a fantastic victory in a strong category with strong fighters. Bernabeu: “Indeed, I have fought always until the end in each fight and thanks to God I have been able to conquer this great victory”.

Marhinde Verkerk on her win: Number 14 in the world and collected today another 100 points and is looking forward to London 2012. Verkerk: “My aim is London, then everything restarts from that qualifying moment.

Ketty Mathe: “We all had a good condition and for this reason I’m happy I won the gold medal. All of my competors were very competitive and it has been hard to win them”.

Review all results and watch the best pictures available here: