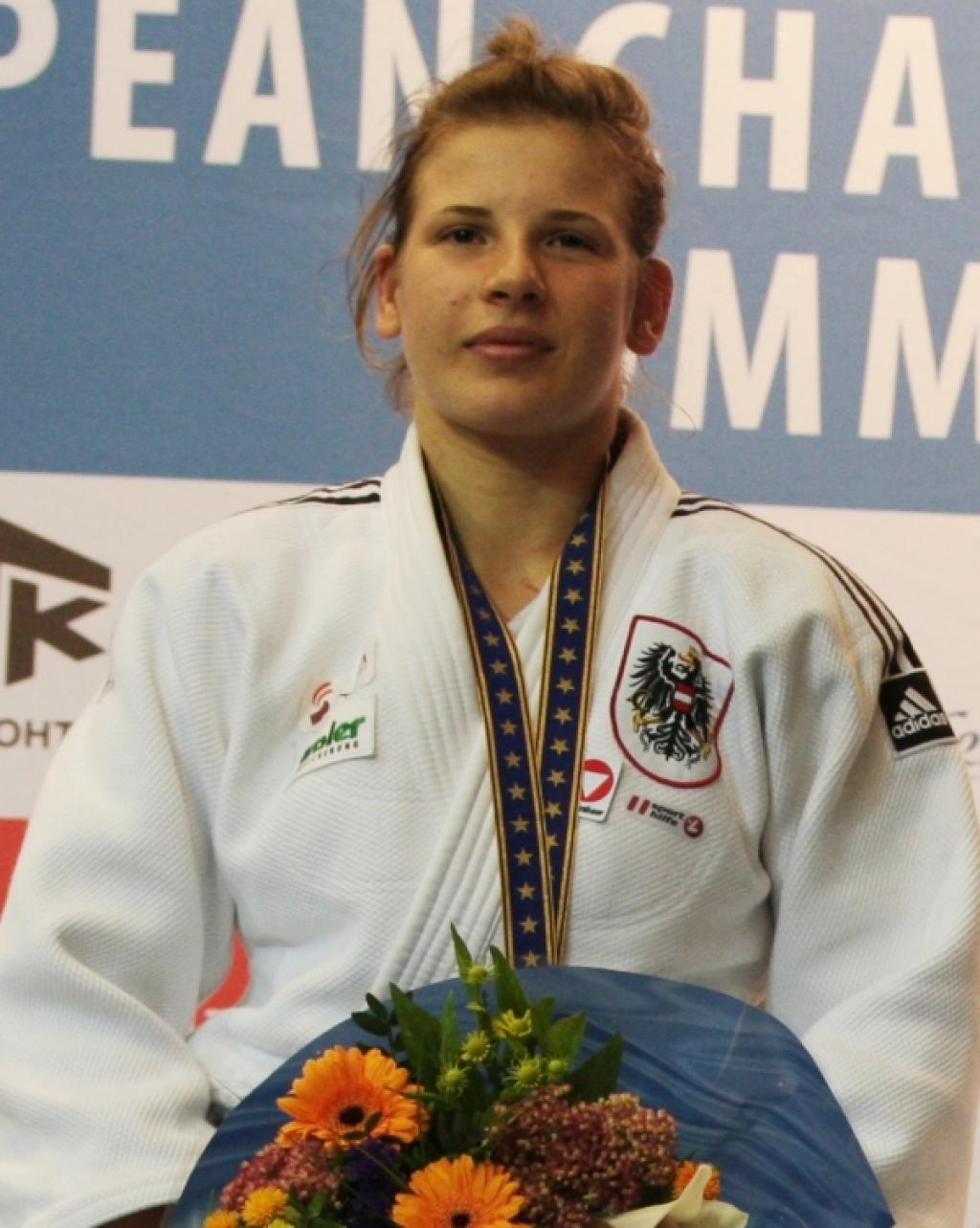 It took eleven years for Austria to win the European Junior title but Bernadette Graf scored a great ippon by sumi gaeshi.In 2000 Hilde Drexler won the last gold medal in Nicosia. In today’s women’s final U70kg Graf had one good control of the gi of Dutch opponent Nicoline Alberts.
Graf had built up quite a reputation this year by winning three European Cups in June and July so Graf was expected but throwing her opponent so impressive was quite a relief for the crowd at a day with long finals without many ippon scores.
Graf had defeated Alberts in the final of this year’s European Cup in Paks.
Graf defeated Dariko Gabaidze (RUS) in the semi final and won five matches in total. Alberts defeated Belgian favourite Lola Mansour by ippon in the last second after Mansour led by wazari.

For the crowd nothing left but supporting Lola Mansour in her bronze bout against Renalda Gedutyte (LTU). Mansour who became Youth Olympic Champion last year had to deal with the taller girl from Lithuania. But after two minutes in the match Mansour latterly pulled the attention of her opponent by distracting her and combined o-uchi-gari and Ippon Seoi Nage, not the easiest combination. Ippon for Belgium and the first medal for Belgium.

The second bronze medal was for Barbara Matic of Croatia who debuted at the U20 Championships, but won a hand full of gold medals this season already in the European Cup tour. Matic won in Coimbra, Mudania and Lignano.
Barbara, sister of Brigita, won bronze last year at the Youth Olympic Games. Today she won her bout by two shido and won the first medal for Croatia here in Lommel. The fifth Croatian medal ever in this age category. Marija Cosic was the only one to win a medal in this category U70kg.