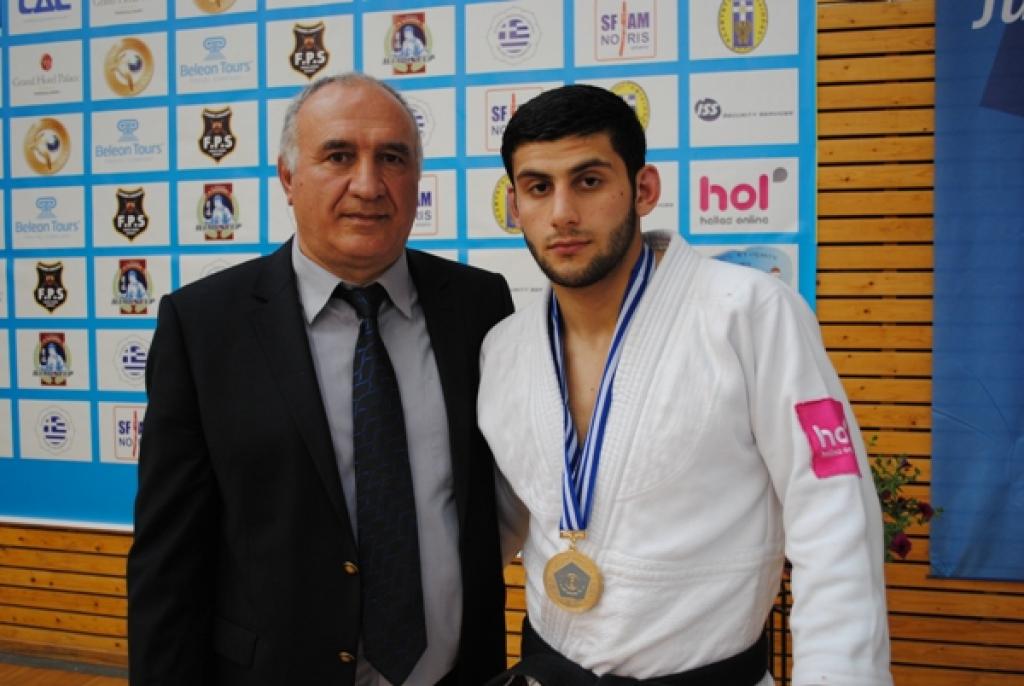 The Greek people applauded for Roman Moustopoulos who fought in the -73kg category after he won the gold medal. He defeated his rival from Georgia Levan Gugava by ippon, showing his intentions for the upcoming European Championship in Budapest.

In the -55kg category, Mehman Sadigov from Azerbaijan stepped on the first step of the podium after overcoming the Georgian Giorgi Sachaleli.  German Moritz Plafky who finished with silver at the U17 European championship in Montenegro (2012), took the bronze medal today.

In the -60kg category the Georgian Vaja Margvelashvili won the category U66kg today. He won a silver medal at the European Championships in Porec last year. Today he beat Turkish Ahmet  Sahin Kamba.

In the -66kg category, a Georgian Andro Beguashvili kicked out one of the favourites, Arsen Ghazaryan (ARM), 3rd in World Championship U17 in Kiev. He finished first in Thessaloniki beating Jalil Jalilov from Azerbaijan.

The Bulgarian representative in the -52kg Magdalena Varbanova was the big winner of the category and she beat the Croatian Beata Guszak. Big fight took place in the -57kg was between Bekky Livesey from Great Britain and the Croatian Tena Sikic, won by the British judoka.

Watch the photos in our media gallery.