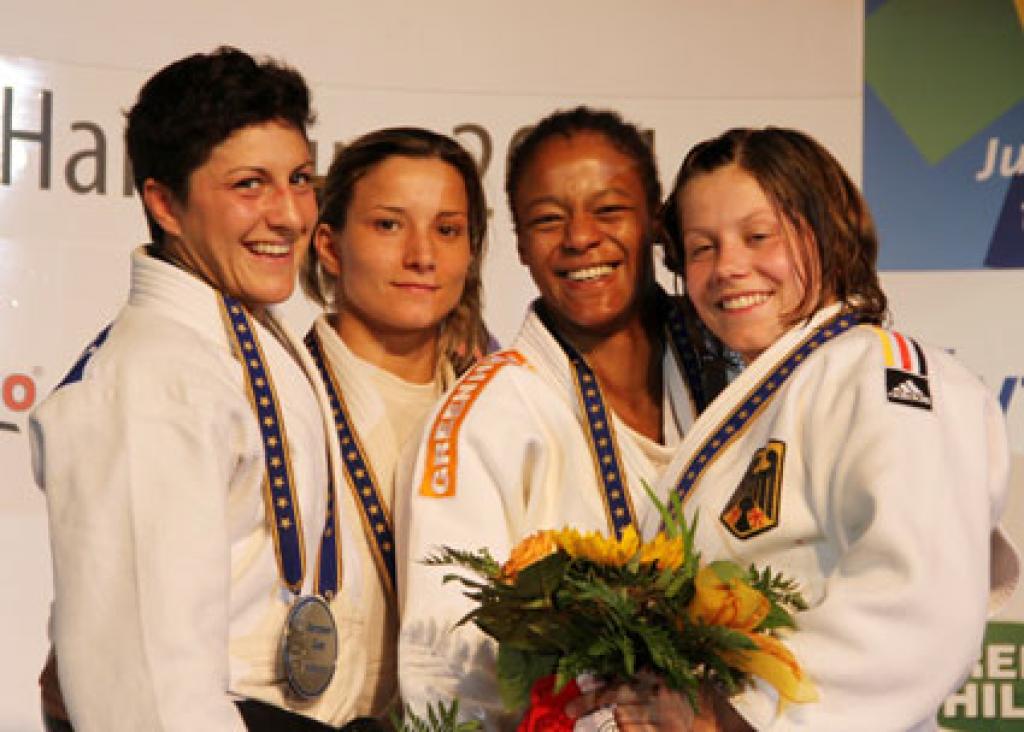 At the European Cup in Hamburg Germany and Great Britain showed of with both four gold medals. The host won a total of 19 medals, a good preparation for the World Championships. Robert Gess, Dimitri Peters, Claudia Malzahn and Heide Wollert all won their categories. For Great Britain it was good to see some more talent confirming their form such as Ashley McKenzie. His former rival Craig Fallon is starting to warm up for his road to London and Sally Conway made a good move in her qualification for the Olympics. Karina Bryant defeated her compatriot Sarah Adlington and is on her way for her last trick.
The Ukraine impressed with two gold medals. One for Olha Sukha who was the second youngest winner behind McKenzie. Roman Gontyuk made his move after winning the U90kg class. Gontyuk faces heavy competition in his country and was not selected for the World Championships.

Costel Danculea keeps on surprising for Romania in the U73kg category. He is in shape for the Worlds and slowly approaching the top 20 of the World Ranking.
Telma Monteiro (POR) was the highest seeded winner at the World Ranking. She is the worlds number two and proved her status by taking the gold U57kg against British Sophie Cox.

Her compatriot Ana Hormigo is well in shape and takes again an important gold medal after her victories in Prague and Lisbon. Former triple World Champion Alexander Mikhailin won gold in the men’s plus category and is currently the world’s number 49, but a solid choice in the Russian team for the World Championships.

Watch all photos and review the results here: