Biggest ever success for Joao Pina winning the gold for Portugal 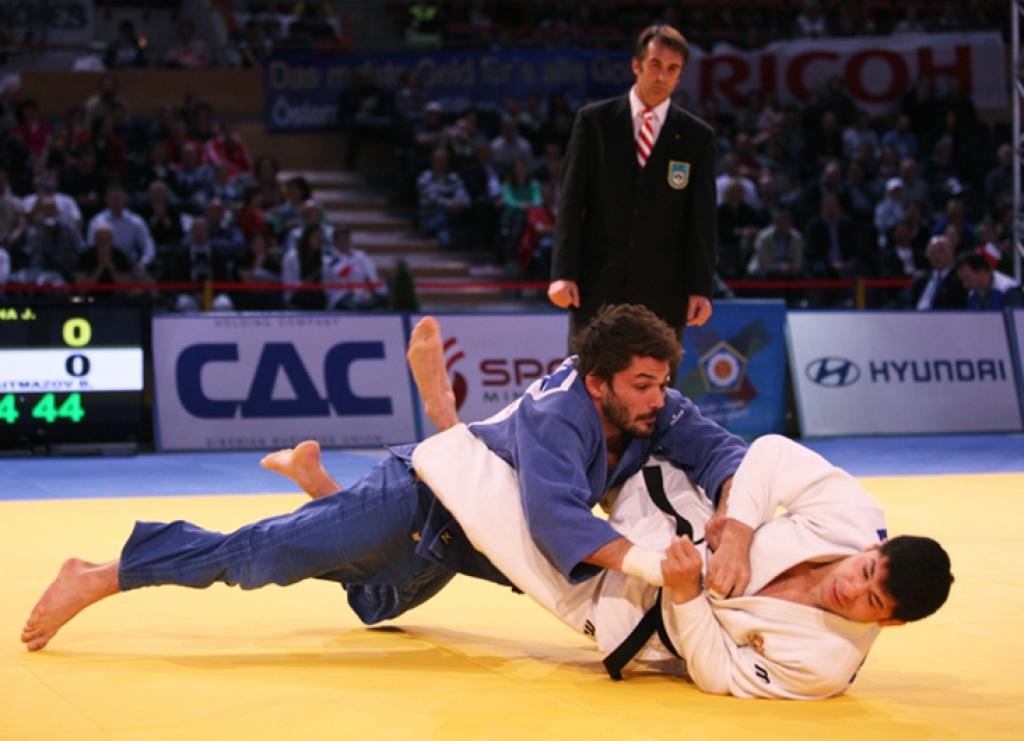 Portuguese Joao Pina was fantastic today, as he didn’t have an easy draw defeating last last year’s finalist Dex Elmont (NED), the experienced Krzystof Wilkomirski (POL) and Zaza Kedelashvili (GEO) in the semi final. In the final he met Batradz Kaitmazov (RUS) who surprisingly reached the final, despite a weaker table than Pina’s. In the final it was Pina taking the lead and didn’t give it away. Pina won his first ever medal at Europeans at the age of 28, ten years after Michel Almeida won gold in this category. He’s the fifth Portuguese to win the European title.

Dirk Van Tichelt (BEL) was one of the favourites to take the gold in advance, but he lost to Zaza Kedelashvili (GEO) in the quarterfinal.
In the repechage he beat Wilkomirski (POL), but Attila Ungvari was in good form today as well. The Hungarian became the winner in his table but lost to the astonishing Kaitmazov in the semi final.
Ungvari had troubles in the beginning with Van Tichelt, who thought to win this match. But Ungvari thought differently and surprised Van Tichelt with a late score in the golden score. In the first place the referee gave the waza-ari to Van Tichelt, but the assistant referees awarded it to Ungvari in the end. In the golden score Ungvari was the most active and Van Tichelt got penalised.
Ungvari won the bronze, making two medals in the family jointly with his brother Miklós.