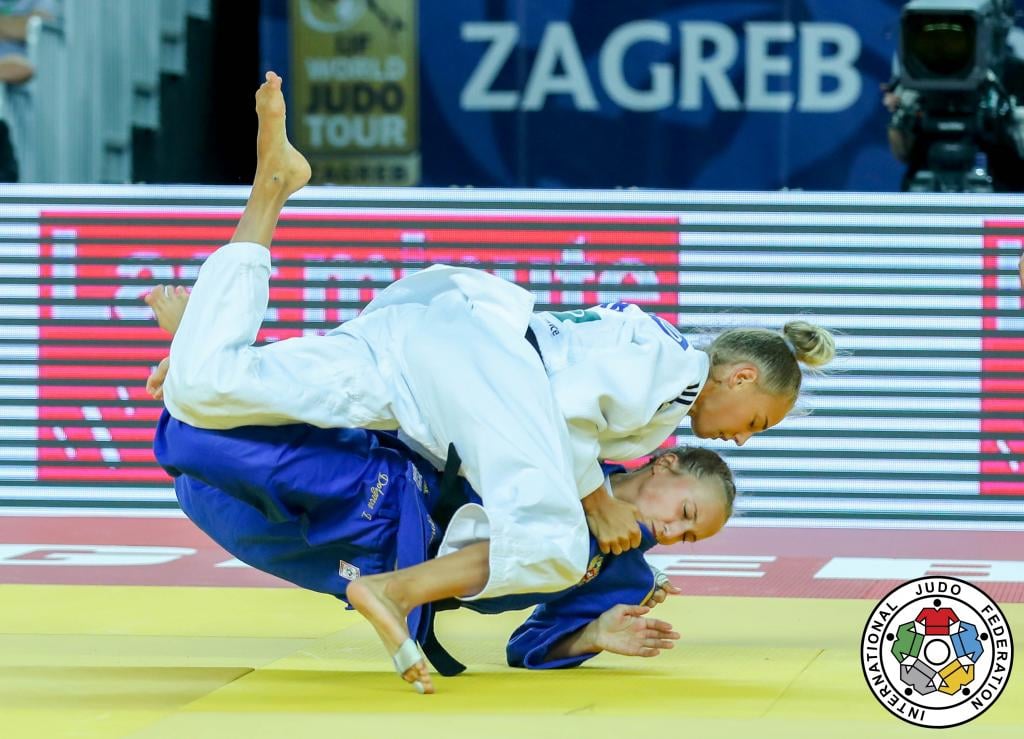 Ukraine’s dynamic young superstar Daria BILODID won her latest IJF Judo World Tour gold medal in fine fashion when she topped the podium in the -48kg category on the opening day of the Zagreb Grand Prix. In a field that included six of the world’s top ten super lightweights, Bilodid gave further evidence of her growing stature by enjoying what was undoubtedly a deeply satisfying win in the quarter final against world and Olympic bronze medallist Otgonsetseg GALBADRAKH (KAZ) to whom Bilodid had lost at the world championships in Budapest last year. More importantly, the Ukrainian followed this in the semi final by handing a second defeat to current world champion TONAKI Funa (JPN). Biodid went on to defeat Irina DOLGOVA (RUS) in a repeat of the 2017 European championship final. When asked about her feelings on the day Bilodid said,

“I’m very happy to win today, it’s my sixth gold medal in nine months, but my focus is on the World Championships.”

Still only 18 years old, Bilodid was quick to add,

“It was a hard but important competition today which is what I needed because I want to be in my best shape for Baku. I want to be world champion this year, it’s all I think about now. Then my attention will be on becoming the Olympic champion.”

Amandine BUCHARD (FRA) collected a silver medal and Charline VAN SNICK (BEL) a bronze in the -52kg category whilst in the -57kg category KARAKAS Hedwig (HUN) picked up a bronze medal. In the -60kg category Ashley MCKENZIE (GBR) and David PULKRABEK (CZE) were the bronze medal winners.

There was a gold medal too for Tal FLICKER (ISR) when he won the -66kg category (his second IJF Grand Prix title) defeating Georgi ZANTARAIA (UKR) in the final. Baruch SHMAILOV (ISR) made it a good day for Israel as he added to their medal tally with a bronze in the -66kg category. 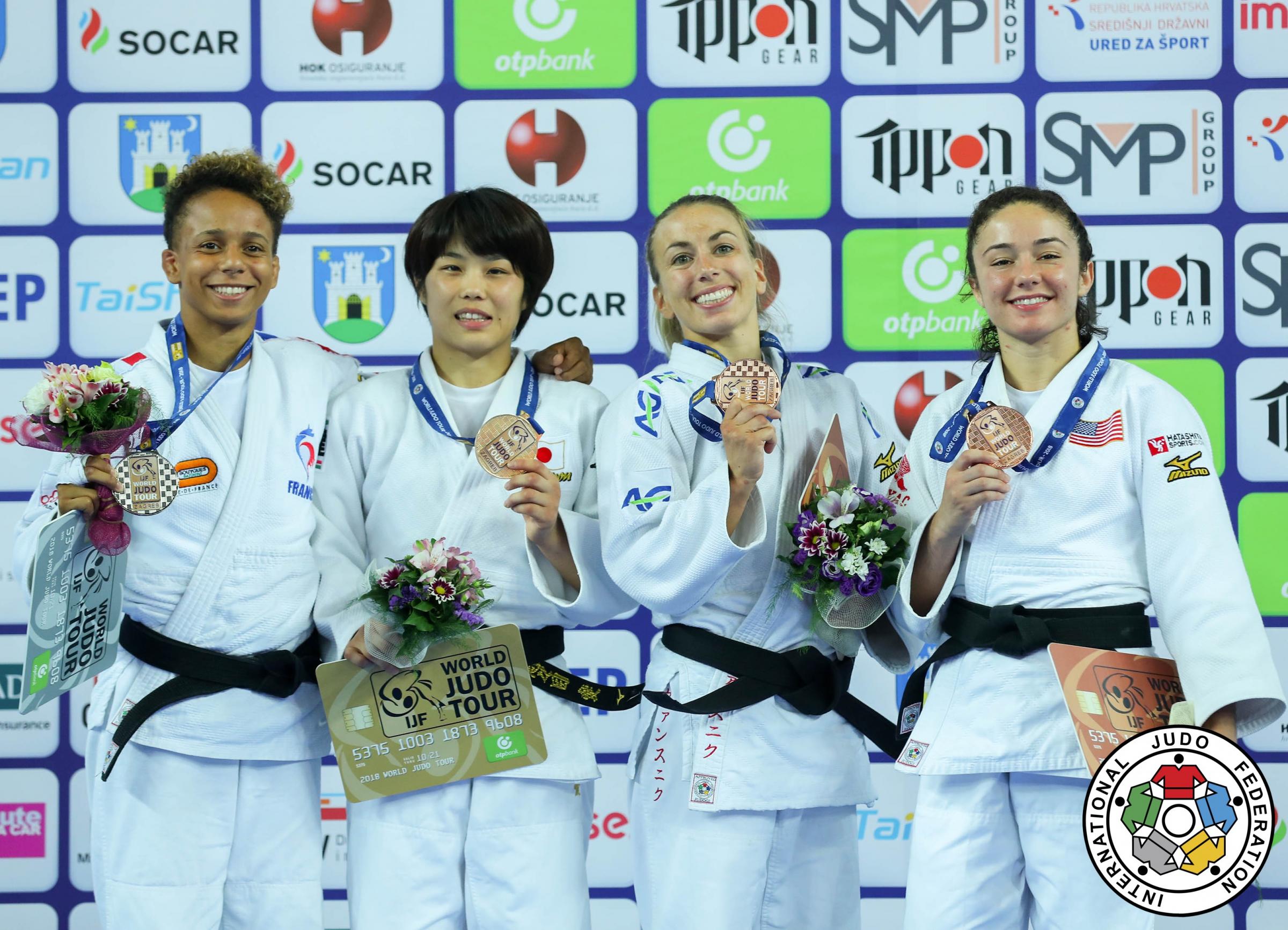 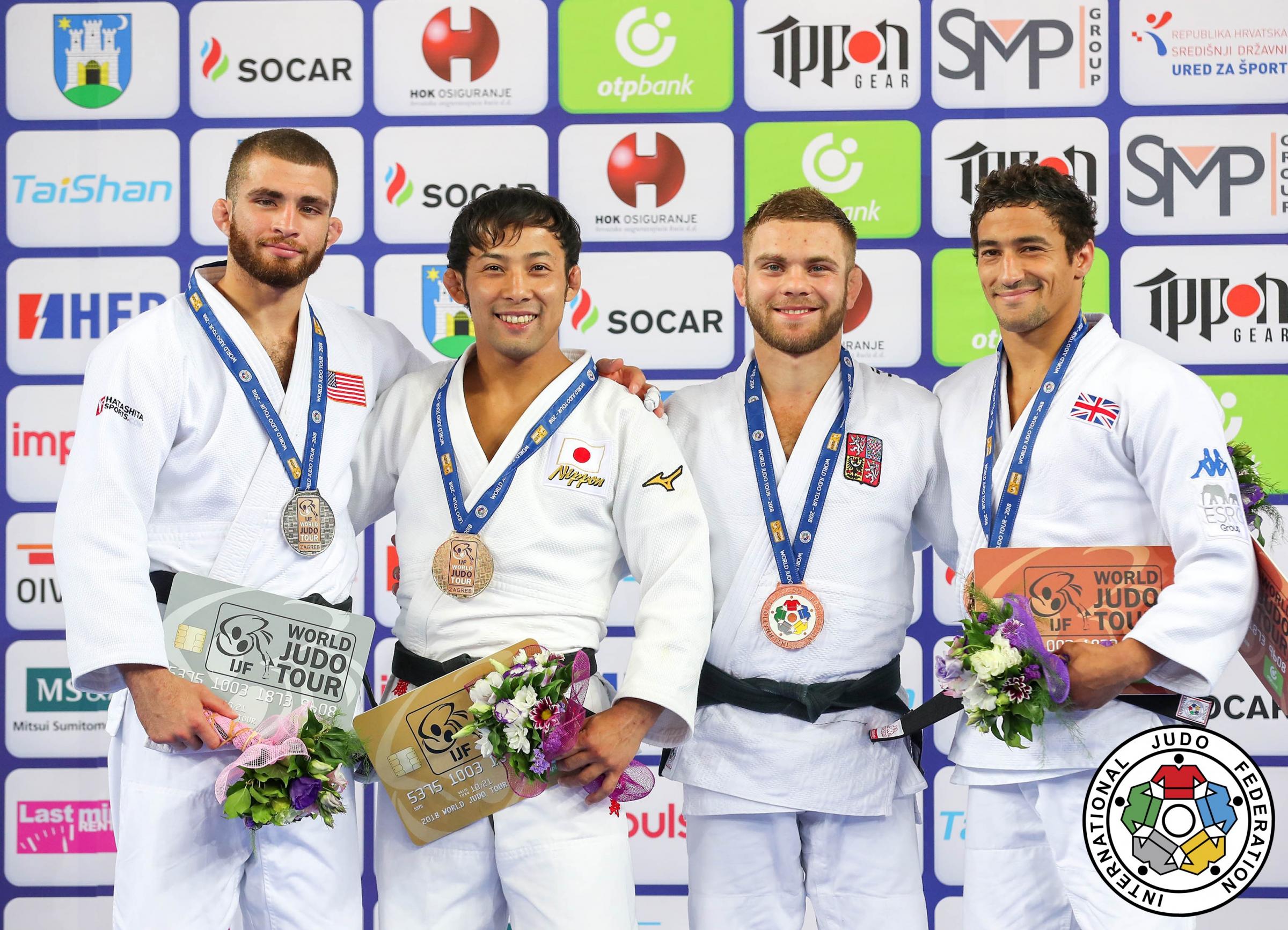 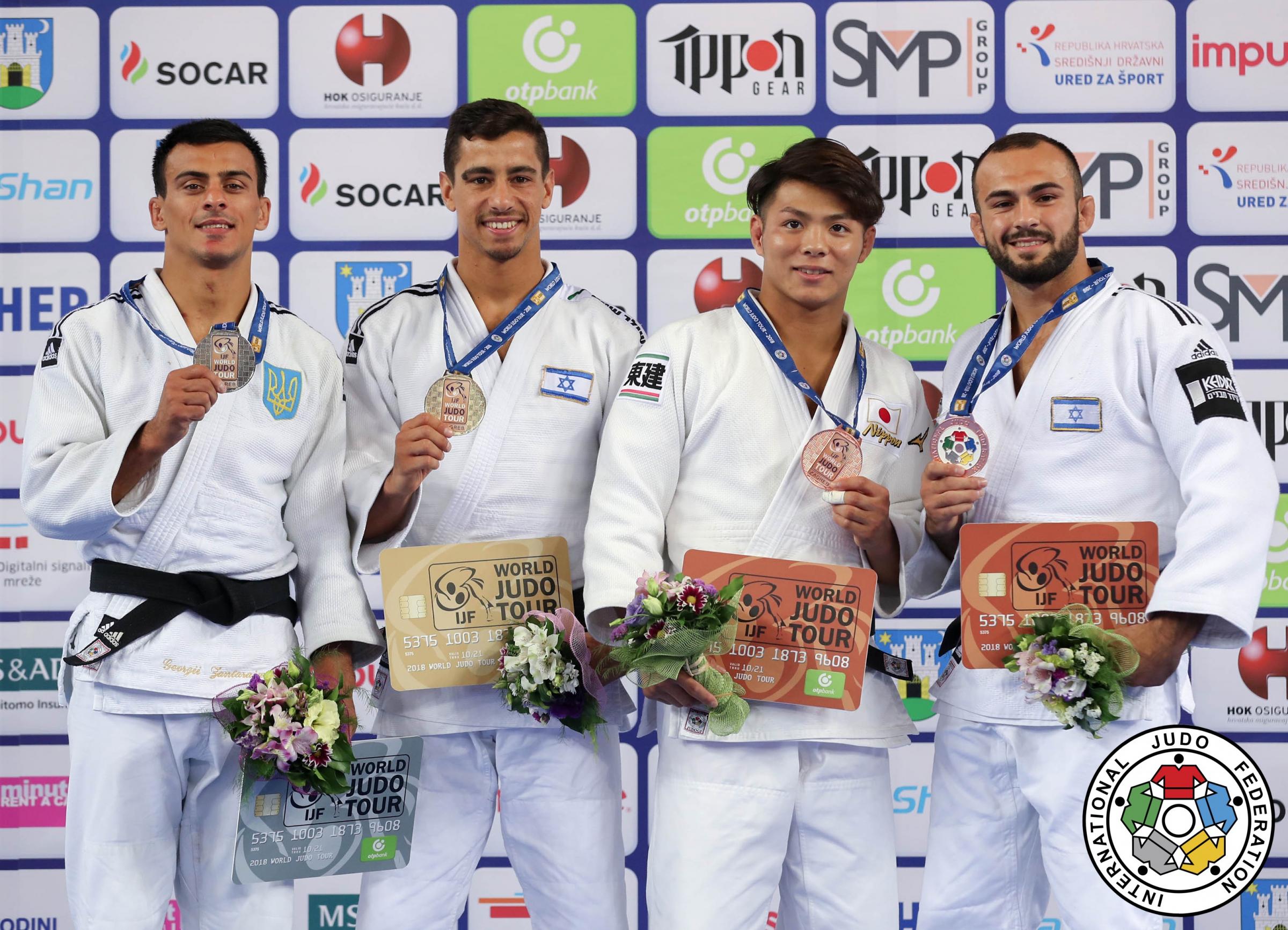 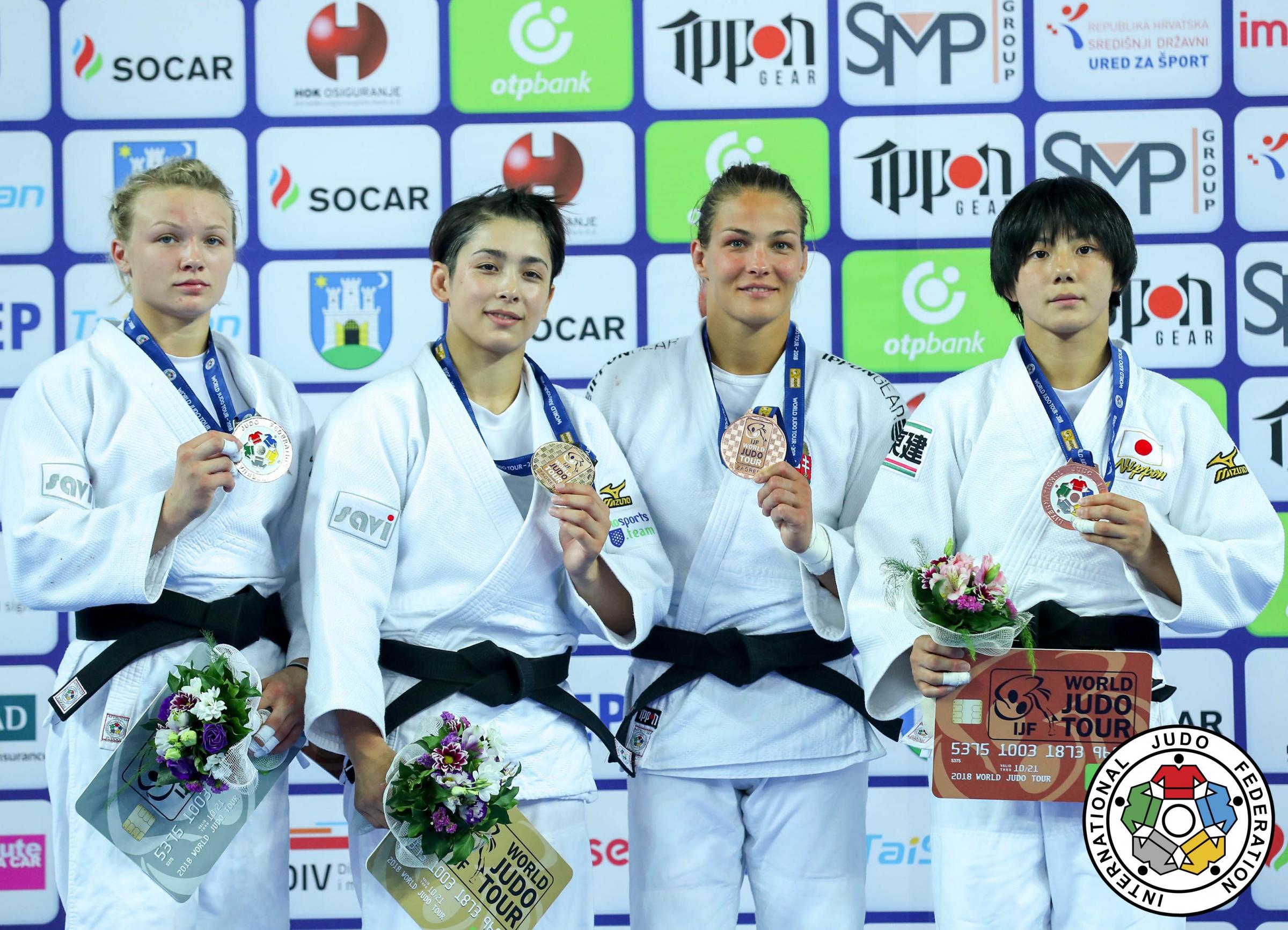