Birmingham is warming up for the GB World Cup 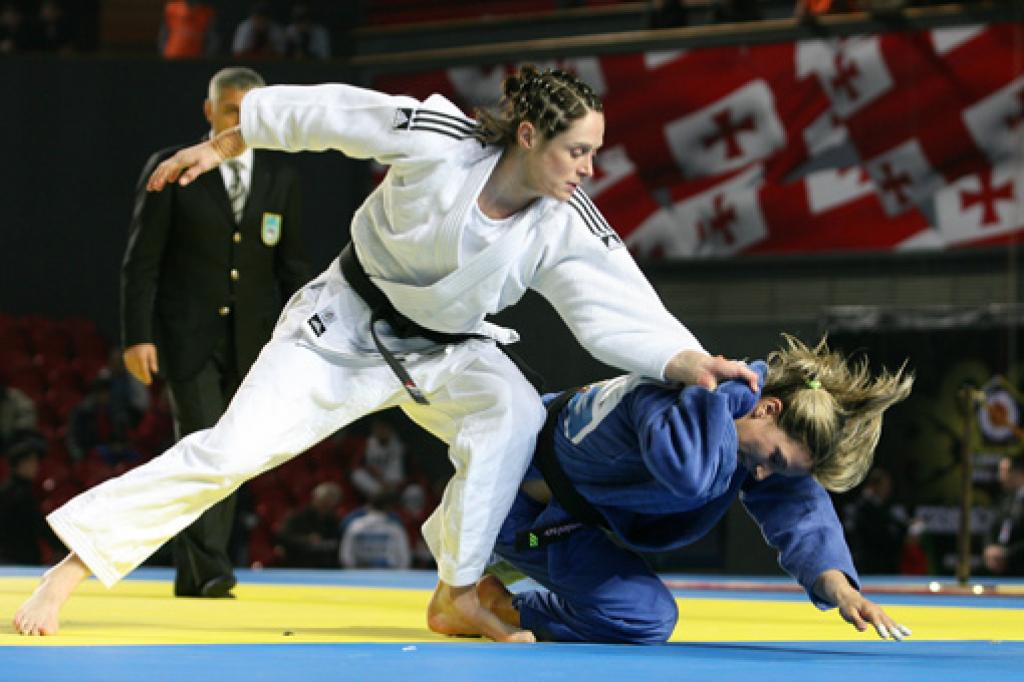 A 52-strong British team, including 13 players who competed in the World Championships, have been selected for the 2009 GB World Cup being staged later this month.

The event will take place at Birmingham National Indoor Arena, on the 19th and 20th September.

As host nation Britain has decided to field the maximum four competitors in each of the seven men’s weight categories, plus 24 women across the seven women’s categories.

Commenting on her selection, 22 year old Conway, who narrowly missed out on a medal in the recent World Championships in Rotterdam, finishing 5th in the -70kg weight category, said “I am feeling good at the moment all rested up and recovered and looking forward to fighting the GB World Cup. It should be a really good competition with all the different teams attending”.

In addition to Conway, 12 more players, who competed in Rotterdam have been selected, these include 2008 Olympic Athlete of the Year James Millar, 2007 World Medallists Euan Burton (-81kg) and Peter Cousins (-100kg) and European Silver medallist Sarah Clark (-63kg).

Commenting on the event, Clark said, “ I am looking forward to competing at the GB World Cup in front of a home crowd and home support. I will be competing at 63kg so I don’t have to be so strict on keeping my weight low.

“I think, after the disappointment of last week and losing out in the first round, that the GB World Cup will be an important event to ‘get back on track’ and back into competition mode.

“I took a bronze medal at this event in 2006 so of course I’ll be looking to better this and put in a good, strong and solid performance. Saturday evening should be a great event too – with many volunteers and players being awarded for their efforts of the last year at the BJA Awards Dinner”, she continued.

Selectors will announce early next week whether 2009 World silver medallist Karina Bryant (+78kg) will be named after she sustained a hand injury prior to the World Championships.

Commenting on the strength of the team, Head of Delegation Karen Roberts said, “This is a fantastic opportunity for a large number of our players to gain international experience and experience of an event of this level.

“This is the largest delegation we have ever sent to the GB World Cup and has allowed us to have a mixture of elite seniors, U23’s and some of our younger athletes competing”, Roberts continued.

The GB World Cup returns to the NIA for the fourth time and forms part of the new World Ranking system, announced by the International Judo Federation (IJF), which contributes to Olympic qualification and each individuals World standing.

Nations including France, Russia, Germany, Netherlands, Brazil, and Canada will be amongst the nations competing in the event which is regarded as the best staged on the World circuit.