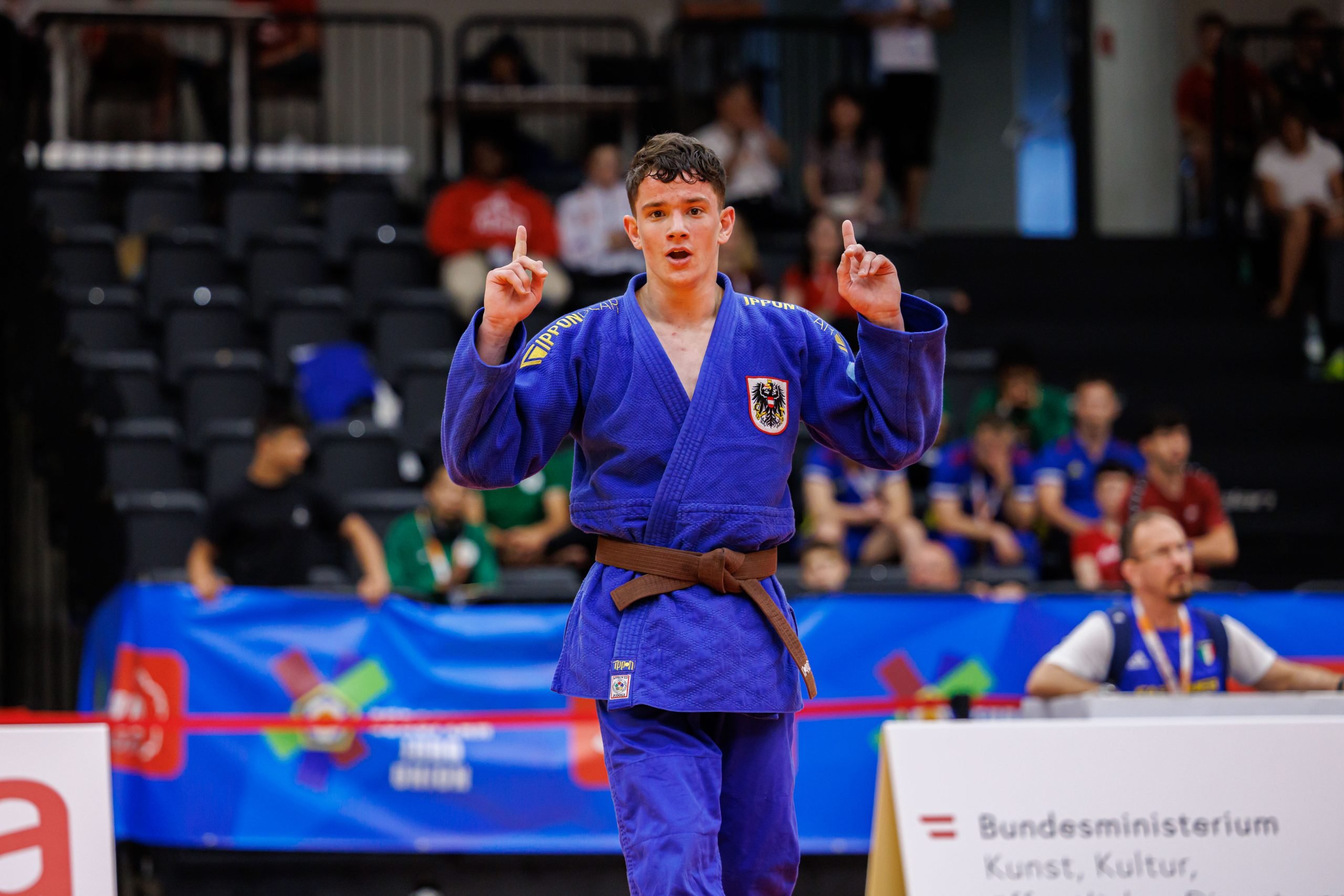 Internationally the first competition day of the Graz Junior European Cup – with 517 participants from 37 countries – became a success story for two countries only. Team Japan took all four women titles plus one more in the men’s -73 category, as Kazakhstan won the remaining two categories (-60, 66) and a silver medal. For the Austrian host it was a huge Judo family gathering after two years of international (event) absence. For the first time the multisports hall in Graz was used. “It’s a question of larger hotel and spectators capacities in Graz. But to be honest – we expected figures plus 400, but not more. The quantity and quality of the entries was a pleasant surprise”, admits Austrian Judo Federation president and EJU General Secretary Martin POIGER. “Our European Cup is probably even tougher than the European Championsships.”

At the end, the host could celebrate a medal as well. Birthday boy Marcus Auer (-60), a two-time European Cup winner this year already, who turned 19 years of age today, suffered a quarterfinal loss against Enzo JEAN (FRA), but then started to meet the expectations of the home crowd, including his parents. He won all his repechage bouts, including the Bronze Medal final against Kanta SEKIMOTO (JPN).

“I am extremely happy about four of my five fights today. Just in the quarter final I made a stupid fault, I could have won this one as well probably. But the other fights turned out to be really good. I was not more nervous than at the European Cups in Coimbra or Lignano”, emphasized the local hero.

The -60 final was a truly Kazakhstan affair between World number four Nurkanat SERIKBAYEV and fellow countrymen Merey MARKHANBETOV. Nurkanat, being one year older, had the better end, winning the gold medal after a second place in Poznan (POL) and a third rank in Athens (GRE) earlier this year. Nursultan ZAIZAGALIYEV won the -66 category and securing the second gold for Kazakhstan.