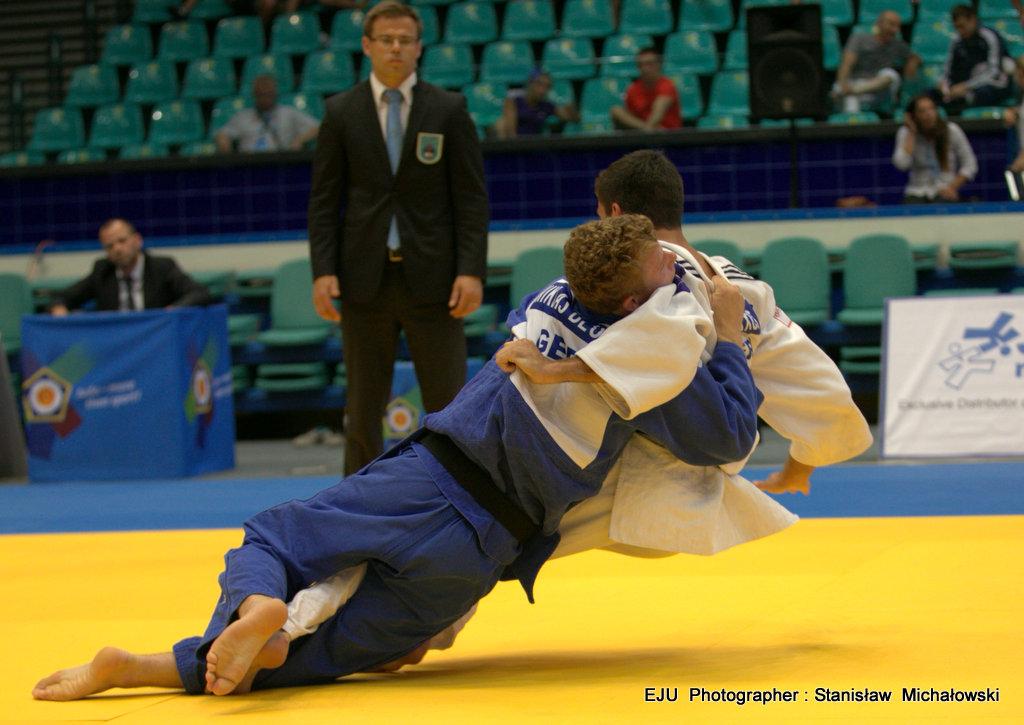 One year ago the promising young German Niklas Blöechl had to settle for fifth place at the Junior European Cup in Wroclaw. He made up for that disappointment by winning here in fine style this year. Six fights, five ippons and only Benjamin Axus FRA went the distance collecting four shidos in the final. This left little doubt about the quality of Blöechl’s performance. There was a particularly strong performance from the Japanese women proving that the European Cup is the perfect level to prepare for the Junior World Championships in Miami but, closer to home, for the European Junior Championships this year in Bucharest. The Polish hosts are preparing too, for they will stage the European U23 Championships in Wroclaw, in the same hall.

This European Cup is the tenth in a series of 12 European Cups in the IJF Junior World Tour. Alomg with Japan, Germany too had a good showing in Wroclaw. The German men took 3 out of the 4 available gold medals and in total the team took 10 medals. The 10 Japanese women have entertained the spectators by taking 6 medals, a 100% score as only six participated today. Four gold medals and two all Japan finals, so two silver medals. None of the Japanese were seeded and their young women defeated everyone with exceptional skill.

There was also a gold medal for France when Walide Khyar outclassed Robin Corrado for the fourth time although he proved to be a true survivor. He suffered severe cramps in his thumb but he was nevertheless still able to overcome his compatriot.
Poland collected two bronze medals in the women’s division.

Follow the European Cup again live in our stream at: http://new.pzjudo.pl/aktualnosci/2/1,,869/

For the all the results please click on: http://judolive01.lb.judobase.org/www.judo-world.net/eju/european_cup/ecup_jun_wroclaw2014/tta_menue_eju.php?modus=1024&sprache=english