BLOSSOMING BILODID BACK TO WINNING WAYS 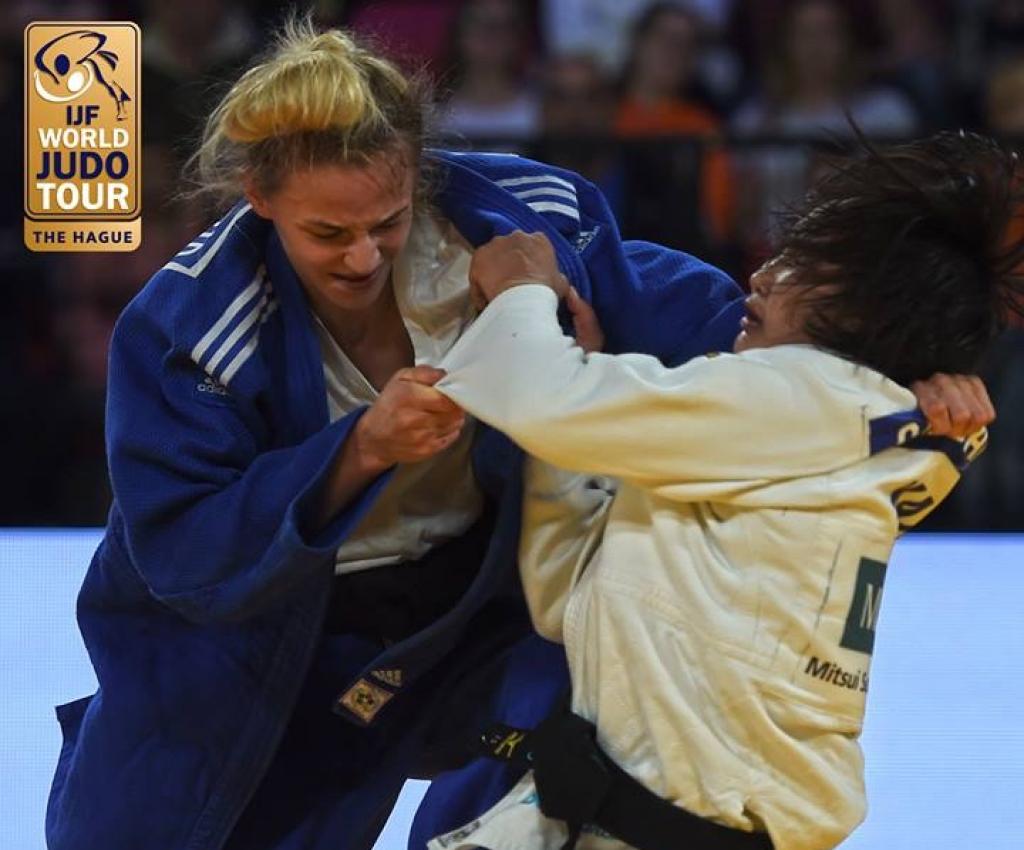 It is a mere 10 weeks since Daria BILODID (UKR), current European champion at -48kg, tasted defeat at the hands of world and Olympic bronze medallist Otgonsetseg GABLADRAKH (KAZ). The 17-year old Ukrainian was sent crashing out in round three of the world championships in Budapest that left her visibly shaken and hugely disappointed. It is to the young Bilodid’s credit that not only was she able to refocus quickly but, just as importantly, she avenged with steely determination her loss to world ranked number two Galbadrakh at the first opportunity. Bilodid achieved this triumph by taking the gold medal in the -48kg category on the opening day of The Hague Grand Prix and, in the process, her first ever IJF World Tour gold medal, leaving Galbadrakh in second place.

Bilodid made light work in her opening contest of disposing of Oksana AGAZADE (RUS) who she held for ippon with sangaku gatame. In the quarter final Katharina MENZ (GER) was caught twice in newaza for two scores of waza ari which was enough to put Bilodid into the semi final where the Ukrainian faced the experienced Taciana CESAR (GBS). The age gap between the two may not have been readily apparent, but Cesar was stepping onto the tatami at the junior world championships in 2000 when Bilodid was only two weeks old. Leaving age difference aside, Cesar fought doggedly to take Bilodid into golden score. But Cesar could not avoid collecting a third shido and with that she lost the match.

When asked whether she was seeking revenge for her loss to Galbadrakh, Bilodid said, “Of course I was very disappointed to lose to her [Galbadrakh] at the world championships and I was very eager to win against her today. My coaches worked out a strategy for to employ against her and I am pleased that I was able to do this successfully.” With regard to what is next for her, Bilodid said, “That is it for me for the rest of this year. I will of course be training in preparation for the events next year, Grand Prix, Grand Slam and world championships.”