BOLDER MAKING ALL THE RIGHT MOVES 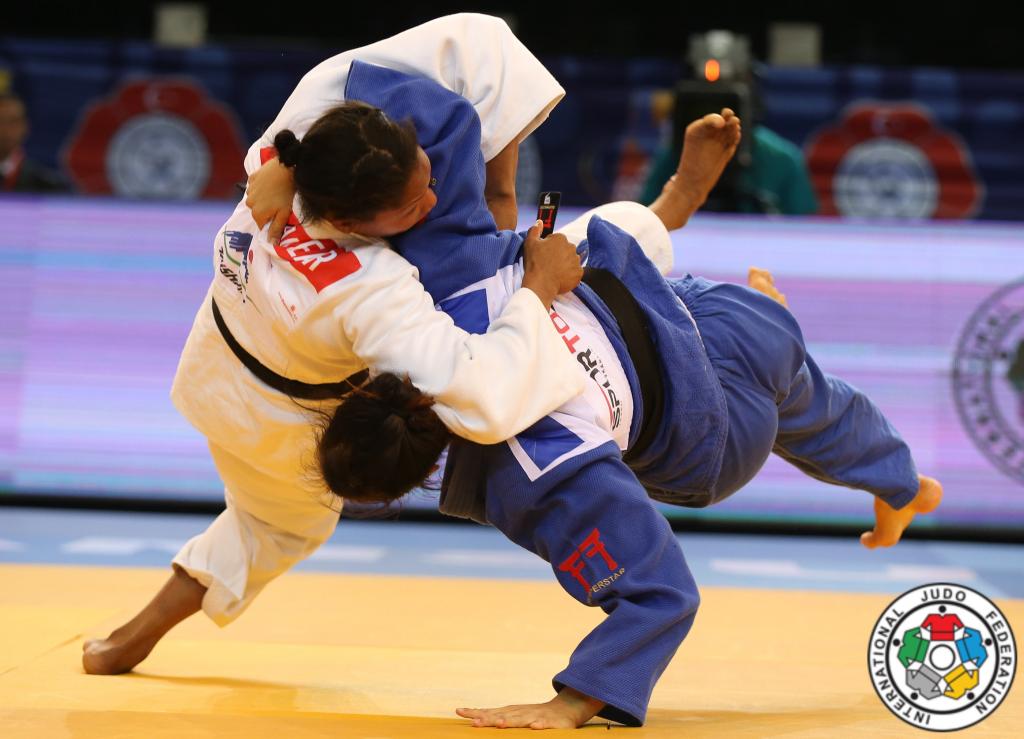 The day began well for Israel’s newly settled athlete Linda Bolder when, in her first round contest in the -70kg category of the Samsun Grand Prix, she came up against Turkish newcomer Esin Bulut whom Bolder defeated with a neatly executed sangaku jime. Next up was former African champion Assmaa Niang MAR. Bolder had lost last time out to Niang in Düsseldorf, picking up an injury in the contest. Here in Samsun, however, Bolder threw Niang quickly with tomoe nage and then armlocked the Moroccan with juji gatame. Bolder continued her fine display of ne waza when in the quarter final she defeated Juliana Robra SUI with her second sangaku jime of the morning. It was the eighth time that the pair had met and Bolder now leads this particular series 6-2. The semi final saw Bolder matched against Tsend Ayush Naranjargal MGL whom Bolder threw first for waza ari with o uchi gaeshi and then for ippon with sasae tsuri komi ashi to take her place in the final. This brought about a first ever meeting with current world champion Yuri Alvear COL whom Bolder, when still a junior, had seen in Rotterdam in 2009 when the Colombian won the first of her three world titles. But records are there to be broken and champions there to be toppled which is what Bolder did with deft timing when Alvear’s weak attack with o uchi gari saw the Colombian thrown for ippon with o uchi gaeshi and, with that, the gold medal went to Bolder. Israeli women’s head coach Sharney Hershko was very pleased with Bolder’s performance. “We have some degree of experience with regard to fitting new players into our team. Linda is a quality player who brings a very high level of judo to the team and her positive attitude makes it easy for her to fit in,” said Hershko. Israel has a policy of only qualifying athletes to compete for them if they have genuine ties to the country. In Bolder’s case her husband is Jewish and they regularly spend time in Israel. “I enjoy training with the team at the Wingate Institute. It has everything one needs for high level sport preparation,” said Bolder. When asked what was next on her agenda Bolder replied, “I feel fit and healthy so I’ll be going to Zagreb for the grand prix and to the European games in Baku.”