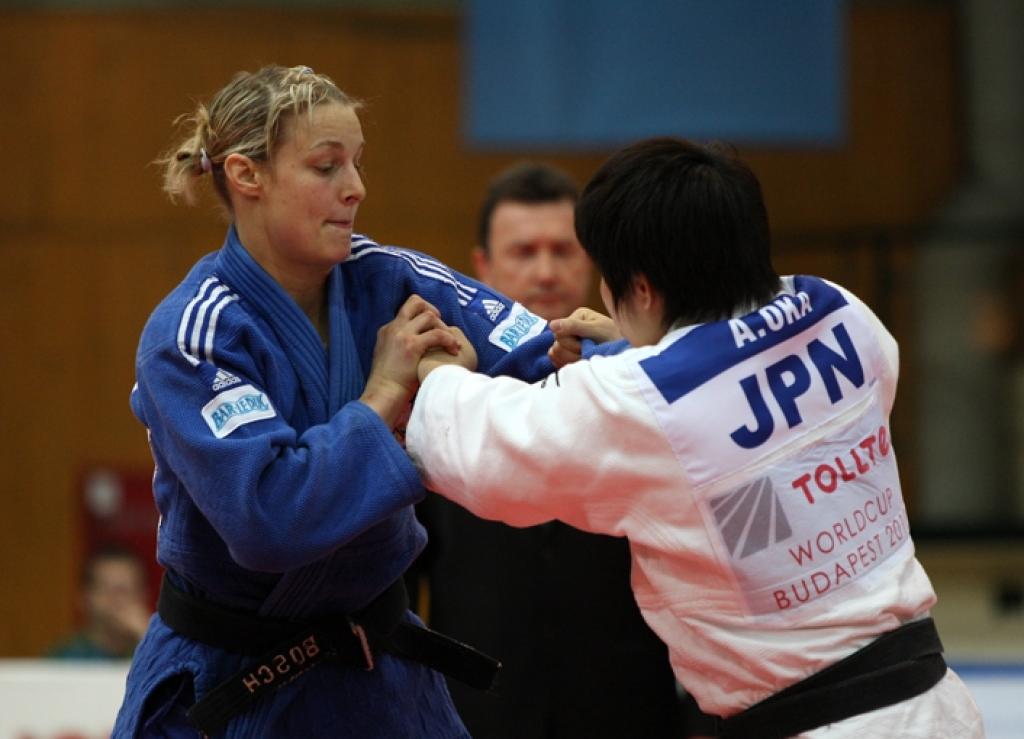 Japan has won five of all seven weight categories at the women’s World Cup in Budapest. Yesterday all three categories were won by Japan, today only Dutch Edith Bosch and Mayra Aguiar were able to stand the Japanese pressure. Japan had representatives in each final.

Bosch was the only European gold medalist. A welcome victory for the tall Dutch who was defeated at the World Championships in Rotterdam in her own country and didn’t fight after the Worlds. The 29-year old former World Champion beat Asuka Oka (JPN) in the final U70kg. Also she defeated Tomoe Ueno, who won the bronze together with Kelita Zupancic of Canada.
Bosch won her 12th World Cup in her career. Since 2002 she has won one championship. But started collecting in the year 2000.

Brazilian Mayra Aguiar defeated 21-year old Tomomi Okamura (JPN) in the final U78kg. The Brazilian double world junior medalist won her second World Cup. At the Grand Slam of Tokyo Okamura beat Aguiar, but this final was for Brazil. It was only the 11th World Cup/Grand Slam or Grand Prix title in the history of Brazil in the women’s category in Europe. Maybe Aguiar can become the successor of Edinanci Silva (BRA) who was successful in this category too.

In the U63 category Kana Abe (JPN) won her final beating Vlora Bedzeti of Slovenia. The rest of the Podium was completely Japanese.
Megumi Tachimoto won the plus category in Budapest by beating Natalia Sokolova from Russia. Polina Belousova (RUS) shared the bronze with Urszula Sadkowska from Poland.