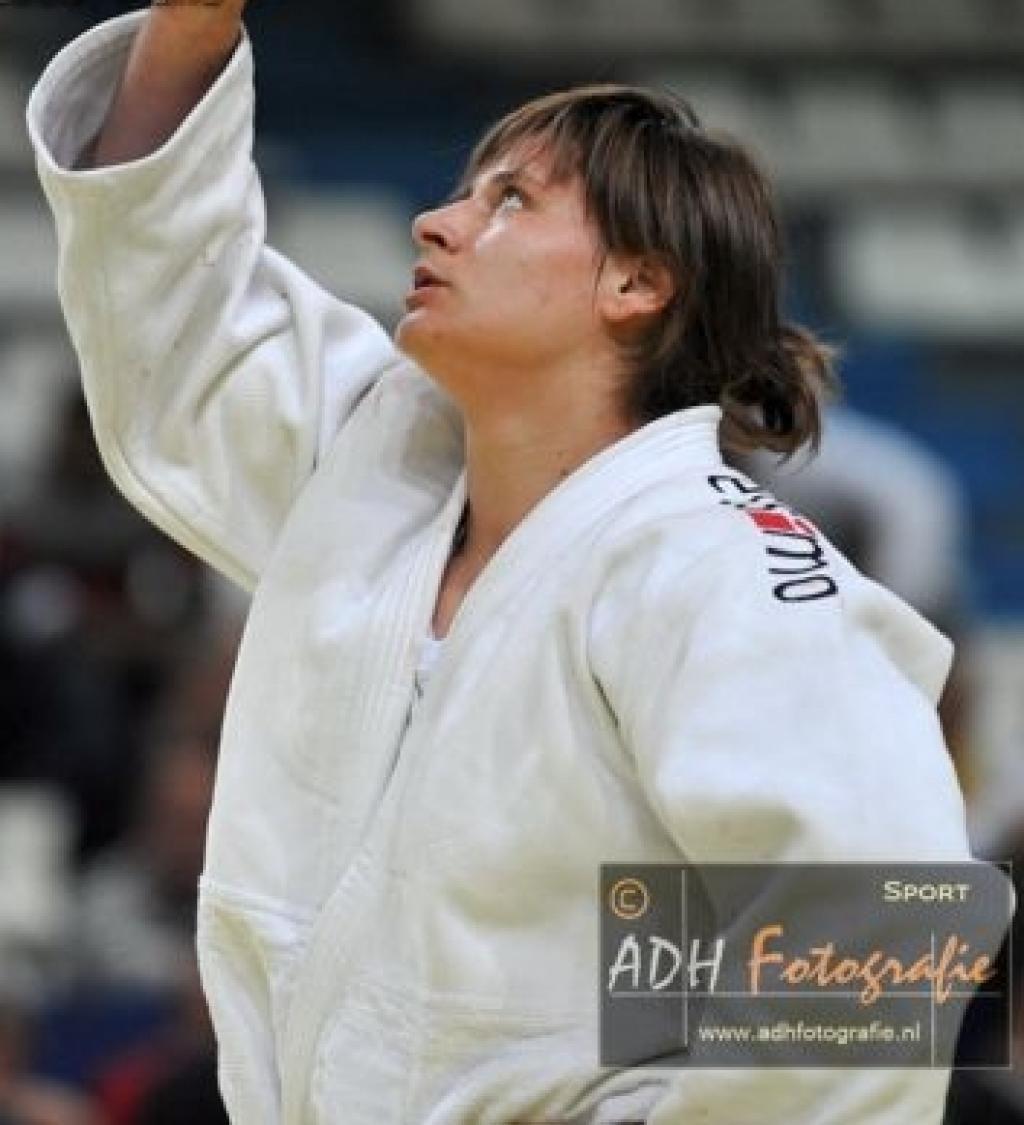 Bosnia celebrated a gold medal today in the women’s heavyweight category. Larisa Ceric (pictured) won the final against Polina Belousova (RUS) and continued last year’s title in Sarajevo. Ceric, the first ever Bosnian World U20 Champion was one of the major favourites to win the title.

Slovenia did well U70kg. With two country women in the final Branka Mirjanic and Anka Pogacnik Slovenia was quite satisfied to the max. Mirjanic took the gold, accompanied by two Russian winning bronze.
Pogacnik was today’s youngest medallist, aged 18 years.

Lindsay Purves won the gold U78kg in the only Western European final of today against Sofie de Saedelaere from Belgium.

Andrey Poroshin was the surprise U81kg today in Sarajevo. The Russian fighter defeated experienced Croatian Tomislav Marijanovic in the final. He was the only non Russian on the stage.
Poroshin is a relative newcomer. He never won a national medal in Russia, but he represents the famous Chelyabinsk Region judo
school, which hosted some mega stars from the past: Ivshin, Betanov, Verichev, Karpov, Makarov, Morozov, Stepkine, Mirzaliev, Pipia, Denisov and many more. Poroshin is a welcome member of the club at Russian Team Championships and now suddenly wins an international gold medal.

Serbian welcomed the gold of Nikola Milosevic. He defeated Renaud Carriere from France in the final U90kg. Another Serbian fighter Bojan Ignjatevic finished third in this category, shared with Steven Cnudde from Belgium.
A second win of the Serbian team was for Milan Disovic. In the final he defeated his compatriot Predrag Budic. Frederik Joergensen (DEN) finished third with 37-year old Sven Helbing who now finds for Austria, previously for Germany. Helbing was the European junior Champion of 1992, when today’s winner Disovic was 6 years.

Last year this category was won by homefighter Eldin Lukac who was one of today’s favourites, but he lost his second match in the repechage. Lukac lost his first match against finallist Carriere.

Serbia takes the lead in the medal tally with two male gold medals while last year there won two in total, both women. Serbia shares two golds with Slovenia who won four gold medals last year, so two to go for tomorrow. Russia won many medals, but 7 out of 9 were bronze.