BRAINS AND BRAWN: EUSA WELCOMES WORLD RANKED ATHLETES TO THE STAGE IN ZAGREB 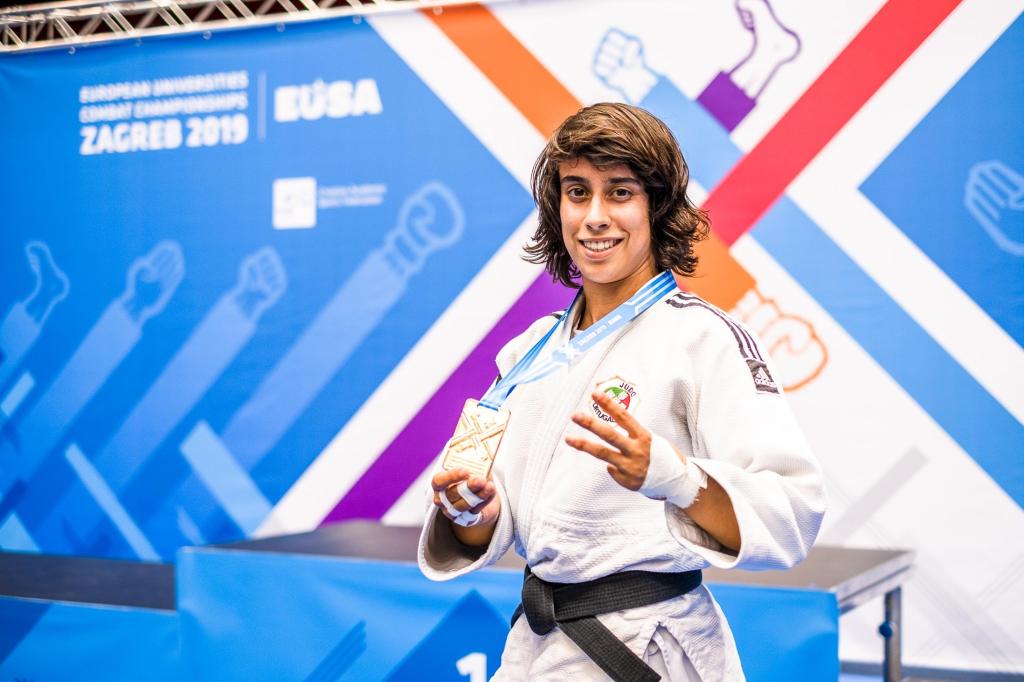 Portugal have caused quite a stir in 2019 with some remarkable results across all ages, most notably taking the silver medal in the mixed team event in the European Games event in Minsk. The level of their senior athletes has improved tremendously producing more and more judoka with medalling hopes, and this tournament is no different.

On the 1st and 2nd of August we saw the individual competition of the EUSA European Universities Combat Championships take place in Zagreb. The athletes must have taken inspiration from the Grand Prix that took place in the same city just a few days ago as the level was outstanding.

Catarina COSTA of Portugal competed in the -48kg, taking the University title and winning each of her contests by ippon. The Portuguese IJF World Tour regular has continued to exceed expectations in her mission to reach Olympic qualification with numerous Grand Prix medals under her belt and achieving her first Grand Slam medals in 2019. COSTA was unfortunate in the World Championships in Baku, taking 5th place, still with an impressive performance against World and Olympic Champion, Paula PARETO (ARG).

The final against Mila ULRICH of Germany wasn’t so easy, ULRICH is a known name on the European circuit, medalling in European Cups and Open tournaments and put up a strong fight against the eventual gold medallist.

The #1 seed COSTA has a wealth of experience, putting her in good stead to take the gold representing her university. The medicine student of Coimbra University told us,

It felt amazing representing once more my university and my city and ending up the day with a beautiful gold medal.

For me this competition is also very important because it shows the youngest generation that they don’t have to give up on their sports dreams just because they want to go to university, it is possible to study and do a high level of competition.

Costa is ranked #11 in the senior IJF world rankings, and following on yesterday, another Portuguese talent, Patricia SAMPAIO fought to take the university title in the -78kg category.

SAMPAIO from the Universidade Nova de Lisboa also competes internationally for Portugal. At only 20 years-old, she is a recognised talent on the senior circuit, earning herself two Grand Prix bronze medals this year in both Tbilisi and Marrakech. The 2018 Junior European Champion has topped the IJF Junior seeding for two years in a row and we can only assume fantastic things will come from this athlete,

I’m studying Science of Communications, probably later specifically Journalism. This experience was really amazing, it was the first time I had the honour to compete in this kind of competition and winning here was a great motivation for the upcoming challenges I have next. For me, it’s really important to study and prepare for a future alongside judo, so I always try to balance two things that I like and that will improve my future.

Today will conclude these Championships for judoka with the mixed teams event taking place.