Brazil collect medals in Rome, but Russia and Korea divide the gold 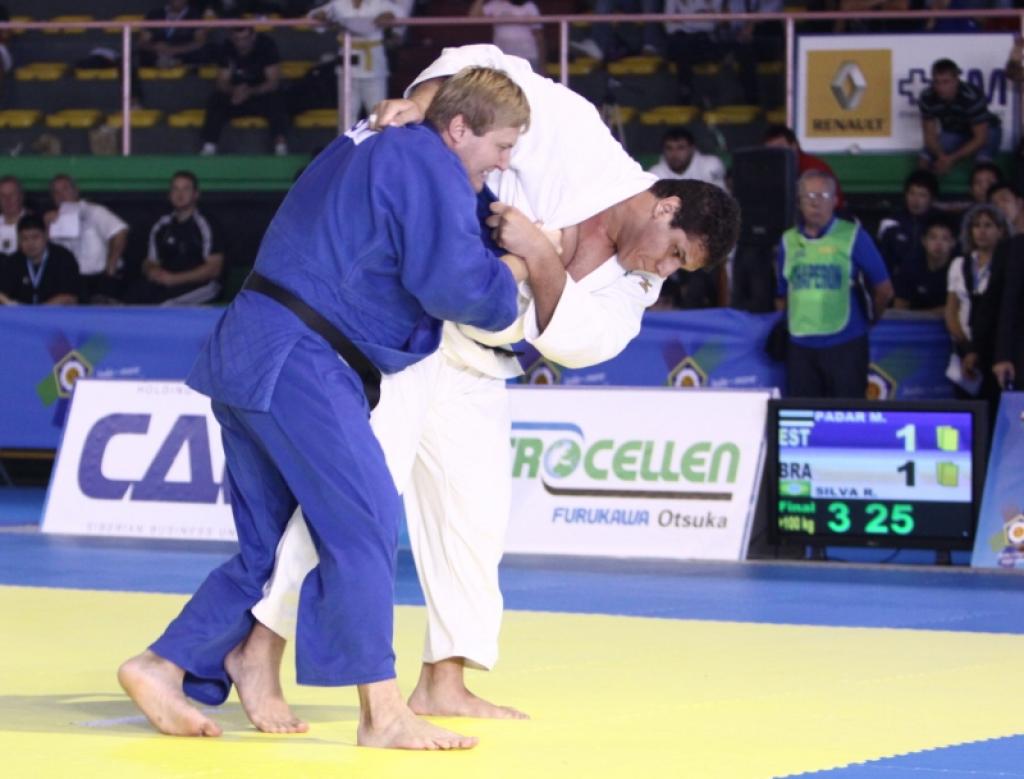 The last day of World Cup of Rome at the PalaFIJLKAM in Ostia was most over dominated by Russia. The Russians won two gold medals with Viktor Semenov U90 kg and Tagir Khaibulaev U100kg. Zafar Makhmadov’s won bronze with
In this category. It was however Korea that won the medal tally as they dominated the first day in Rome winning two gold medals and one silver.
Brasil gained a remarkable number of seven medals. Today Brazil won three medals in the heavyweight category.
In the category U100kg Khaibulaev defeated Leonardo Leite, +100 kg Rafael Silva was defeated by Estonian Martin Padar who won the gold medal.
Luis Carmo and Walter Santos won bronze for Brazil.

One gold medal also for Germany by Sven Maresch who won the U81kg division at the end of a very equilibrate final against Alain Schmitt (FRA).

Host nation Italy collected three medals today. Silver by Roberto Meloni U90 kg against Semenov. It was Meloni’s first medal in a World Cup after the Beijing Olympics and the operation to his spinal column. Italy won bronze by Antonio Ciano (U81) and Lorenzo Bagnoli (U90). It gave Italy the seventh position in the medal list won by Korea.