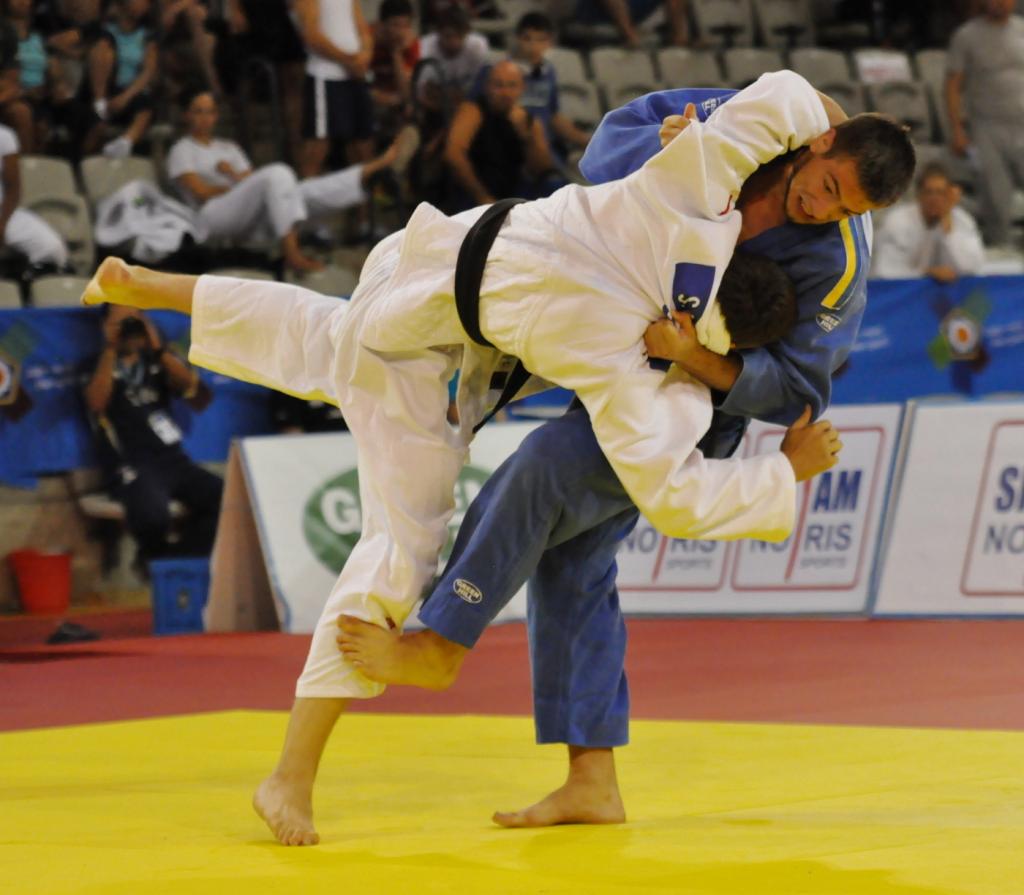 The European Cup for Juniors continued in Prague on Sunday with Brazil finishing the tournament as the most successful country overall with 5 gold 2 silver and 4 bronze. “I am very much satisfied with our performance here”, Kenji Saito, the Brazilian head coach said. “This time we have won even one more medal than when we visited last year. Also this year we were able to win five gold while last year in Liberec we won just two categories. I was very impressed by the performance of Santos in the -81 kg. Particularly his semi-final match which was quite dramatic. Also in the final he was losing but performed two nice attacks and won in the end by ippon. Our team will also take part in the Berlin tournament next week-end and after that we will focus our training solely on the junior world championships, “ added Mr. Saito.

Whilst Brazil celebrated as overall winners, it was the men of the Ukraine who topped the men´s division. After the victory in the -66 kg yesterday the Ukraine added two more gold medals with wins in the -100 kg and +100 kg categories. “It is always nice if we can promote our country”, Anton Rudnyk, the winner of +100 kg, said. “And I would like to do the same in Bucharest. But I know that it will not be easy”.

Aleksandra Samardzic is a 16-year old rising judo star of Bosnia and Herzegovina. This April she placed third in the European Cup Cadets in the Czech Republic but three months after that she won the European Cup for Juniors. “I have even won the European Cup Seniors this year”, laughed Aleksandra. “I know it may sound strange that I have won today juniors and did not win cadets here three months ago. But when I fight in any cadet tournament I feel a great pressure on me because everybody expects the gold from me. But when I fight in a junior or senior tournament I feel very relaxed because I can only gain experience. And that has happened today. I hope that it will be the same next month in China during the Youth Olympics because I am fighting in -78 kg there. I will not feel any pressure there either,” Aleksandra concluded.

The contest of the day was however the final in the –90 kg category. And it was the final the Czech fans were hoping for. David Klammert reached the final in a good style but also the route of Li Kochman of Israel to the final was impressive. “The atmosphere before and during the final was incredible”, Kochman said. “I defeated Klammert this year in the final in Italy but he and the crowd expected a different result here.” Klammert was indeed a bit more active in the opening seconds of the fight and Kochman was penalized for passivity. But immediately after the warning Kochman attacked with harai-goshi and scored waza-ari. “I lost my concentration for a moment”, Klammert said, ”and he surprised me with that powerful attack”. Nevertheless Klammert did not give up and threw Kochman with utsuri-goshi to level the contest. “I thought that it would be ippon”, Kochman said. “But in the very last moment I managed to turn a little bit so he received waza-ari only.” But a couple of seconds after that Kochman disappointed the home crowd with a text book style o-soto-otoshi and threw Klammert for ippon. “At that moment I felt that I did not have enough power to defend his attack”, Klammer said. “It was a very tough contest and I am happy that I won. It would be nice if I meet Klammert in the final in Bucharest ”, Kochman concluded. “Hopefully the result would be opposite”, concluded Klammert with a big smile.

The competition is followed with an EJU training camp starting tomorrow. It is expected that some 250 athletes will take part in the training camp.