Brazil showing off at Olympic test event in London 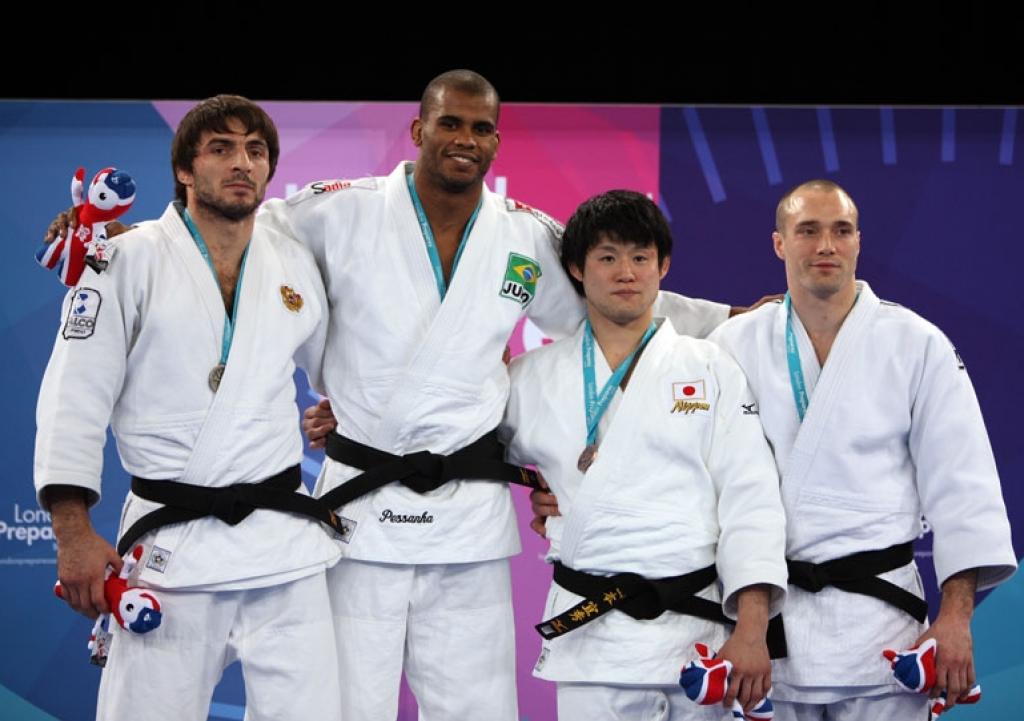 Brazil won three out of four gold medals at the London Prepares test event for the Olympic Games. The Brazilian team brought a strong team at the four categories which were tested. On Sunday day 5 of the Olympic Games were replicated, a good feeling for Brazil taking both gold medals.

In the women’s U70kg Maria Portela was the strongest among 19 participants. Portela was favourite in advance. She is currently the number 20 of the IJF World Ranking, but 16th at a cleaned world ranking. The first 14 of different nations qualify directly. Portela however is likely to qualify via the Union quota of the Pan American Judo Union.
In the final the Brazilian defeated British Sally Conway, the highest seeded British opponent (ranked 27) by ippon. Portela was finally able to win an international tournament as she finished with silver four times at World Cups. This year she won silver at the World Cup in Oberwart (February), Tashkent and Almaty (September)
Portela won five matches, three of them were British opponents.
Clarisse Habricot from France won a bronze medal against Laura Vargas-Koch (GER).

In the men’s U90kg Brazilian Hugo Pessanha won the title. In the final he defeated Russian Kamil Magomedov.

This year Magomedov also lost the final of the World Cup in Budapest and won the World Cup in Suwon (KOR) exactly one year ago.
25-year old Pessanha is ranked 8th but faces competition of Tiago Camilo, currently the world’s number four, who beat Pessanha several times.

IJF President Marius Vizer does not forget to remind that the 10,000 spectators capacity that will be offered during the Games, would certainly have reached 25 to 30,000 people, according to the excitement generated by judo in Europe. “With more consultation, we probably would have been able to optimize the number of spectators. Today, we are not entirely sure that the audience will be the one we are used to during all our events and we do not know exactly who will be in the tribunes. Reaching new spectators is important and necessary, but today the demand is such that we are probably below what we could have proposed.”
About 10 million tickets were sold for the London Games and the ratio of locals / foreign visitors is around 75/25%. President Vizer says it would be interesting in the future to reverse this ratio: “A simple calculation reveals that 75% of foreign visitors spending an average of US$1500, over the duration of the Games, with a total of 10 million tickets sold, would generate US$11,25 billion of revenue. It would be a determining factor for the promotion of the Olympic Games throughout the world, a development tool for the culture and the values of the host country and a significant boost to the economy.”