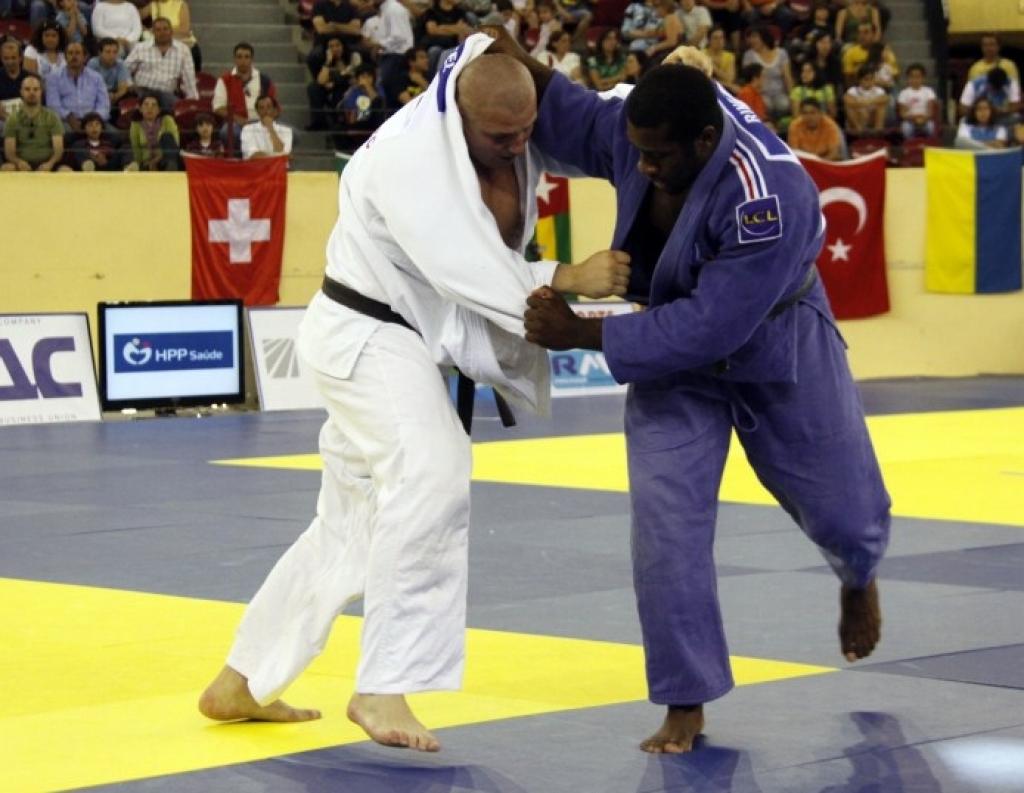 The second day of the men’s World Cup in Lisbon has been a great symbol for the Lisbon people, as they celebrate the city’s patron saint, St. Anthony. The city is celebrating this milestone and judo in one day.

At the Campo Pequeno, the 2nd day was dominated by Brazilian judo athletes, who won three medals.
The enthusiastic crowd of approx. 4,000 people enjoyed the Brazilian gold for 35-year old Flavio Canto, the expert in ne-waza who’s in a good form in 2010 wining the Pan American Championship, the bronze at the Grand Slam of Rio and bronze last week in Madrid. Today he won the category U81kg and his third World Cup. He won two World Cups previously in 2006.

The Olympic bronze medalist in Athens is back on track and defeated American Travis Stevens for the gold. In the semi final Canto defeated Takahiro Nakai (JPN) who took the gold last week in Madrid, without facing Canto.

In Lisbon where the temperature raised to a pleasant 24 degrees and even more when Joao Neto, Portugal’s hope for today fought his matches.
The public reserved many expectations for the performance of Neto, U81kg, but a difficult hansokumake decision given on Neto´s kataguruma attack, in his second match, eliminated the Portuguese athlete.

France won two gold medals today. In the category U81kg it was Romain Buffet who won his first ever World Cup. Last year he won two bronze medals, but today the French Champion was able to defeat Ludovic Gobert (FRA) in the final who had beaten 2007 World Champion Tiago Camilo (BRA) in the semi final. Later he won the bronze and shared the position with 34-year old Valentyn Grekov (UKR). The triple European Champion Grekov won his 13th world cup medal, 13 years after his first in 1997.
Of all 672 medals won in 2010, Flavio Canto was the oldest medallist, followed by Valentin Grekov, both today in Lisbon.

In total the event attracted 8,000 people over the weekend and today the crown came to see at least one judo star; Teddy Riner.
The Frenchman won the category over 100kg beating Grzegorz Eitel from Poland who won his sixth World Cup medal, but lost his fourth. But losing to Riner is not a shame. The triple world champion won all four matches by ippon.

Besides the competition, the spectators who went to the Campo Pequeno could watch matches of the World Cup in Africa on a giant screen mounted outside the arena. The people could watch and participate in aerobics, badminton and basketball games, and they might play on the climbing wall and inflatable in the fun zone.

The risky decision to make the competition in such innovative space as the Campo Pequeno arena was praised by all athletes and officials.