Brazilians take the lead in Madrid 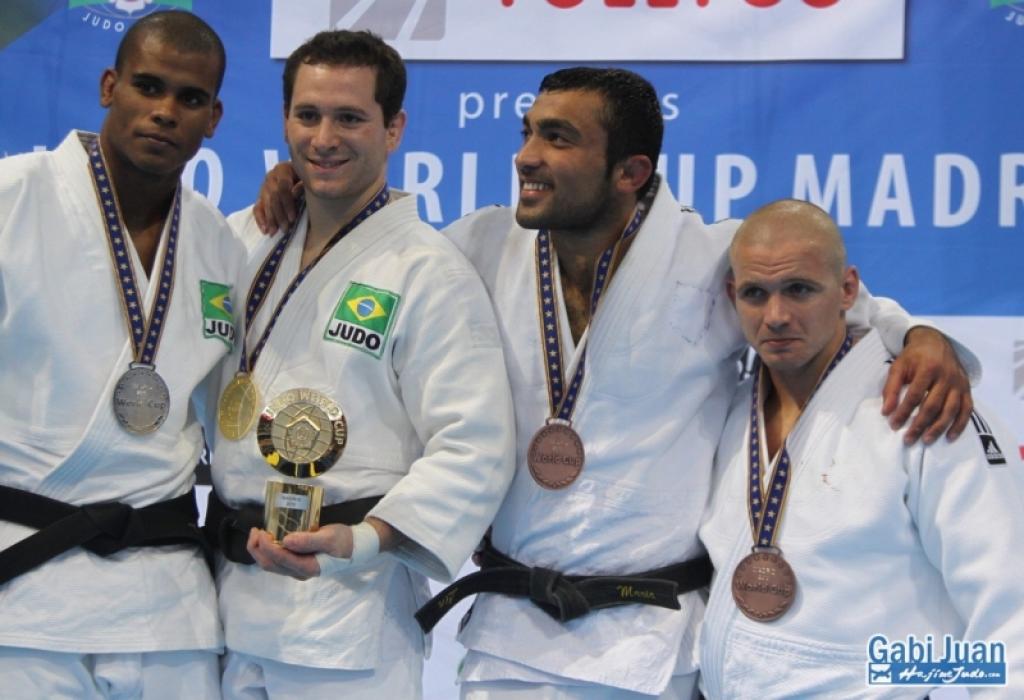 In Madrid the men’s World Cup took place this weekend. In the category U90kg Brazil was dominant sharing gold and silver. Outside Brazil this had never happened in 284 medals Brazil won at World Cups since the start in 1989. Only in Brazil at World Cup in Belo Horizonte in 2008 Brazilian women U70 collected all medals in one category, as well as in 2009 in Belo Horizonte where the Brazilian men U60 took all medals. But abroad it never happened.

Georgian Irakli Tsirekidze took the title U100kg. The man who already decided to retire last year, made his comeback after a short break in the beginning of this year. He wouldn’t regret his comeback and won bronze at the Grand Slam Tournoi de Paris and now won the gold in Madrid.
In the final he defeated Jevgenijs Borodavko (LAT).

Brazilian Rafael Silva who won the South American Games in both plus class as open, is not well known in Europe. But after this victory in Madrid today he’s on the map of every heavyweight fighter. Silva won the final by beating Janusz Wojnarowicz who is in a good form. He recently won bronze at the European Championships and reached the last five in Tunis, Rio and Sao Paulo.
His backnumber could be five as in the last nine world cups he finished fifth 8 times, and one time 7th. So you can imagine how satisfied 30-year old Wojnarowicz was with a medal today. It would however be better winning the gold, it could have been the third World Cup ever. In 2002 he won twice in Prague and Minsk. Today was his fourth lost final, but Wojnarowicz wasn’t able to get through the defense of Silva who led from the start. But in the last seconds of the match he tried a last attempt only scoring a yuko.

Silva completed the success for Brazil as the South Americans finished first in the medal tally, beating Japan based on their two other medals in Madrid.

..you can find all pictures in our media gallery.
https://www.eju.net/media