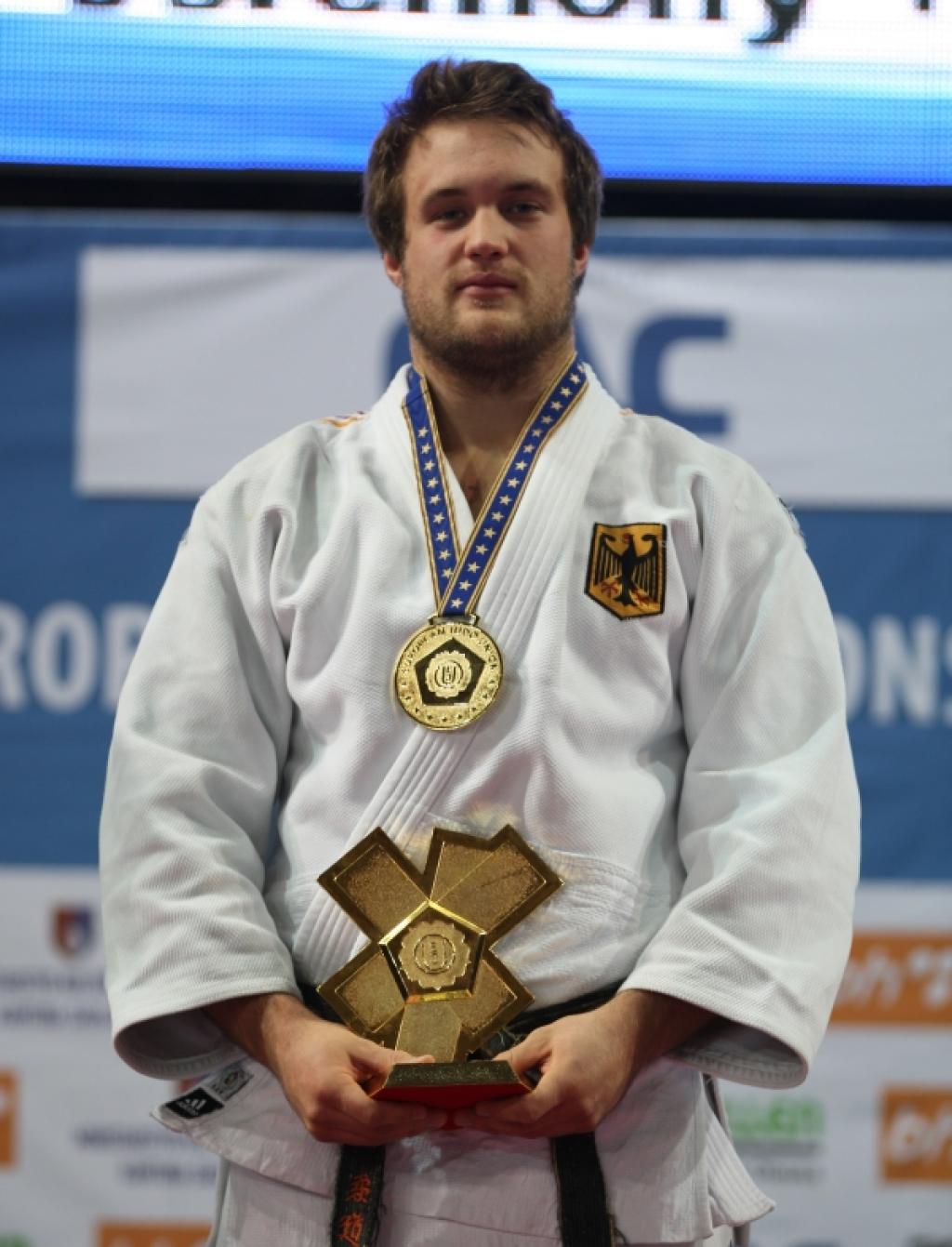 The final of the men’s heavyweight class was the ultimate German victory. Never give them a chance to fight back. Andre Breitbarth showcased the strength of German’s U23 generation when he came back from behind after Juhan Mettis led by waza-ari. The Estonian powerhouse was surprised by a great attack of Breitbarth after almost two minutes in the match. It was a complete success for Germany who won all four finals today and forced the German anthem for a fourth tine this afternoon.
Germany repeated the stunt of 2005 when they won four gold medals, but who had expected that after not winning any earlier this tournament.
20-Year old Breitbarth was bronze medalist at the 2009 World Junior Championships but this year he didn’t impress so far, until today. The right timing also in the match when he left Mettis with empty hands. He lost a European final for a second time. Last year he lost the U20 European final in Yerevan.
A fantastic performance by coach Daniel Gürschner as well, self European U20 champion in 1993 and European senior Champion in 1998.

Renat Saidov (RUS) needed 75 seconds to beat Mykola Kartoshin (UKR) for bronze. 22-year old Saidov won the senior World Cup in Almaty and was a member of the successteam of Yewara Newa who won the European Championships for Clubs two weeks ago. Young Kartoshin couldn’t have been the greatest block for Saidov’s bronze.
Napoli cheered for Domenico di Guida who won his second European bronze medal this year. In Samokov at the European U20 Championships he prolonged his bronze of 2009. Di Guida defeated Tomasz Talach of Poland.

The plus class was the last division of this Championship where Germany finished first with today’s four medals and two silver. Russia and Hungary both celebrated two European Champions.