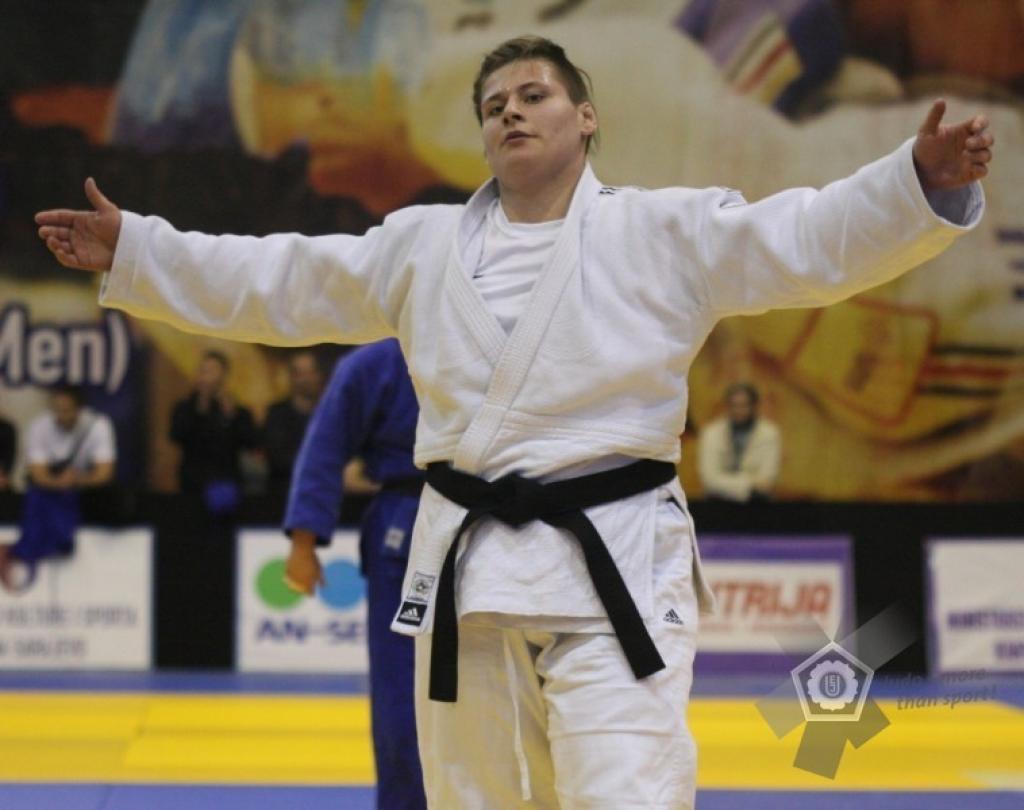 Good results this weekend by the British talents at the European Cup for seniors in Sarajevo. The Brits took 10 medals and total and topped the medal table with three gold medals. On Saturday the gold for Nekoda Davis was a welcome breakthrough U57kg, even in a British final against Sophie Cox. On Sunday Caroline Kinnane U78kg and Philip Alcaraz gave the British team some confidence towards the European Championships by the end of April in Budapest. The talents are picking up the opportunity.

Also the Russian team was satisfied with three gold medals this weekend in Bosnia-Herzegovina. Maxim Kuznetsov won gold U66kg and Maxim Buga (U81kg) and Andrey Volkov added another two, all in the men’s division. Buga won U81kg in a field of 33 participants, the best seeded category among 243 judoka in total from 20 nations.

Maybe the best fighter of the weekend could be seen U73kg where Rok Draksic was superior and didn’t concede any point. He won his final against Leo Fogel (RUS).

The Slovenians won another two gold medals in the women’s division where Tina Trstenjak won the U63kg category. A standard victory for the Slovenian women who are so strong in this weight. The opposition though came this time from neighbor Croatia. Vesna Beljic reached the final and Maja Blagojevic won a bronze medal.

In the women’s heavyweight category Lucija Polavder is always a favourite, but in Bosnia she could face heavy competition of Larisa Ceric (in the picture). She is already the best ever female fighter for Bosnia and coached by the likes of the President, she received the cheers of the home crowd when she was able to beat Polavder in the heavyweight final.

The 22-year old Valentin Rota of Switzerland was a surprising winner U60kg on Saturday when he defeated European Junior Champion Adrien Quertinmont (BEL) in the final.

Despite two silver medals in the women Croatia was victorious in the men’s U90kg category. Zlatko Kumric was a surprising winner. In the final he defeated Nikola Milosevic (SRB) and grabbed the gold medal despite his young age of just 19. Kumric won the Croatian title last week and must have been inspired and improved last year’s seventh place to gold this edition.

Philip Alcaraz won the title U100kg won his first European Cup in his career. Last year he was superior in this category in the junior class winning three events, but at senior level he hadn’t tasted the sweet of joy outside Britain. His British title in January this year gives him the confidence to be the first choice for the European Championships in Budapest. This title should give him another boost in his career to make it to the next level. Maybe not the European Championships, but success at the future European Open’s and more European Cups.

Review the European Cup in Sarajevo with great action pictures and all winners on stage.