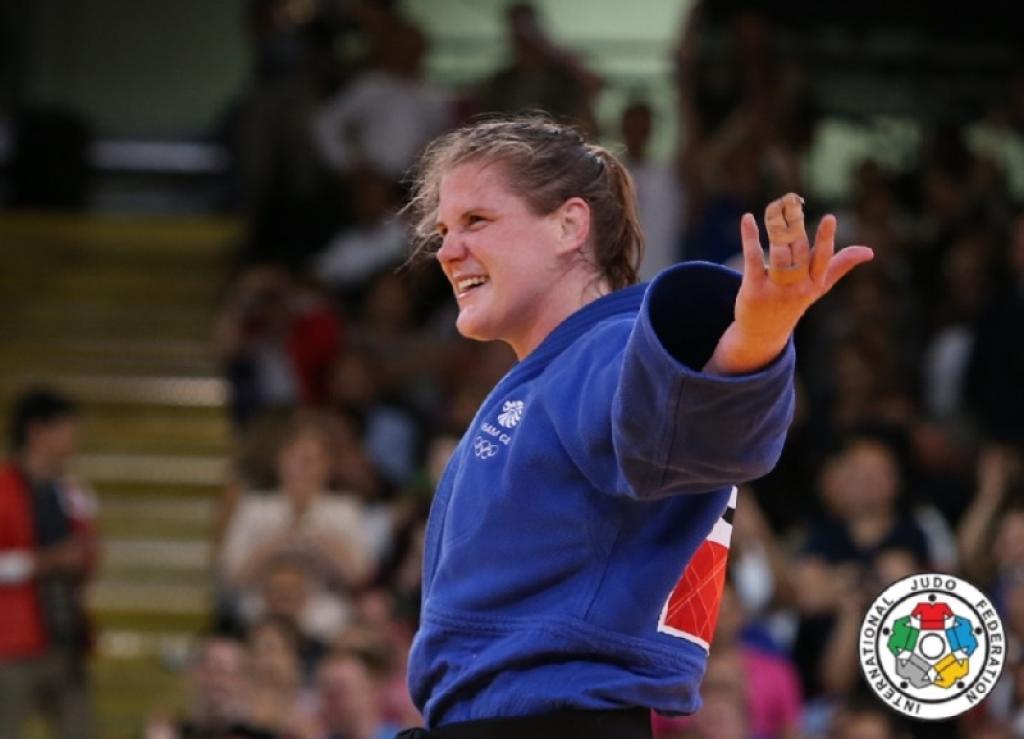 Olympic bronze medallist and Great Britain’s most decorated international judoka Karina Bryant has announced her retirement from the sport, a year to the day after her medal winning performance at London 2012 in what has transpired to be the final competitive contest of her career.

Bryant, 34 from Camberley, has no less than 15 individual senior medals from World and European Championships, with a further six at junior level, and has battled with injuries over recent years, not competing since having surgery shortly after the games.

The four-time European Champion cites this as the main reason for her retirement, a decision she found very difficult to make.

“It’s been a tough decision but I spent the 18 months prior to London suffering with injury and picked up another at the Games. After having surgery twice post London, I tried to get back into full training but aggravated an old injury and I feel my body is telling me this is the right time to retire.”

She also added a further three European titles in Wroclaw 2000, Dusseldorf 2003 and Rotterdam 2005 along with one silver and three bronze medals.

By 2012, representing Great Britain in a fourth successive Olympic Games, an Olympic medal was all that was missing from Bryant’s record. She progressed through to the semi-final, defeating 2008 bronze medallist Lucija Polvader along the way but lost out to Mika Sugimoto of Japan in the semi-final. She faced Iryna Kindzerska in the bronze medal contest and came back from waza-ari down to score two waza-ari of her own for an ippon victory and the bronze medal.

Looking back on her career, Bryant said: “There have been so many career highs and a lot of lows. Every single title and medal meant so much to me, but having the opportunity to compete in London at a home Olympics meant so much and to perform and win a bronze medal was the icing on the cake.”

“I’d like to take this opportunity to thank everybody who has supported me in my career, in particular I want to thank Luke (Preston) for all his hard work and dedication as I feel I wouldn’t have achieved my World, European and Olympic medal in the last Olympic cycle without him.

“I want to thank my Camberley Judo Club family for being so supportive – I have been a member there for 21 years.

“I also want to thank my family and my close friends for being so understanding and supportive – it’s not easy having a daughter or friend that you never see but I’ve always had their support.”

Talking of her plans following her retirement, she added: “I’m going to spend some time with my family and am already making a bit of a switch to business, working with one of my personal sponsors Usana. I want time to reflect on things before deciding on my next step.”

Commenting on her retirement, her coach Luke Preston said: “I feel very proud to have coached Karina over the last five years and especially proud to have shared her special day in London last summer.

“Coaching her to the Olympic medal is definitely the highlight of my coaching career so far as I know all the sacrifices she made just to get there.

“Her work ethic and dedication to her sport are an inspiration to everyone at Camberley and British Judo. We all wish her all the best in her future career.”

“I’d like to congratulate Karina Bryant on behalf of all of British Judo for her long and distinguished career in which she’s amassed an unparalleled haul of World and European medals.

“To achieve the Olympic bronze in her last competitive contest was a fitting finale to her glittering career and we wish her all the best for her plans for the future.”