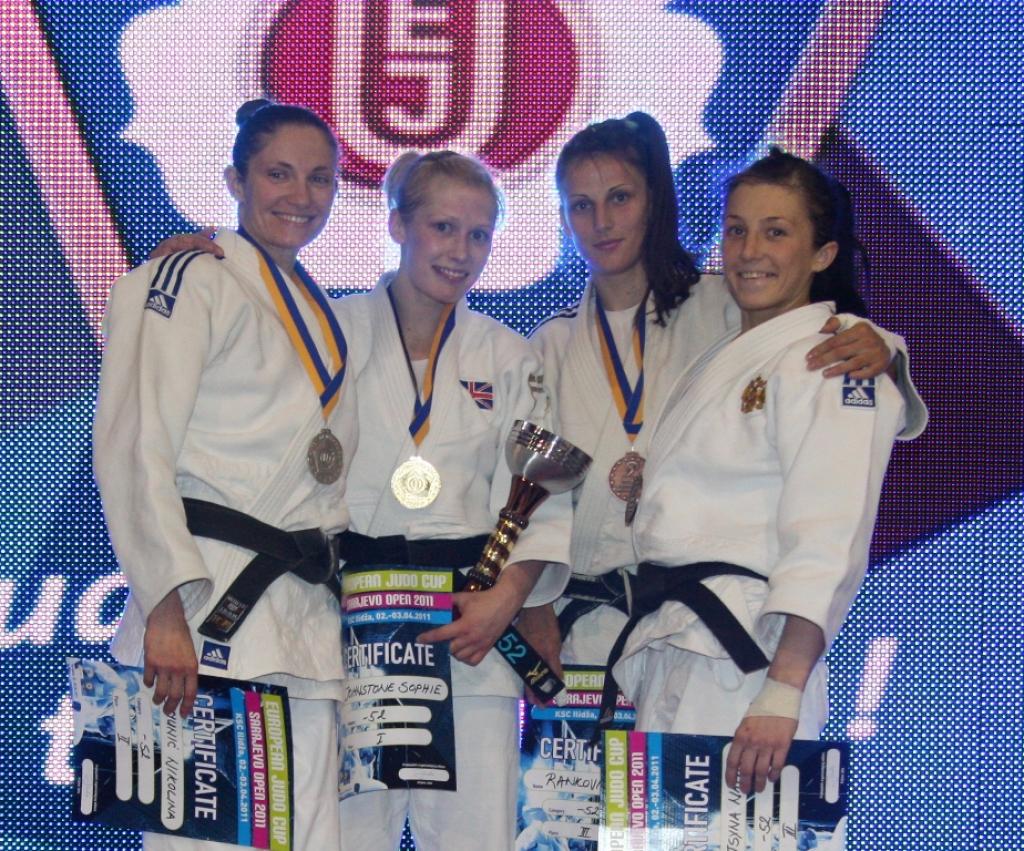 The British team has done some good business at the European Cup in Sarajevo this weekend. In total the Brits collected four titles and have warmed up for the European Champion starting the 21st of April Istanbul.
Today Sophie Johnstone U52kg and Sarah Clark U63kg both won the European Cup. Both judoka also won the Swiss Open three weeks ago in Geneva.

In the women’s U57kg it was German Marlen Hein who warmed up successfully for the Europeans. She defeated Loredana Ohai (ROU) in the final, British Sophie Cox took the bronze.

In the men’s under 60kg the first place was for the youngest gold medalist at this tournament. 18-year old Croatian Bernard Azinović from Zagreb was big a surprise in this category. In the final he defeated Matjaz Trbovc (SLO) who is selected for the European Championships, Azinović will not compete in Istanbul.
Azinović (CRO) is in Croatia the biggest hope after Tomislav Marijanović.

In the U66 category an excellent performance by Andraž Jereb from Slovenia led to a gold medal. But despite the attractive judo it was Georg Reiter who won the gold in the final against Jereb.

The U73kg category was definitely on of the strongest categories. The home crowd expected gold by Mitar Mrdić (BIH) but Daniel Williams was able to beat him ‘at home’. A good victory for Williams who showed good judo today.