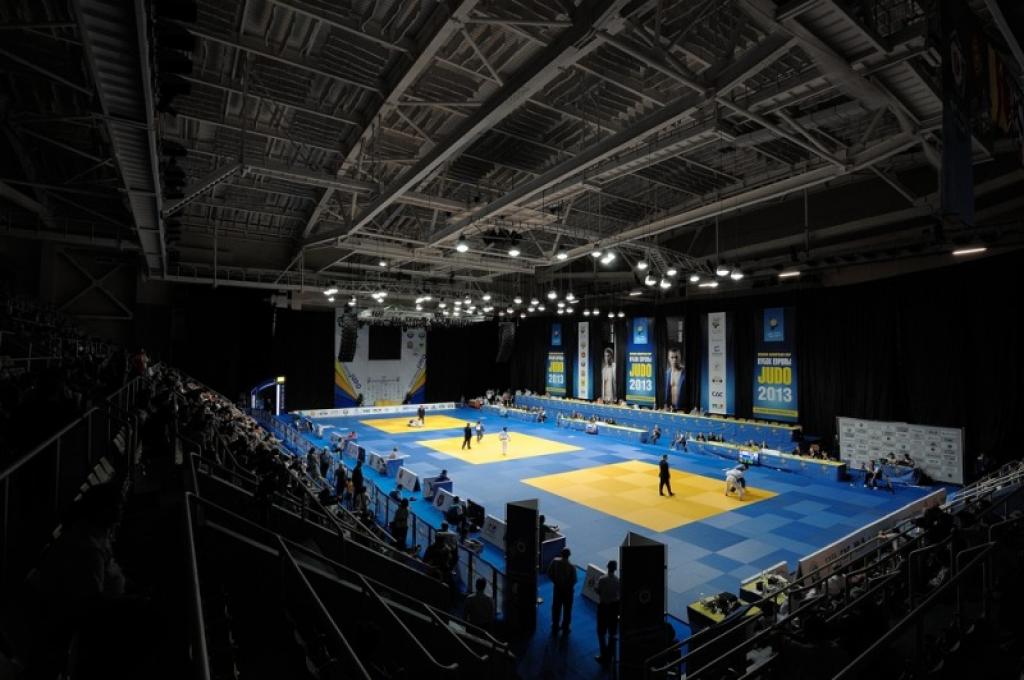 In the -81kg final Khasan Khalmurzaev faced Spanish Champion and winner of Madrid World Cup-2012 Andrian Nacimiento Lorenzo. In the tough fight it was Adrian Nacimento who led a yuko by doing seoi-nage with 1 minute left. Khasan Khalmurzaev equalised by his favourite throw – ouchi gari after 15 seconds. The Spanish judoka received two shido against one and the final for 30 seconds he furiously attacked trying to score. Nevertheless the Khalmurzaev managed to keep his advantage.

His brother Khusen was inspired by this victory and he attacked during the whole final in -90kg. Khalmurzaev’s opponent received four shidos and got hansoku-make.

The experienced Alena Prokopenko (RUS) reached the 1st place in the -70kg category and her teammate Tatyana Timonina (RUS) was the strongest in -78kg.

Scenario of -81kg final repeated for Magomedov Shamil (RUS) in -100kg. He was losing one yuko to Vladyslav Dibrova (UKR) but he found the forces to equalize and win due less shidos.

The last final of the Cup in +100kg was between Austrian champion, Daniel Allerstorfer, and Russian U23 champion, Stepan Sarkisyan. And again spectators watched a great comeback from the Austrian who managed to equalise the score and win. Last week the Austrian judoka lost the final in London, but this time he celebrated the gold medal.