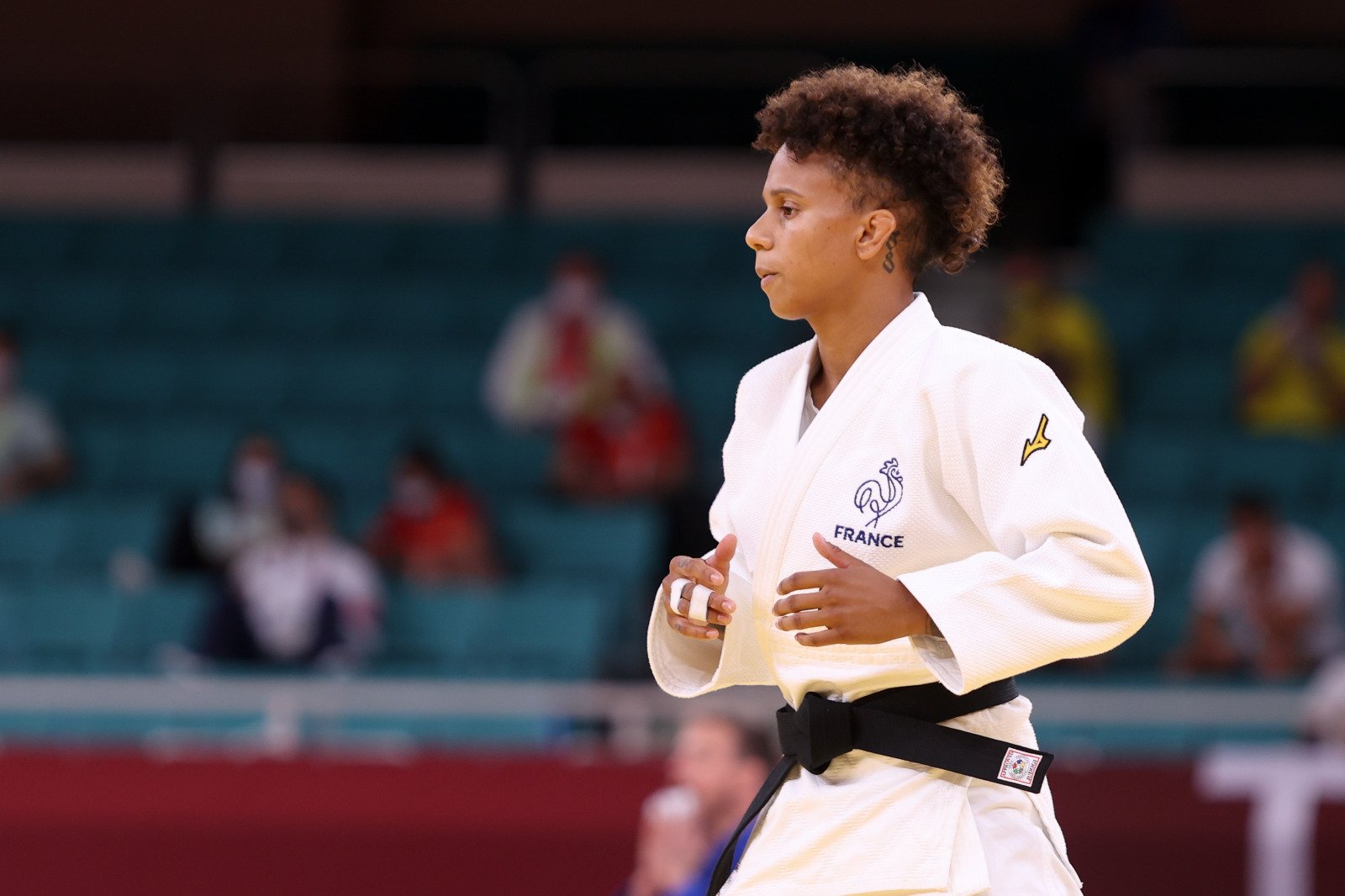 We might not be able to claim a new Olympic champion for Europe, but the two silver medallists had an astounding day, #1 seed Amandine BUCHARD (FRA) and #3 seed Vazha MARGVELASHVILI (GEO) carried their countries and the continent to glory on day two.

For the -52kg Buchard, her preliminary rounds were pretty straight forward, her experience and level appeared unmatched. This was especially the case in her semi-final against Swiss up and comer Fabienne KOCHER. Kocher has exceeded all expectations in the past year as she has climbed the ladder of success, most recently taking a bronze medal in the 2021 world championships. Today however she was caught off guard and the Frenchwoman made light work of the contest which lasted only six seconds.

The final of course was a different story entirely. Here she met ABE Uta (JPN). Meeting each other on six previous occasions, the pair know one another extremely well. Though Abe had the winning ratio, Buchard has beaten her in the past in the Osaka Grand Slam final, so that Olympic title was fair game.

Over eight minutes of contest ran by before Abe took advantage of Buchard’s attack and secured a hold in ne waza. Though it was disappointing for the French, she celebrated her opponent with grace and accepted defeat like a judoka. To take an Olympic medal is one thing, to take it in the Nippon Budokan, the home of judo, is another. The French success continues.

I was feeling great all day long, doing the right things at the right time. In the final I felt she was a little bit scared, I felt it just like that. I made one mistake but it cost me the gold. But I’m proud of my silver and I guarantee you it won’t be the last final between the two of us.

In the men’s -66kg category, the man of the day for Europe was Margvelashvili. The world ranked #3 was dealt a devastating draw, with Yakub SHMAILOV (ROC) his first contest. At this level it is expected they know their opponents quite well and this was no different, a single waza ari score was the difference.

The quarter-final was a dynamic match up with Baruch SHMAILOV (ISR), going at such a rate in an open contest that it seemed that either could score. It was, however, Margvelashvili that ended the contest in just under three minutes to move in to the semi-final against 2016 Olympic silver medallist, AN Baul (KOR).

The Georgian’s only golden score of the day was against An, the pair so evenly matched that it was through sheer exhaustion, An attempted to counter an attack from Margvelashvili but he was simply too tired to execute and the Georgian guided his opponent down to score waza ari. A place in the final was well deserved.

Following the success of his sister, ABE Hifumi (JPN) was under pressure to perform and match her Olympic title on the second day and did so with a well timed waza ari score against Margvelashvili that he just could get back. Again it was a gracious defeat and the celebrations still continued with the Georgian delegation in the stands, tremendously proud of their countryman’s achievement.

Abe is a great champion and deserves his gold. I tried to go step by step all day long and succeeded with this plan until the final. There, there was something missing.