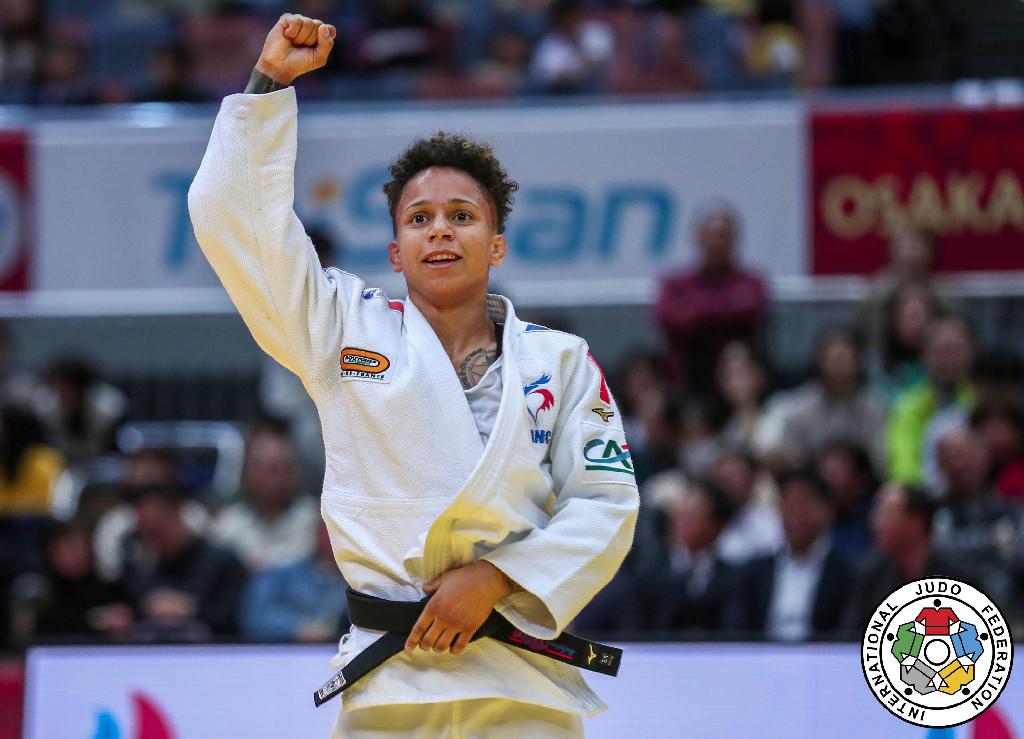 The opening day of the Osaka Grand Slam promised a wealth of action as well as the daunting prospect of a clean sweep of gold medals by host nation Japan. In the end, only the first of these possibilities was realised as Amandine BUCHARD (FRA) took responsibility for ending the expectations of the hosts for the latter. The French lightweight stunned the home fans when in golden score she threw for waza ari the odds-on favourite and current world champion ABE Uta (JPN) ending the planned post-match announcement of Abe’s selection for the 2020 Tokyo Olympic Games.

With hindsight it may have been less stressful and less of a distraction for Abe had she been allowed to focus solely on the business at hand. However, the press and media attention was even more intense than usual and must surely have added to the uncharacteristically nervous approach adopted by Abe in the final. Buchard in contrast appeared focused, comfortable and untroubled by an opponent to whom she had lost on each of their four previous encounters. This time Buchard fought with poise, focus and control as she caught Abe with a low, rolling tsuri komi goshi.

When asked about the final Buchard said, “I felt really good about this match-up. Of course I knew that my record was poor against Abe and that although I am world number one she is the world champion. I sensed that Abe was nervous and was not nearly as confident as she had been previously. I just did what I felt was best to avoid her strong techniques and waited for my opportunity to come up with a score.”

With regard to her preparations for the event Buchard said, “I knew that I could still use a little extra strength and I worked hard in the gym on putting on a bit of extra muscle. I felt very strong and my fitness level was very good. But I also knew that Abe was under a lot of pressure to perform and that made me more comfortable knowing that the pressure was more on her and not on me.”