BUDAPEST BY THE NUMBERS 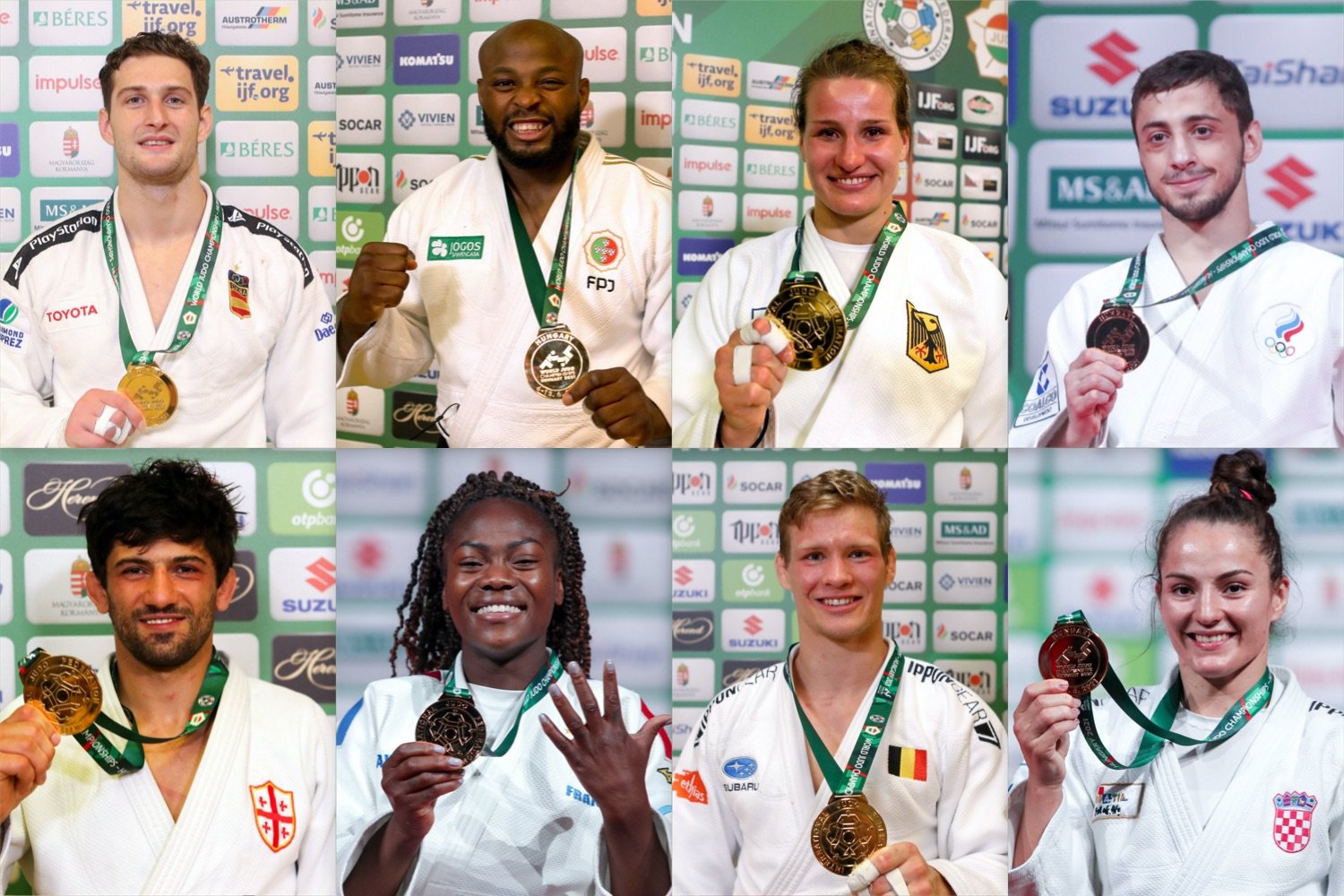 Every world championships generates special memories, moments of breathtaking excitement and entertainment that mark the event as unique. But for those who are stimulated by facts and figures, the statistics thrown up by the more than 660 competitors taking part in Budapest will no doubt be sufficient to keep any number cruncher busy for quite some time.

Croatia managed to take its first ever at a senior world championships and it was a gold medal. Barbara MATIC (CRO), the 2013 and 2014 junior world champion fulfilled that earlier promise when in the final of the -70kg category she defeated 2021 World Masters champion ONO Yoko (JPN). There was also a first ever male world title for Belgium when Matthias CASSE (BEL) defeated Tato GRIGALASHVILI (GEO) to take the -81kg category title. The European medal haul also included personal (as opposed to national) firsts for -60kg category newcomer Yago ABULADZE representing the Russian Judo Federation who was competing in his first senior world championships. Anna Maria WAGNER (GER) took the gold medal in the -78kg from reigning world champion Madeleine MALONGA (FRA) whilst Lasha SHAVDATUASHVILI (GEO) took his first world title at -73kg having won Olympic gold in London in 2012 at -66kgs. There was return to winning ways for Nikoloz SHERAZADISHVILI (ESP) when he took his second world title in the -90kg category whilst Jorge FONSECA (POR) confounded several critics to retain his title in the -100kg category. But arguably the most impressive was the fifth gold medal won by the irrepressible Clarisse AGBEGNENOU (FRA). Together this added up to a whopping eight gold medals for European athletes.

To go with their gold medal haul, European athletes accounted for eight silver medals and 22 bronze medals, 38 medals in total. This was an increase on the total of 31 collected in Tokyo although the number of gold medals remained the same at eight. EJU nations accounted for 17 spots on the medal table, four more than in Tokyo in 2019. Of the 27 national federations who appeared on the medal table 21 were from Europe which amounts to almost 80%.

EJU President Sergey Soloveychik expressed his congratulations and wishes after the event:

On behalf of the EJU I sincerely congratulate all European national federations who took medals at the World Championships and all athletes who showed a great performance in Budapest. I wish our European federations good luck and all the best in preparation towards the Olympic Games in the remaining month.

I also extend our gratitude to Mr. Marius Vizer and IJF and to Dr. Toth Laszlo and the Hungarian Judo Association for their warm hospitality and professional work in staging these Worlds. It’s been a truly remarkable event that made it into judo history.