BULGARIA WILL HOST THE 2022 EUROPEAN CHAMPIONSHIPS 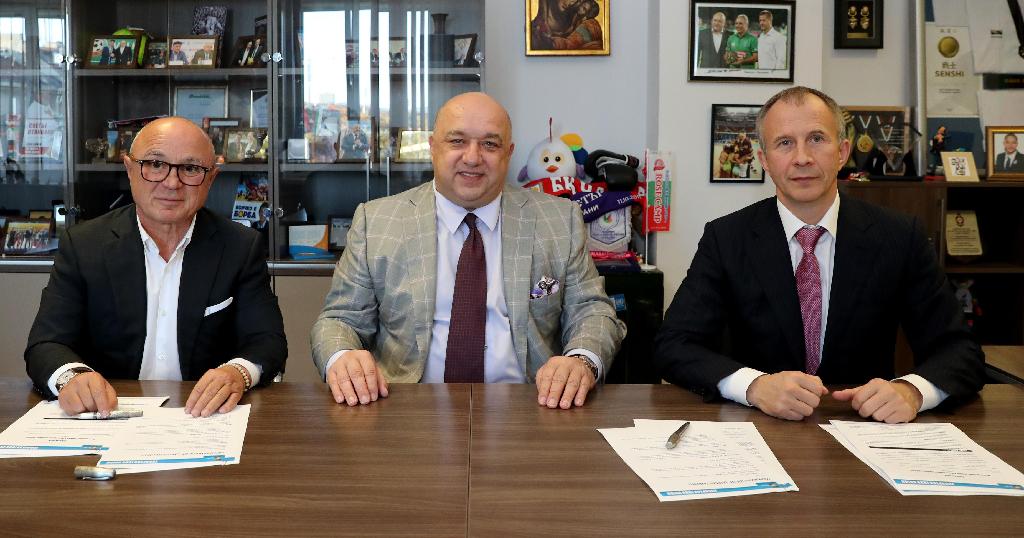 Today, European Judo Union President, Mr Sergey Soloveychik signed the contract with the Bulgarian Judo Federation for the staging of the 2022 European Judo Championships in Sofia. They also signed the Memorandum of Understanding for 2 years.

President of Bulgarian Judo, Mr Roumen Stoilov and Minister of Youth and Sports of Bulgaria, Krassen Kralev were present as Mr Soloveychik announced,

I am particularly happy to announce that the European Championships in 2022 will take place in Sofia. The European Judo Family appreciates the initiative of the Bulgarian Judo Federation and the support given to judo by Bulgarian Government. The EJU & BJF have developed the Agreement targeted at development of our favourite sport in Bulgaria at all levels in the next 2 years. A special focus is given to judo at schools and for families.

Both organisations also signed a Memorandum of Understanding for cooperation in the next three years. Thanks to this partnership visiting professors and lecturers will train Bulgarian coaches at the Vasil Levski National Sports Academy, annual technical officials’ seminars shall be organized as well as cadet training camps with peers from other countries shall be held.

At the meeting Soloveychik and Stoilov have announced the idea to establish School Judo League.

He also met wirh Tanya Mihaylova, Deputy Minister of Education and Science Republic of Bulgaria to further this discussion. The result is that they will support the project and they will start a pilot project Judo School League and Judo for families end of this year.