Cadet talents warming up in Kiev for European Cadet Championships 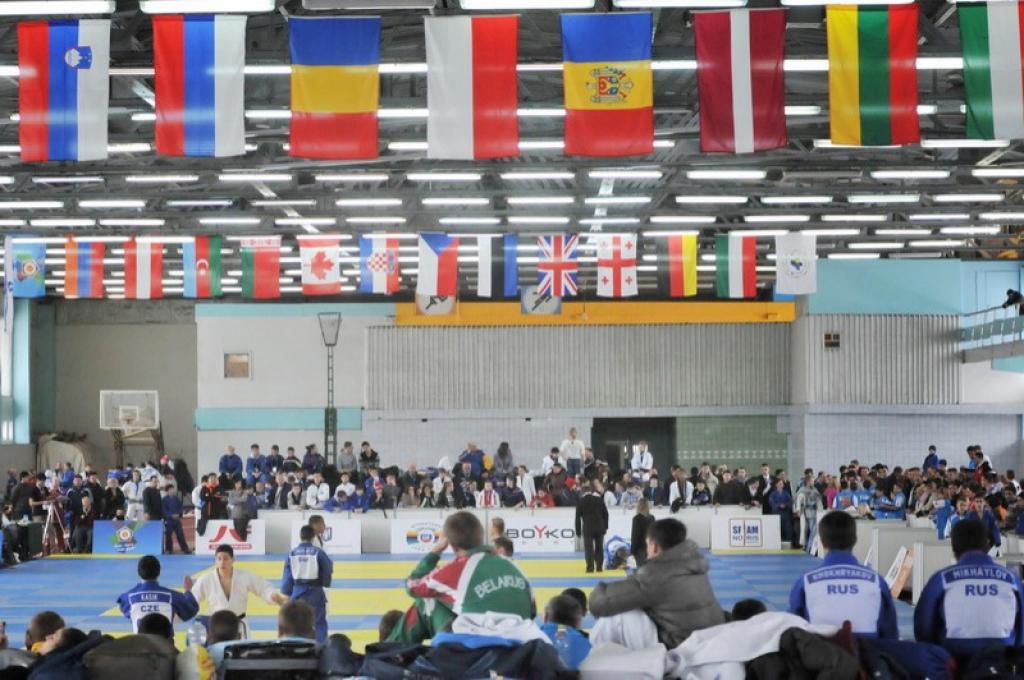 The Ukraine was the best nation at its own Cadet European Cup in Kiev. The youngsters took 6 gold medals. At the second day the dominance wasn’t too big as other nations took the opportunity to shine in the capital of the Ukraine.

The Green Hill European Cup started again with a success for Anja Stangar. Marusa olready took the gold on Saturday, on Sunday it was Anja to take the second gold of the year. In the final the Slovenian was able to defeat Ukrainian Marta Yermolaeva. U63kg it was Hungarian Szabina Gercsak who claimed the only gold medal for her nation. She won her second European Cup of the year after defeating Nadine Grünauer of Germany, but the German’s came back strong U70kg where Giovanna Scoccimarro won gold. Not a typical name for a German fighter but living in Vorsfelde (Wolfsburg) she countered the ambitions of super talent Brigita Matic (CRO) and won the gold. Another second gold for Germany was claimed by Michelle Goschin who defeated home fighter Karyna Stativkina (UKR) in the final +70kg.

In the young men’s division Tamazi Kirakozashvili defeated Serbian talent Nemanja Majdov who won the first European Cup of the year in Zagreb.  But Kirakozashvili improved last year’s bronze and changed it into gold against the former Bosnian fighter and took the gold U73kg.

The tall British fighter John Jayne was the youngest winner of the weekend. The 15-year old fighter started judo at an early age and won international titles since he was 11, but today’s titles tasted like the first serious international victory. Jayne defeated Oleksandr Logvinenko who claimed the title last year U81kg. Now, one category higher Jayne was the better fighter. Jayne grew so fast he didn’t even fight U81kg, he jumped from 73 to 90 which doesn’t seemed to be his ultimate category.

Today’s ultimate category was dominated by the Ukraine with three medals. Fedor Panko was the final winner of the heaviest category +90kg when he defeated Leonid Gasiuk. Panko is the current European Champion.

The EUropean Championships will this year be held in Tallinn in June. Three fighters who won the title in Kiev last year also became European Cadet Champion, stating that winning in Kiev is a good warm-up for the Europeans.

Review the photos and results here: