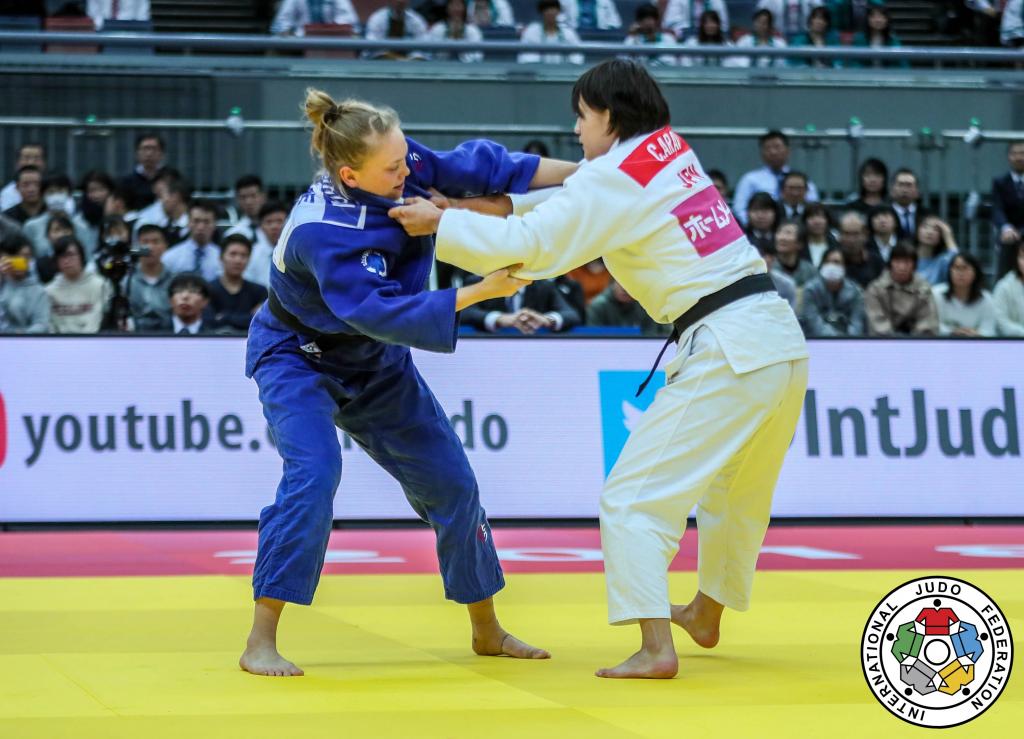 It would have been easy, once the draw for the -70kg category had been made, to “write-off” the chances of Anna BERNHOLM (SWE) getting past round two. After all, the Swede was drawn against TANAKA Shiho (JPN) and, although she had never faced her before, Bernholm’s record of 1-14 against Japanese opposition did not bode well. But today was yet another opportunity for Bernholm to confound her critics and prove (if more proof were needed) that she is not only firmly established in the -70kg but is indeed a force to be reckoned with. After disposing of Tanaka, it was on to the quarter final where Bernholm defeated Maria BERNABEU ESP. Next up was NIIZOE Saki (JPN) to whom Bernholm had lost at the Budapest Grand Prix in August. Here, however, Bernholm proved up to the task and recorded her second win for the day against Japanese opposition. In the final Bernholm faced a third Japanese, this time the double world champion and world number one ARAI Chizuru (JPN). But this proved a hurdle over which Bernholm was unable to leap. Nevertheless, this Grand Slam silver was arguably a tougher task than Bernholm’s gold medal winning performance in Abu Dhabi in 2017, and will likely see Bernholm climb higher up the IJF World Ranking List. The bronze medals were won by Margot PINOT (FRA) and NIIZOE Saki (JPN). 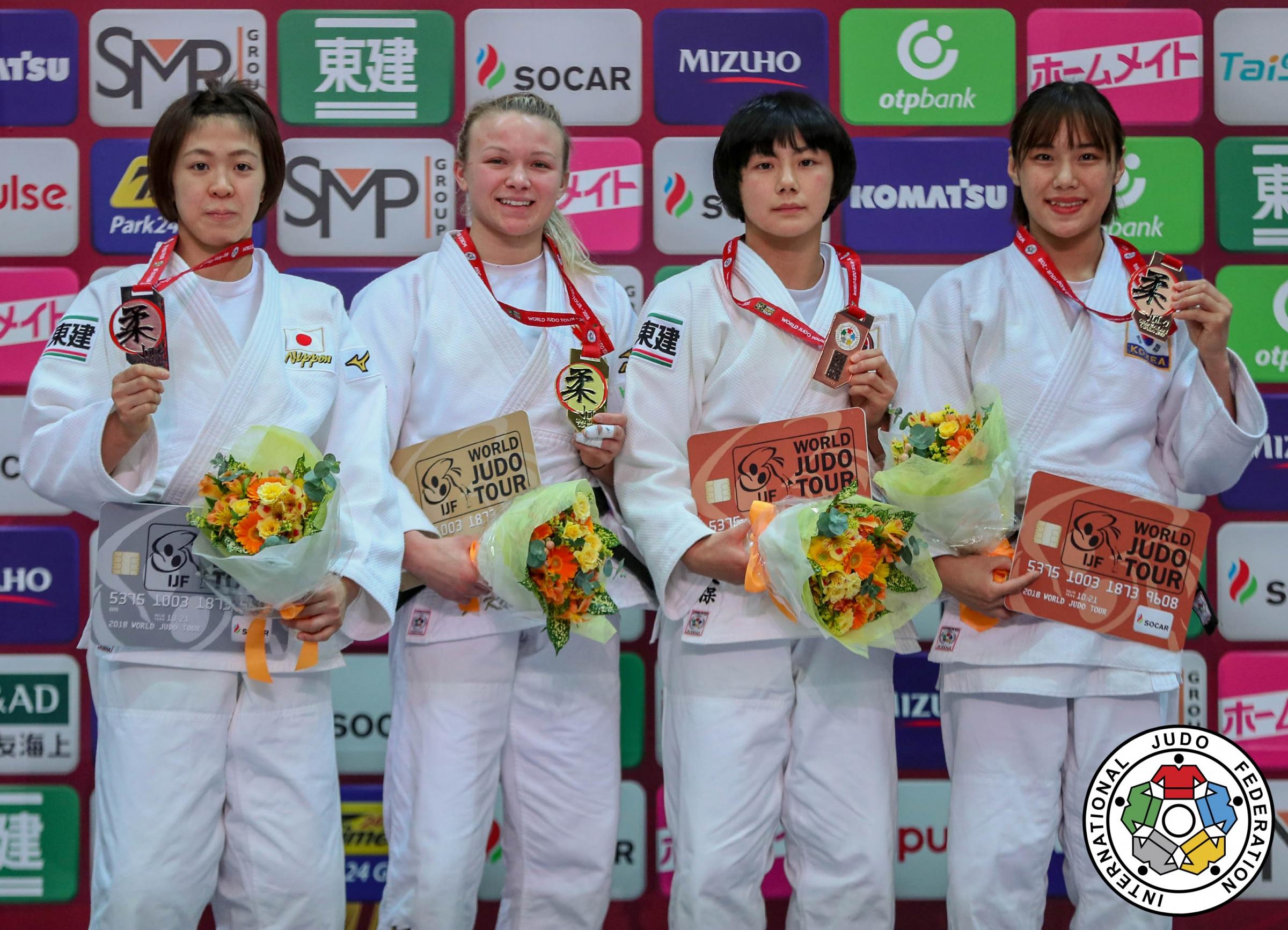 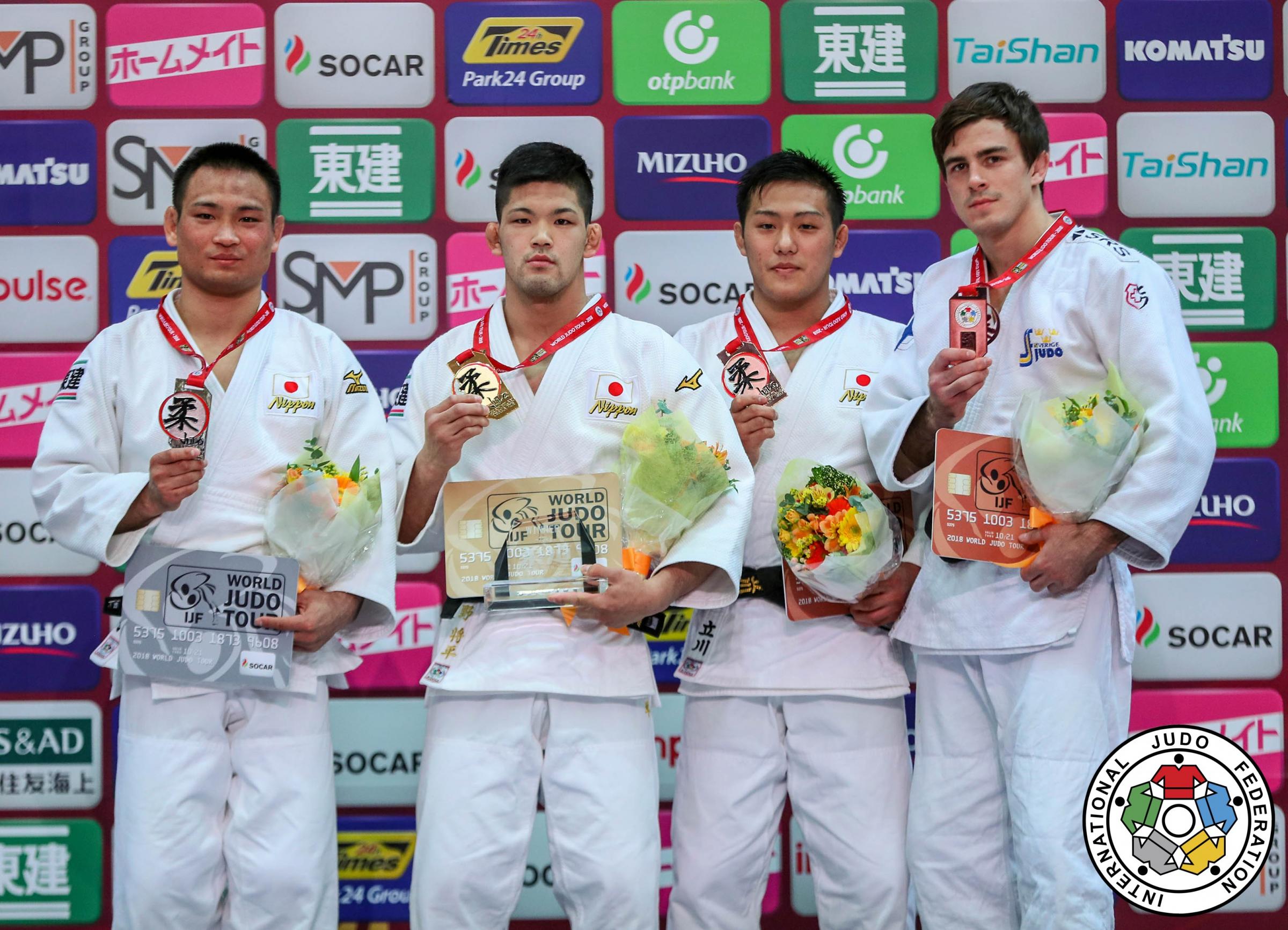 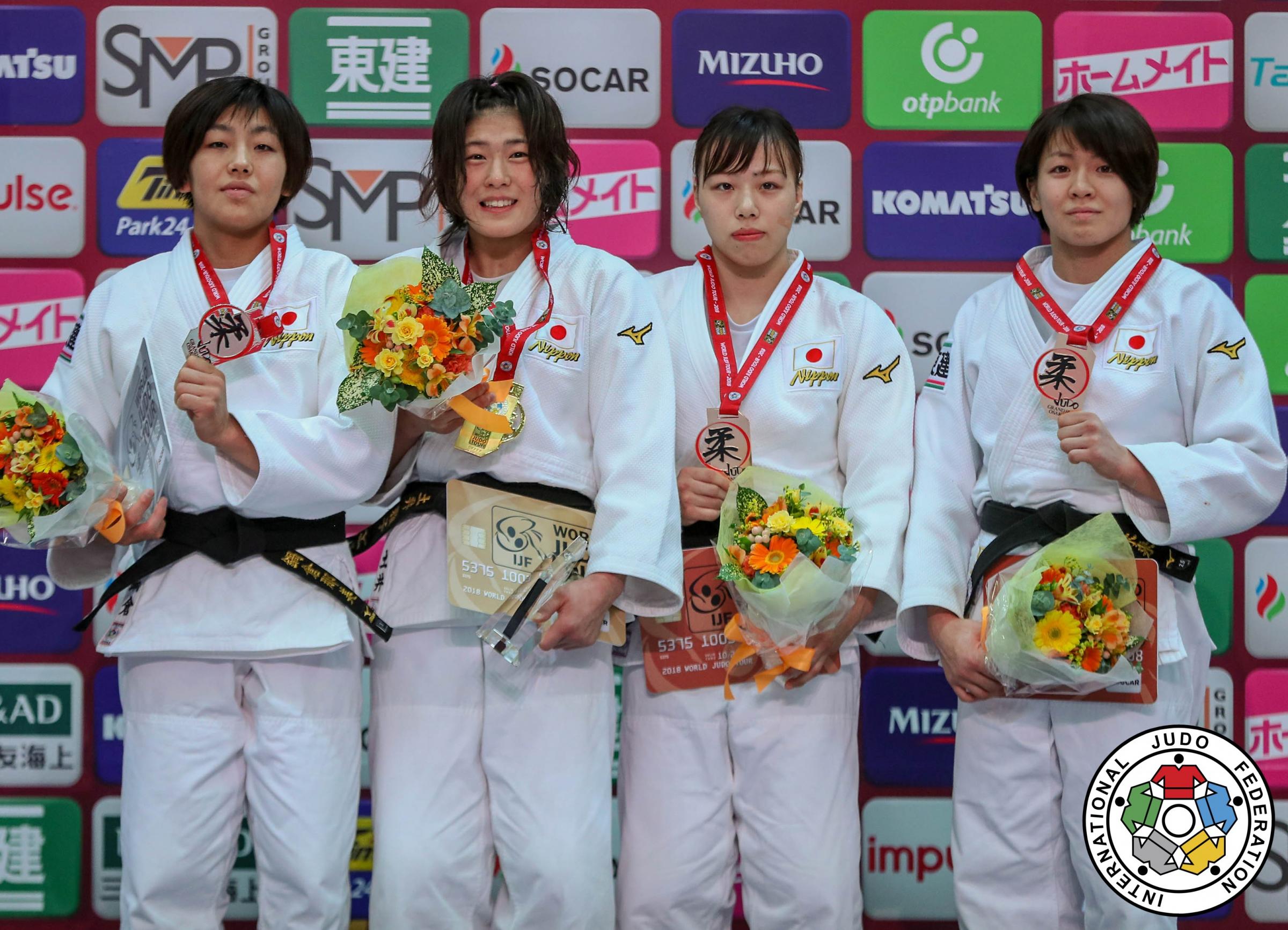 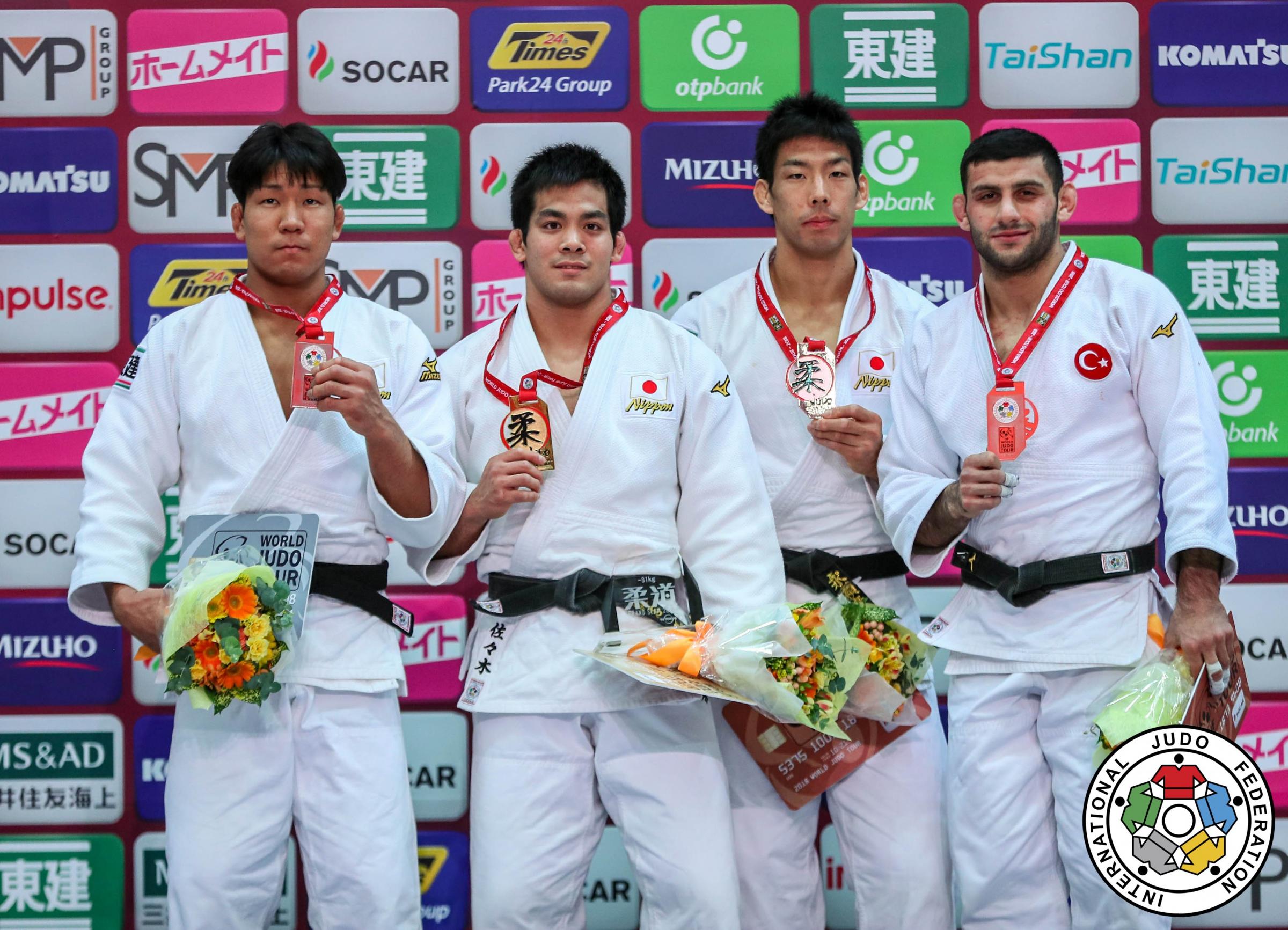 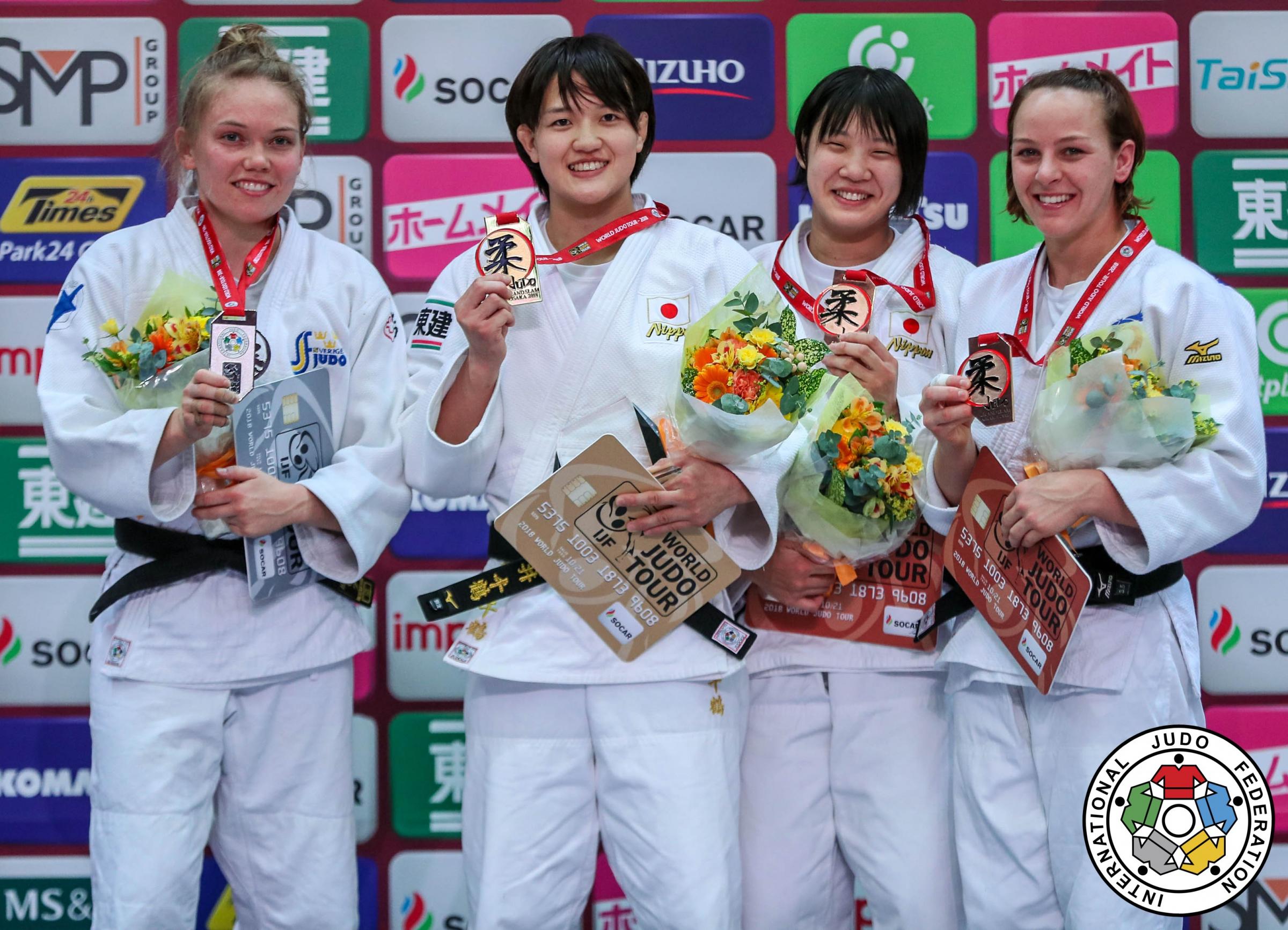 In the -73 kg category the gold medal was won by current Olympic champion ONO Shohei (JPN) when in the final he defeated three times world champion EBINUMA Masashi (JPN). The bronze medals were won by Tommy MACIAS (SWE) and TATSUKAWA Arata (JPN).

In the -81kg category the gold medal was won by SASAKI Takeshi (JPN) when in the final he defeated KOHARA Kenya (JPN). The bronze medals went to Vedat ALBAYRAK (TUR) and NAGASE Takanori (JPN).

There was a stunning and impressive performance in the -57kg category from Jessica KLIMKAIT (CAN) who won the gold medal when in the final she defeated TAMAOKI Momo (JPN). The bronze medals were won by FUNAKUBO Haruka (JPN) and KWON Youjeong (KOR).

In the -63kg category there was a surprising gold medal win for unseeded DOI Masako (JPN) when in the final she defeated NABEKURA Nami (JPN). The bronze medals were won by NOUCHI Aimi (JPN) and TASHIRO Miku (JPN).