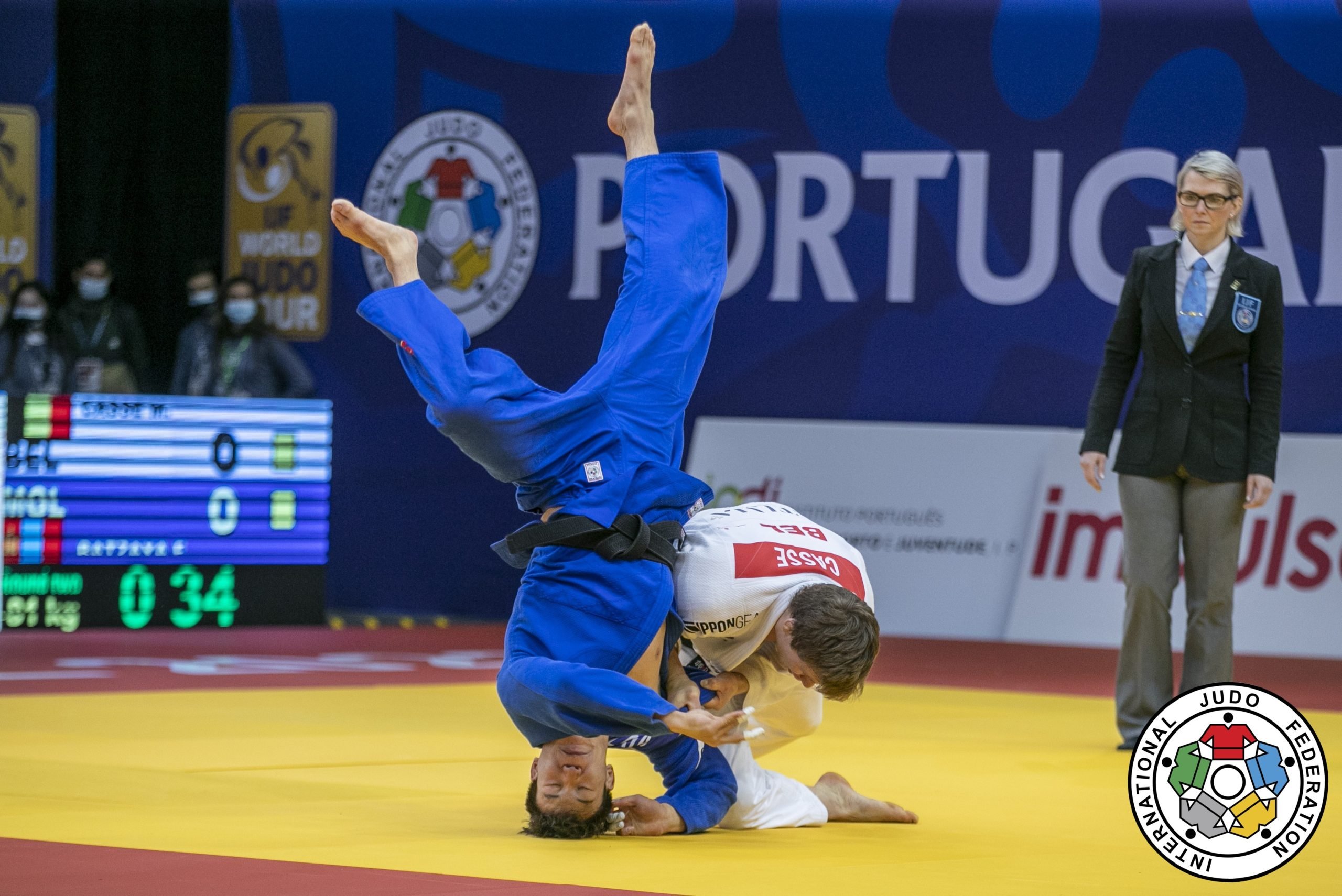 The second day of the first ever edition of the Portugal Grand Prix did not disappoint. Today we saw a continuation of new names bursting out on the big stage. Saturday in Almada brought us a very attractive and a very successful second day of the event for European Athletes.

The top seeded athlete of the U81kg, WRL #2 and current World Champion, Matthias Casse once more secured gold medal at the end of the day, In the final he scored an ippon against Oskari MAKINEN of Finland, who was ranked #115 at the beginning of the day.

Surprisingly this was his first Grand Prix gold medal EVER.

Yes, it was my first Grand Prix gold medal ever. It’s good thing of course to win every competition there is, I’m very happy about it.

It’s important to be here and to feel the different judokas, I had opportunity to fight against Japanese which I never seen before, it’s a great experience and these competitions are great for that. I will skip Paris this time, but of course I will support my teammates. Next competition for me will be Grand Slam in Tel Aviv, Israel.

European domination continued also in the U63kg & U70kg women categories. Dutch youngster 19-year-old Joanne VAN LIESHOUT won gold medal in the U63kg division. In the final she had a rematch with Iva OBERAN (CRO), both already met last year at the European Open in Zagreb, but this year VAN LIESHOUT was very well prepared for the rematch and celebrated after an effective O-Uchi-Gari which brought her ippon and the gold medal.

It seems like the first ever Croatian World Champion Barbara MATIĆ has cleared the path for her teammates, like 20-year-old, Lara CVJETKO (CRO) in the U70kg category. In the gold medal contest CVJETKO had a tight contest against Szabina GERCSAK of Hungary, but after the third shido in golden score, CVTJETKO was happy to celebrate her first grand prix medal on top of the podium.