Ceric wins silver with golden edge, but Germany takes it all 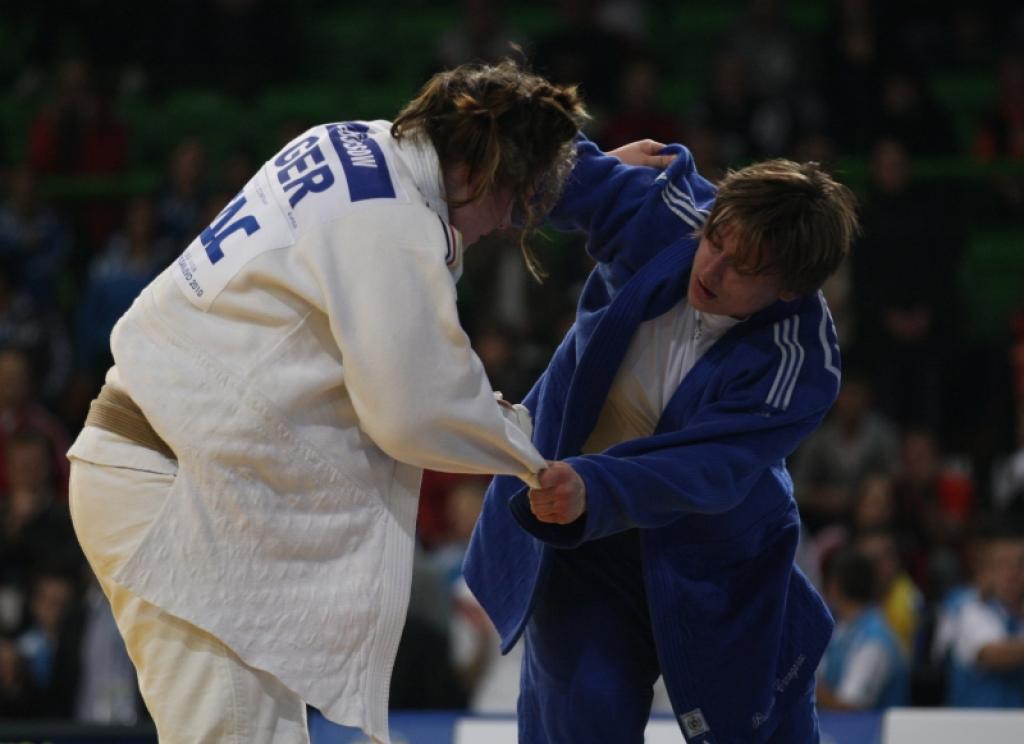 It could have been a great day for Bosnian judo, but winning silver after a thrilling final it was in fact already a great pleasure for Bosnia to have a finallist. Larisa Ceric already set the hall on fire when she defeated the reigning European U23 Champion Lucija Tangorre (ITA) in the semi final.

Bosnia’s hope for gold in the heavyweight category had to deal with Kristin Büssow of Germany, an old rival.
In the final against Kristin Büssow, Ceric was penalised but Büssow didn’t benefit.
The Bosnian 2009 World Junior Champion is the frontrunner of the federation and is one of the great hopes for the future. Fanatically coached by Branislav Crnogorac, the president of the organising committee and the federation. The crowd begged for a penalty for Büssow but that wasn’t rewarded. The score however was still equal and 20 seconds before the end Büssow was penalised as well.
More motivation for the crowd to scream for gold for Ceric. Both fighters pumped up the temperature in the Juan Antonio Samaranch sportshall and went for the final three minutes.

But Büssow who defeated Ceric for the bronze medal recently at the European U20 Championships didn’t gave any impression of losing this time. But now supported by the Bosnian public Ceric gave the ultimate to stand Büssow. After an exhausting eight minutes the referees had to give the decision, but in fact that decision felt hard at the crowd when the trio gave the victory to Kristin Büssow who won an amazing third gold medal for Germany.

Although disappointed the crowd kept motivated to support Ceric who received the applause of honour of the public.

With Germany’s gold it passed Russia in the medal tally as Andre Breithbarth had already reached the final and secured a medal for the Germans.