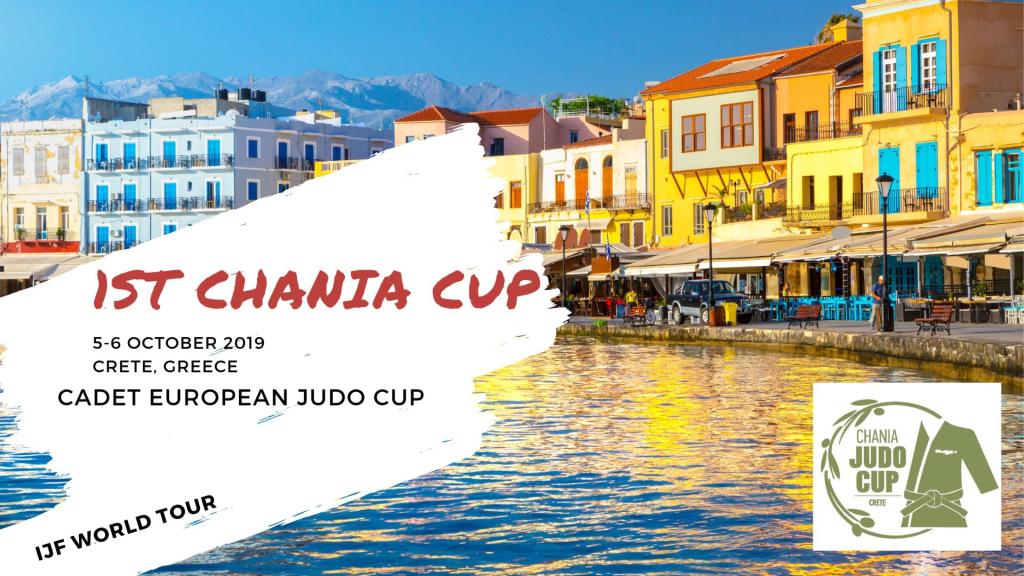 The young judoka will be aiming for success in their quest for medals in the Cadet European Judo Cup 2019 which is to be hosted in the city of Chania during the weekend of 5th and 6th October. This picturesque Cretan town will be the venue of an international judo tournament for the very first time. The entries so far suggest that athletes from 19 countries situated in three continents will put their skills to the test. The event, which will take place one week following the World Championships of the same age category, will be attended by the EJU president, Mr. Sergey Soloveychik and will be hosted at the Kladisos Indoor Fitness Center, whereas the training camp held afterwards will be at the Tavronitis Indoor Hall.

Standing out are the entries of Michail Tsoutlasvili (GRE) and Iasmina Covaciu (ROM) in -66kg and -48kg categories. They both won the bronze medal in the respective categories during the recent European Cadet Championships held in Warsaw. The category with the most registered athletes is -60 kg with 21 in total, followed by -66 kg (17) and -73 kg (16). In women, -57 kg boasts 12 competitors, followed by -63 kg with 11.

“From the administrative point of view, we are ready to welcome the world judo family to the city of Chania. The fact that the World Championship of the same age just finished last Sunday, while at the same time there was a grave problem with a world travel agency colossus, deprives us of the opportunity to have a vast number of entries, but it does not in any way affect the might of a prestigious international tournament, in a city that has been in the process of getting to know this Olympic sport for quite a while”, said national coach Nikos Iliadis.

“The city will be hosting their maiden international judo tournament, but with the helping hand of the local authorities, I am sure that it will shine through. From the very first moment everyone was on our side, hence we are already discussing the possibility of hosting the European Veterans Championship in 2020 in the town as well. I invite all sports fans to come to the indoor gym of Cladissos to watch the duels of some of the leading athletes and athletes of the new generation from up close.

For some of these youngsters, Greeks as well as foreigners, Crete will be just the beginning of a great journey in thes foreseeable future. It is worthwhile for the fans to witness their effort and applaud them.”

The Ambassador of Japan to Greece, Mr. Yasuhiro Shimizu, will honor the event with his presence. Games of both days start at 10:00 in the morning. The finals of the first day start at 16:15, while 15 minutes earlier the finals of the second and final day will get underway.