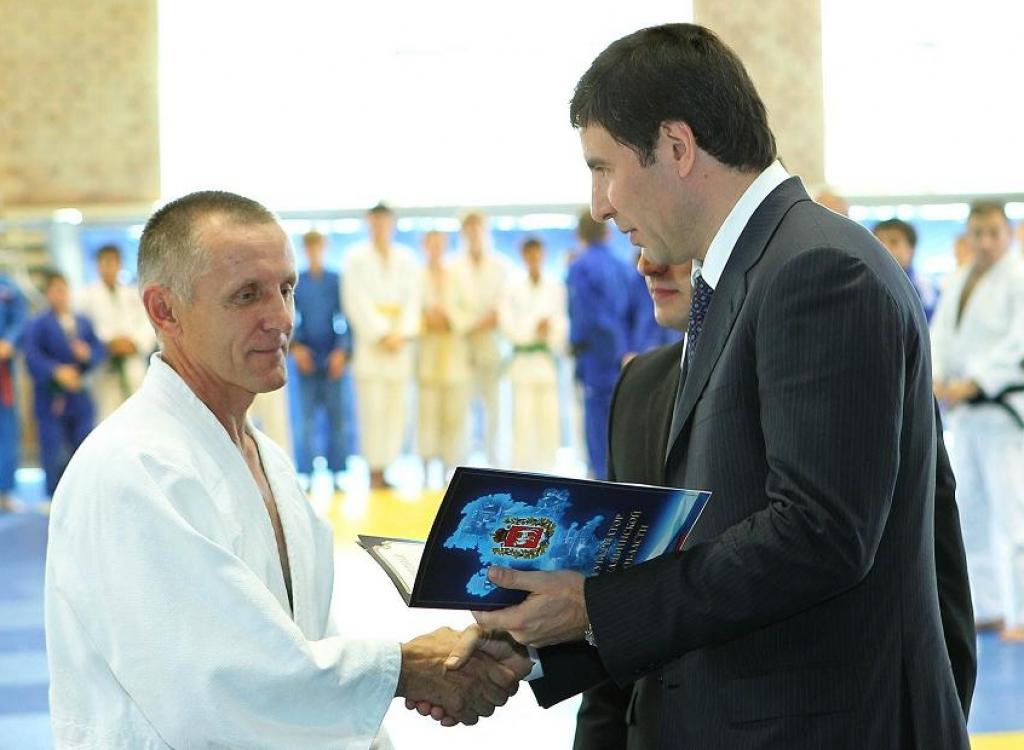 On November 15th honored coach of Russia Viktor Moseichuk celebrated his 60 years anniversary – he has been working for the Olympic judo school «Locomotive» for 37 years, says the press attaché of Chelyabinsk regional Judo Federation Valery Kitchenko.

«The most titled Moseichuk’s student – deceased Master of Sports of international class, European silver medalist (1991), the winner of the continent’s championship (1989) and the military World Cup (1992) is Givi Gaurgashvili. Good results were achieved by the silver medalist of the Soviet Union Mark Gorbunov, bronze medalists of the USSR and Russia championships Alexander Poltorak and Alexander Kulakov», Valery Kitchenko tells.

«The most important goal for me and my students is to achieve best results in the 2012 European Judo Championship and the Olympics. All athletes are looking forward to this event», says the hero of the day.
Viktor Moseichuk is sure that home championship will be held at the highest international level, the Ice Arena «Tractor» will be filled with fans. After Euro-2012 judo will become the most popular sport in Chelyabinsk region and Russia.

Russia is hosting another big event, the U23 European Championships, this weekend in Tyumen. Read more about it in our news section.