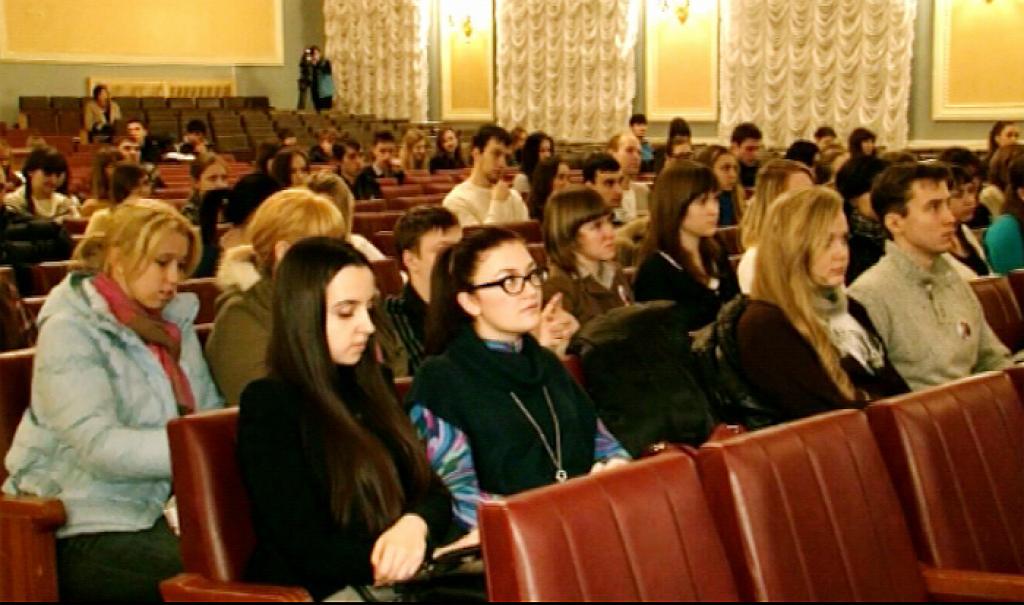 The first organizational meeting of volunteers who will work at European judo championship was held in the South-Ural State University (SUSU). The guys were shown a presentation film and a working plan.

“The impression that our city will made on guests directly depends on volunteers. They should try to make this tournament better than the previous ones. Volunteers must know not only the language, but also have some psychological skills. We will teach them. We hope to have good and friendly team, that will set the tone for the European Championship”, the director of the organizing committee Maxim Karpov says.
According to the organizing committee member Michael Podobed, the level of a large sporting event is conditioned by preparedness of the volunteer groups. Volunteers should have an idea about the features of judo, know the logistics of the championship: the location of the guests, transportation schedules, the order of events. In addition, volunteers must be able to play the role of guides to help at any time.
The volunteers recruitment started in November of 2011. During this period 600 schoolchildren and university students have applied for it. Most volunteers will be linguistics students . There will be several volunteer groups. Some will work directly with the delegations, another team at the ice arena “Tractor” – in the auditorium, the parking lots, locker rooms, and supply points.

“At first we will select the students to a different volunteer groups. For example, the delegation’s attaches should be with the athletes 24 hours a day, and to be always positive and helpful. Therefore we will select there resistant, communicative and responsible guys”, the leading expert of the main department of youth policy Irina Shilovich says.
Then volunteers will have the history lessons where they will learn Judo traditions and history of Chelyabinsk. Also the program includes training of cross-cultural characteristics of member countries and a special English course.
The European Judo Championship will be held in Chelyabinsk on April 26-29, 2012. More than 2.5 thousand guests and participants will come to the capital of the South Ural. This is the biggest launch on the eve of the 2012 Olympic Games in London, the last opportunity for European athletes to show off and earn ranking points.