Chelyabinsk is turning into the world capital of judo 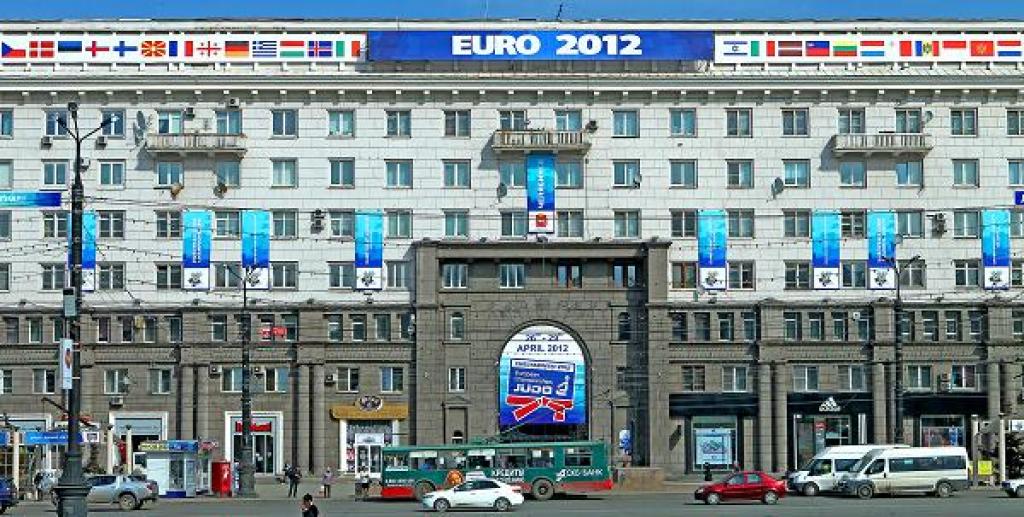 Chelyabinsk is dressing up for the European Judo Championship – it’s less than two weeks before the great event starts. The banners with a champion’s faces are already installed at the airport square and along the main roads of the city.

Now the central part of Chelyabinsk is being renovated. Dark blue constrictions with the symbols of the Euro-2012 and the European Judo Union are being installed on the buildings. Soon, the Revolution Square will be decorated with more than 500 multi-colored flags. The flags will be raised next to the Unost Sport Palace and the Center of Olympic Judo Training. Hundreds of flags will appear near the hotels and on the guest routes.

Two eight-meter flagpoles for the flags of European Judo Union and 50 European countries will be installed at the main entrance of the Traktor Arena, the main venue of the competition. The European Judo Championships among adult athletes will be held on April 26-29. More than 2.5 thousand guests and participants will come to the South Ural’s capital.

Watch the pictures of the preparations in our media gallery: